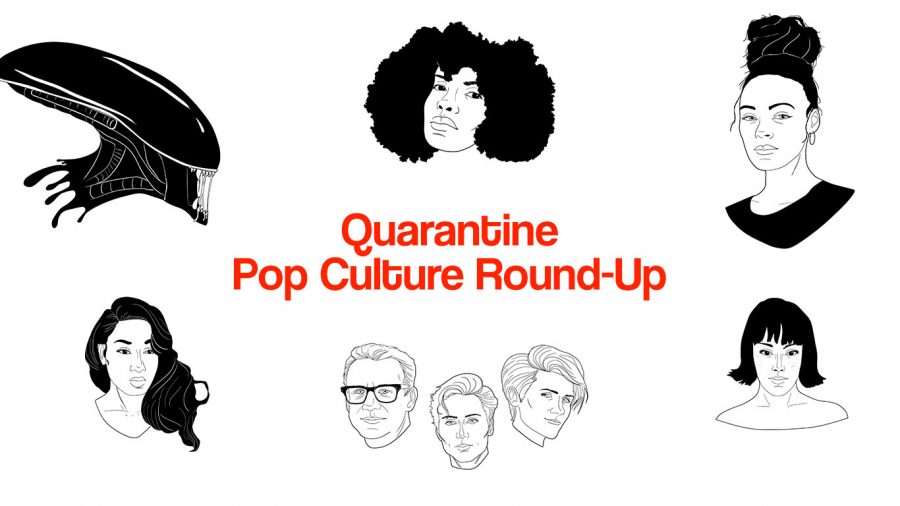 During the time of quarantine amidst the COVID-19 pandemic, creators have taken over social media platforms trying to cure your boredom. With so many things happening, you may have missed a few exciting things that could really pique your interests. Here are some posts that you may have missed from this week, and a few upcoming virtual live performances this weekend.

In honor of the iconic movie that launched one half of the “Alien vs. Predator” series and the movie franchise that made Signorney Weaver a household name, many sci-fi fans rejoiced in the terror that director James Cameron brought to the big screen, and showed appreciation for H.R. Giger, the creator of the famous xenomorphe.

The Black-centric instagram account “Strong Black Lead” continues to release more content during the seemingly long-lasting quarantine with their new podcast “Okay, Now Listen.” Debuting on April 30, the podcast will be posting bi-weekly discussions on pop culture of the week, as well as other topics. The podcast is hosted by Scottie Beam and Sylvia Obell.

Featuring Benito Skinner (of Instagram skit fame), Fred Armisen (Saturday Night Live), and Cameron Esposito, the Dynasty Typewriter theater in Los Angeles on Wilshire Boulevard hosts an event every Sunday called “Watch Go! Day.” Just as their Instagram post states: A “creative connection & absurd inspiration from the Dynasty Enchantiverse!” The event will be hosted by Vanessa Ragland and Jamie Flam and will be livestreamed on May 3 at 2 p.m. PST. The livestream will be on YouTube.

While Megan and Beyoncé blew the whole week out of the water with the remix of “Savage” on Wednesday, Doja Cat was not far behind. Earlier this week, she announced that she was releasing a remix of her hit song “Say So” off of her most recent album, “Hot Pink.” The collaboration, with Nicki Minaj as the featured rapper on the beloved track, broke social media once again.