NCAA planned to cut some sports, players and coaches spoke against them 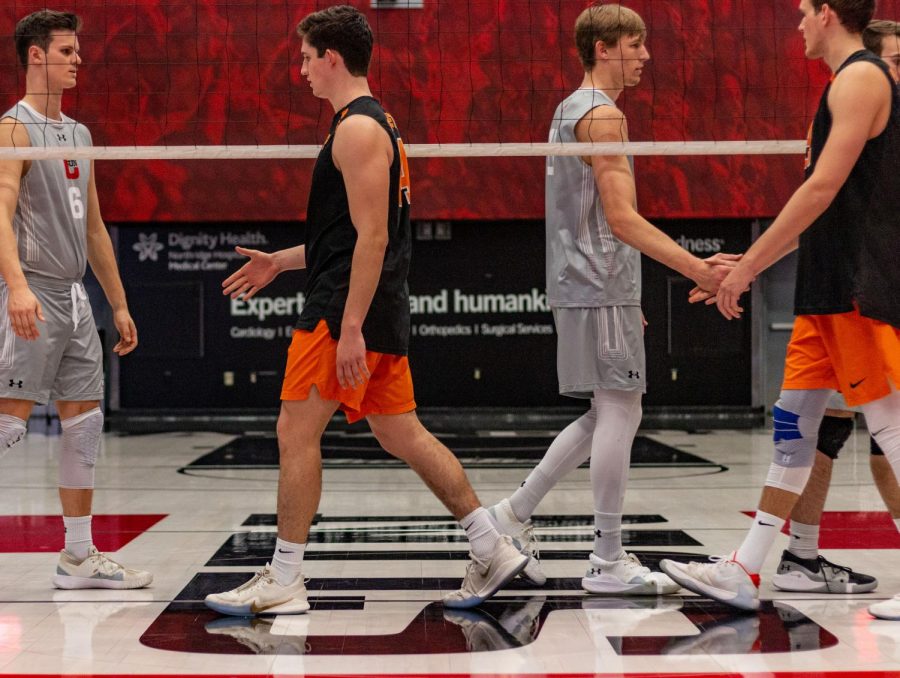 NCAA proposed a plan that would cut the minimum number of programs per college from 16 to 12.

The effect that the COVID-19 pandemic has had on the finances of corporations is unprecedented, with even the NCAA falling victim to the economic distress.

As a way to save some money during these times, proposals were being made that would potentially cut out some sports from colleges all over the country. The proposal would have cut the minimum number of programs per college from 16 to 12.

“It was a little scary for us all,” said CSUN Men’s Volleyball Outside Hitter Griffin Walters. “Men’s volleyball isn’t historically a big sport so it was scary to think that something that gave us so much could be taken away.”

There were many people who were extremely against this from the onset of the proposal. One of the main advocates against this proposal was UCLA men’s volleyball coach John Speraw. In a Twitter video he released, Speraw discussed the damage lowering the minimum teams would cause.

“Once we cut those opportunities, they won’t come back,” said Speraw. “There are ways to lower budgets without cutting opportunities to student-athletes.”

The passing of this proposal would have cut opportunities from both men and women student-athletes over the country. Speraw also stated that cutting programs would also hinder the U.S.’s ability to capture Olympic medals in those sports. Speraw is also the Team USA volleyball coach, so cuts to volleyball programs across the country would greatly damage the product brought onto the Olympic stage.

The Intercollegiate Coach Association Coalition has stood together in opposition to this NCAA proposal. In an open letter penned to the NCAA, the ICAC discusses their concerns with this cost-saving proposal.

“Our first and most important commitment must be to our students, and duty requires us to explore every possible avenue for maintaining our investment in them,” said the ICAC. “Now is not the time to cut them off from yet another critical institution that makes university life so special.”

The NCAA elected to deny the request to temporarily waive the minimum number of sports required to be a Division I member. In a statement on their website, the ICAC commended the organization for committing to its student-athletes.

“College sports can recover from cuts, but not from extinction. As the NCAA endorses new creative solutions that address the challenges wrought by this pandemic, we will continue to strongly advocate for the protection of sport sponsorship minimums,” said the ICAC. “Our coalition remains committed to safeguarding opportunities for our student-athletes who need our support now more than ever.”

While there are a lot of corporations struggling with finances during this pandemic, the NCAA has chosen to support their community and student-athletes during these uncertain times.

“I’m glad people realize the importance of all NCAA sports, the opportunities it brings people and that it can stay preserved,” said Walters.