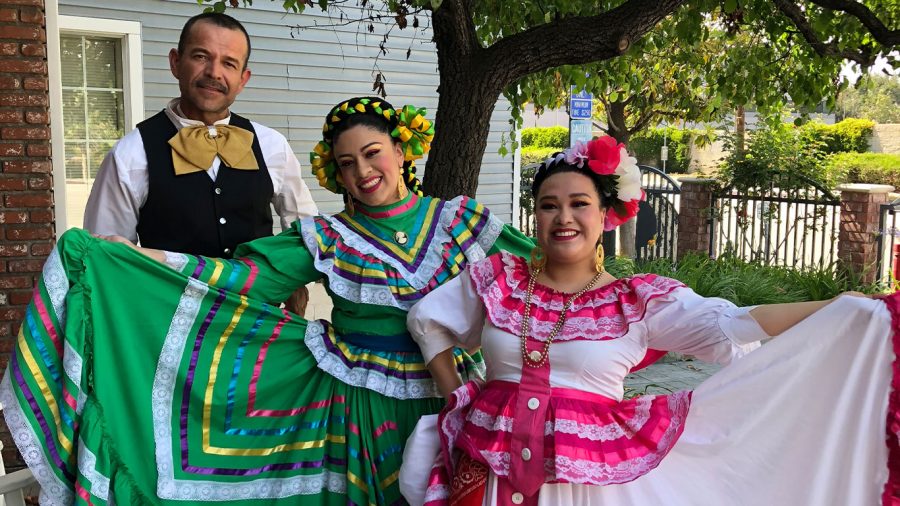 Contrary to what many believe, Cinco de Mayo is not Mexico’s Independence Day, but rather the day in which Mexico defeated the French during the Battle of Puebla in 1862 despite being outnumbered.

As many in the United States are home in quarantine, saddened that they won’t be able to go out and celebrate the fact that this year Cinco de Mayo has landed on a Taco Tuesday, people in Mexico don’t actually celebrate this day as much as we do here.

As a folklorico dancer with Ballet Folklorico de CSUN for the past four years, a day like today would have been a day where we would be doing what we call our Cinco de Mayo tour. Every Cinco de Mayo, members from our group venture out into the community and perform at different events throughout the San Fernando Valley.

From local elementary schools to senior citizen homes, we spend Cinco de Mayo performing and educating the community on what Cinco de Mayo really means to the Mexican community.

Waking up early to do our makeup, hair and preparing to dress up in our regional attire is something Ballet Folklorico Aztlán de CSUN and many folklorico groups do in order to celebrate and express our connection to our culture while in the United States.

We appreciate when schools and community centers take the time to bring a piece of our culture with folklorico or mariachi groups to their events as it brings a little piece of Mexico to each celebration.

Although when people dress in colorful sarapes with mustaches and participate as what has been known for years as “Cinco de Drinko” only as an excuse to drink tequila all day, it does not in any way shape or form show appreciation to our culture, but rather stereotypes our people and their celebrations.

And within folklorico, there is not only one state in Mexico and not one dance we perform. What is known to most people as the “Mexican hat dance” is not the only song folklorico groups know. The song, “El Jarabe Tapatio,” is from the state of Jalisco, which is popularly known for its mariachi. The attire for women is usually brightly colored and has a star shape sewn into the skirt for when the women spin while dancing. As for the men, they are usually dressed in charro attire with embroidered sombreros. Folklorico is a beautiful art that not many people appreciate, but people should consider there is more than one dance.

Cinco de Mayo this year cannot be celebrated as it has in other years because folklorico and mariachi groups are not able to come together to practice or perform amid the COVID-19 pandemic, but that doesn’t stop groups from celebrating. Across the globe, groups are utilizing virtual platforms to be able to hold folklorico classes and serenades during these difficult times.

If you’d like to celebrate Cinco de Mayo, then consider buying from a Latino-owned business for dinner today, buying from a Latino-owned small shop, or donating to farmworkers as many are Latino and unable to qualify for any financial assistance. Cinco de Mayo commemorates a historical victory for Mexico and should be celebrated with pride worldwide.