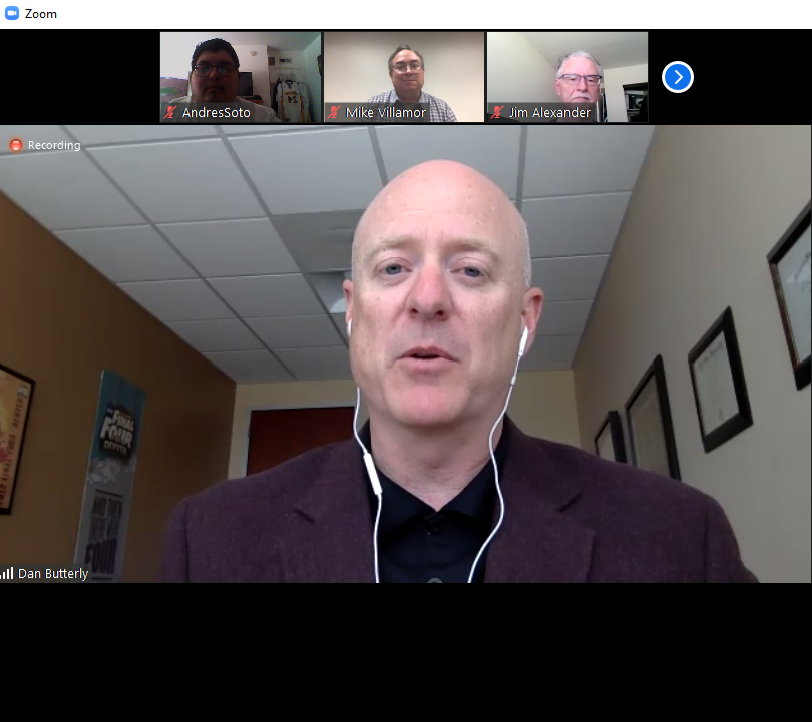 Dan Butterly was formally introduced as the new Big West commissioner in a press conference via Zoom on May 5.

The day after being named as the new commissioner of the Big West Conference, Dan Butterly was formally introduced in a press conference via Zoom on May 5. Butterly will officially start on June 1, the same day current commissioner Dennis Ferrell is set to retire after 40 years with the conference.

“It’s been a great search process, really enjoyed meeting with the member institutions over the last seven weeks and to be offered the opportunity to become the fifth commissioner of the Big West,” Butterly said in his opening statement. “But to also follow in the very big shoes of commissioner Dennis Ferrell … who obviously has a significant amount of knowledge, experience, and history with the league. It’s a little overwhelming to know I’m going to have to fill his shoes, as big as they are.”

Butterly joins the Big West after a 21-year tenure with the Mountain West Conference, where he is currently the senior associate commissioner and the primary sport and championship administrator for men’s basketball. He plans to use the Mountain West as a blueprint for his vision for the Big West.

“We have really gone into a lot of the data and analytics, and looked at the philosophies of each program in the Mountain West to determine where their program stands, how they should be scheduling,” Butterly said. “That is the model I’m looking at.”

Butterly also noted that he specifically wants to improve the conference’s competitiveness in men’s basketball, which was ranked 24th in the Ranking Power Index according to teamrankings.com. One of the goals he has set for the conference is to not just have a team in the NCAA tournament, but have a team that can advance past the first round, followed by having two teams in the tournament.

After bringing up the national championship potential within the conference in men’s and women’s volleyball and baseball, Butterly added that he wants all sports in the Big West to be competitive nationally.

Butterly is stepping into a leadership role during an unprecedented time not just in the Big West or the NCAA, but in all sports due to the ongoing COVID-19 pandemic which caused all spring sports to be canceled while the fate of fall sports remains up in the air.

“Whether our campuses can be open in the fall is really going to dictate whether we’re going to play sports in the fall,” he said. “You can’t have sports necessarily playing if your students aren’t back on campus. So it really is a national issue that may be out of the control of individual conferences.”
Whether or not fall sports will be played — with or without fans present — remains to be seen, but Butterly made it clear that he does not support the recent controversial NCAA proposal to cut the minimum number of Division I programs from 16 to 12.

“That’s the last thing that any program wants to do is cut opportunities for student-athletes,” he said. “Based upon the interviews I’ve had with the search committee and the things that they’re looking to do to make sure that their programs will be successful moving forward.”

In a press release sent out by the Big West on Monday, Butterly was quoted as saying he wants to help “foster innovation and research” into the conference’s approach, which he explained on Tuesday that he hopes to accomplish by expanding the conference’s broadcast capabilities to include features on student-athletes and possibly a shot tracker similar to the one in Mountain West basketball facilities.

“The Big West Conference footprint is in the most innovative and technologically advanced area of the country,” Butterly said. “To work with those companies directly … to help them help us research and find ways to improve our facilities or enhance the capabilities for our fans and our student-athletes.”