A tale of two Artests: A generational bond beyond basketball 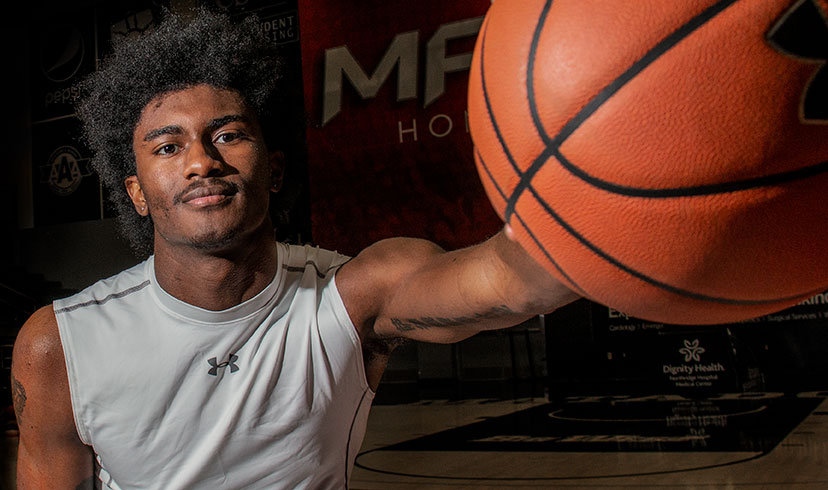 He’s used to it now, but he still remembers sitting in an elementary school classroom, waiting for the teacher to take roll.

“Ron Artest?” the teacher called out.

The entire class turned around almost immediately and stared at the young boy as he answered, their eyes burning into his subconscious.

“It was just super uncomfortable,” he said.

It’s not easy carrying your father’s name, especially when your father is a former NBA champion, Defensive Player of the Year, two-time first team All-Defense and an All-Star. But that’s exactly what Ron Artest III has done. Over time, Artest got used to the conversation that would follow whenever he met new people.

“Do you play basketball?”

“You should start playing.”

Truthfully, Artest didn’t even like playing basketball growing up, at least not competitively. He would play pickup games with friends, but that was the extent of his interest. He actually recalled making his high school team in Indiana as a freshman, but never returned after conditioning at his first practice.

Artest never told his dad that he quit basketball and instead updated him on his performance in intramural games. Metta Ford-Artest, who was playing with the Lakers at the time, didn’t find out about his son’s lie until he called the coach at the end of the season to ask how Ron was doing, only to find out the truth. The very next day, Ron was on a plane to Los Angeles to live with his dad. By the end of the week, he was enrolled at Pacific Palisades High School and started training to join the basketball team his sophomore year.

“I felt a little bit of pressure. I was like, ‘I’m playing basketball. I’ve got to be as good as (my dad) or maybe better,’” Ron said. “That’s what I have to live up to.”

It was almost the exact opposite experience of his younger half-brother, Jeron Artest. Jeron grew up with his mother, unlike Ron who grew up with Metta for most of his life.

“We’re really close,” Jeron said about his relationship with his mom. “She’s like my best friend.”

There were no expectations for him to pick up a basketball, he just did. He tried out for his first organized team at eight years old not because anyone forced him to, but simply because it was fun for him.

While Ron is a spitting image of his father, Jeron is shorter and lighter skinned. He said that he went through most of elementary and middle school without many people knowing who his father is, but felt the same pressure as his brother later on.

“When people think of NBA players’ sons, they think of the dad first before the son,” Jeron said. “If they would top what their dad has achieved or not … it’s a lot harder than people think it would be.”

Despite being brought up around the game, some of the Artest brothers’ favorite memories together have nothing to do with basketball. They recall playing “Call of Duty: Modern Warfare 2” together, watching quickscope videos and trickshots on YouTube, and even starting a YouTube channel of their own where they recreated popular videos at the time such as NigaHiga’s “How to be Ninja.”

“At the time, that’s the dude that was going viral,” Ron said. “We were just trying to mimic him and copy his videos.”

Jeron added, “It was just a whole bunch of shenanigans when we were young.”

While nothing came out of their short-lived careers as YouTubers, Jeron credits those memories with his brother as sparking his interest in tech, which ultimately led to him majoring in computer game science at UC Irvine.

Their relationship as brothers carried over onto the court as well, but not in a competitive way. Instead of trying to beat each other, Ron and Jeron always played on the same team in pickup games and have never played against each other one-on-one.

“I think it goes to show we respect each other,” Jeron said. “Whoever has the ball first would probably be the one to win.”

Ron added that while they both pride themselves on their defense, Jeron is a much better shooter than him.

When Metta was a member of the Sacramento Kings, Ron and Jeron, then aged 10 and eight respectively, stayed with him for a while. According to Ron, they were playing each other on a Nerf hoop when he elbowed his younger brother in the nose, which started bleeding. Jeron was about to start crying but Ron, afraid that he would tell their dad, distracted him by making funny faces.

According to him, the two were outside playing HORSE on a full-sized hoop and a shot from Ron ricocheted off the backboard and hit Jeron square in the face, causing his nose to bleed. When Jeron was about to cry, he remembers his brother making the funny faces so that he wouldn’t tell their dad.

“Maybe we just have to jump in a time machine and see what really happened,” Ron said as he burst into laughter. “It was a long time ago, we both might be lying.”

At CSUN’s practice, the team goes through drills while Ron sits off to the side on the bench, his arm in a sling. He dislocated his shoulder in December and also partially tore his labrum, which effectively ended his season. He trades his glances between his phone screen and looking longingly at the court, bored and wishing he could get back out there.

Before his injury, Ron and Jeron were set to play their very first game against each other as rivals in the Big West Conference at the Matadome on Feb. 22.

“Since we got our schedules, I looked like, ‘When are we playing CSUN?” Jeron said. “So it’s always been on my mind from basically the jump.”

The injury put those plans on hold while CSUN and UC Irvine would go on to split their season series with one win apiece.

Ron’s sole focus is now on fully healing his shoulder so he can contribute to the Matadors’ next season, and so he can finally play against his brother.

“I want to get on the court and embarrass him,” Ron said with a smile.