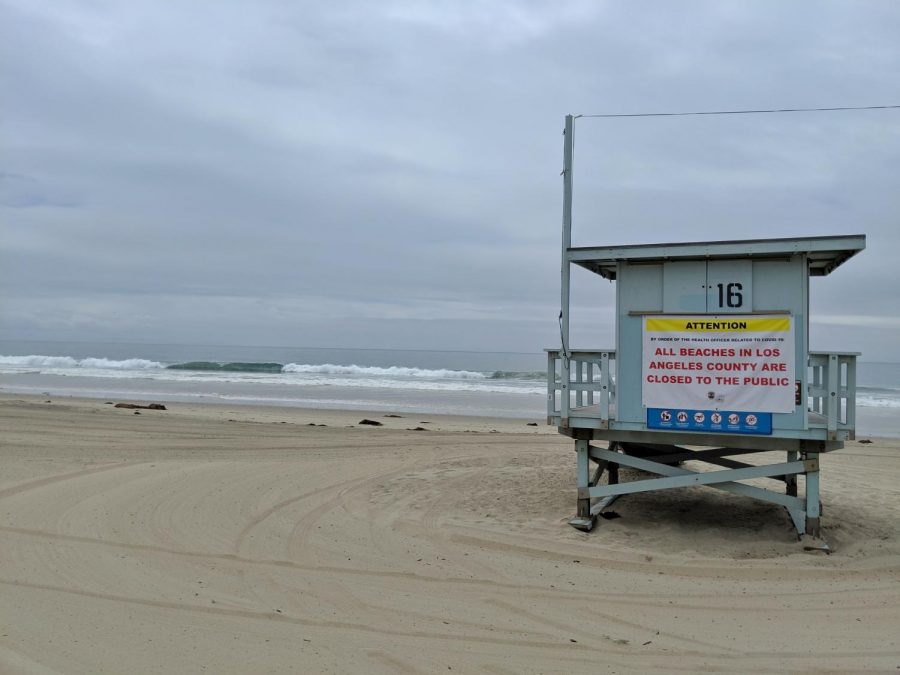 Zuma Beach in Malibu remains empty on Tuesday May 12, one day before beaches are set to open on Wednesday.

Los Angeles County beaches are set to open Wednesday after two months of closure during the pandemic.

The beaches are restricted to active use, such as running, walking, swimming and surfing. Six feet of social distancing is still going to be enforced, and wearing face masks is required except for when in the water.

The day before the restricted reopening, Zuma Beach in Malibu was empty. Many of the lifeguard towers still donned signs of the beach’s closure.

In addition to the beaches, parks and trails have been closed in Malibu. The City has since launched a virtual recreation center.

The announcement of the beach reopenings comes days after LA Mayor Eric Garcetti announced recreational trails would be allowed to open during a press conference on May 6.

Runyon Canyon remains closed, as one of LA’s popular hiking trails. Physical distancing should be followed, and face masks should be used when in the trail parking lots or around other hikers. Hiking groups should be limited to members of your household, said LA County Parks and Recreation.

The Trails LA County website provides more updates as to which trails are currently open.

Orange County beaches began opening in April, during Southern California’s first big heat wave of the year. The “active use” rule was enforced but it was ignored by many beachgoers who flocked to and lounged on Orange County’s open beaches.

The Huntington Beach City Council voted to sue the State of California and claimed Newsom overstepped his powers.

Orange County Superior Court Judge Nathan Scott is expected to come to a decision by the end of this week.

“This virus doesn’t take the weekends off,” Newsom said in a press conference. “This virus doesn’t go home because it’s a beautiful sunny day around our coasts. The likelihood of having a virus-free world is not realistic in the next number of months.”

A California beach tracker created by the LA Times can be found here.