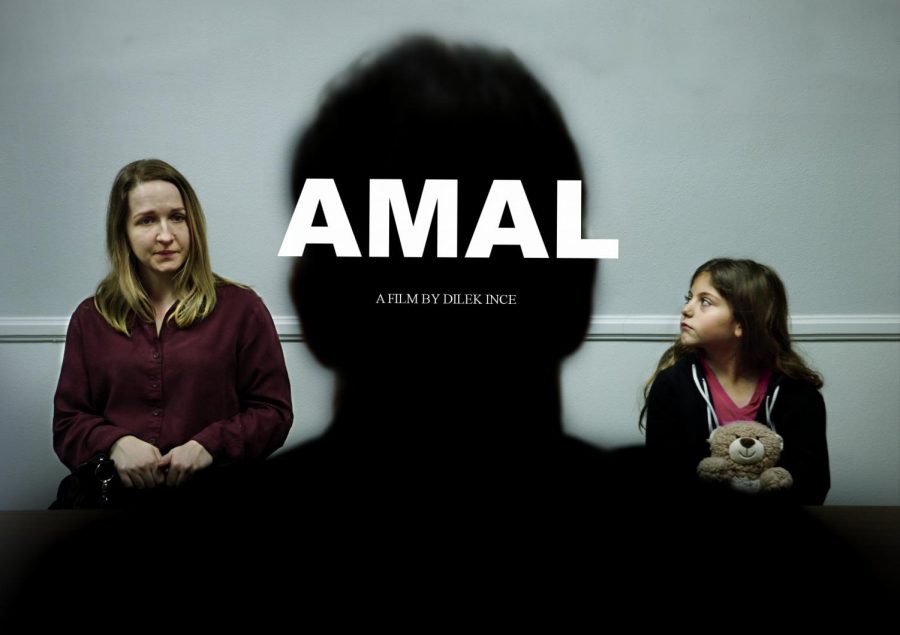 Formerly known as the Latin American Film Festival, the event was relaunched this year by CSUN and UNAM with a focus on student films. The CSUN and UNAM Student Film Fest is available online from May 1 through May 31.

The CSUN College of Social and Behavioral Sciences in conjunction with the Mike Curb College of Arts, Media and Communication, and UNAM-Los Angeles organized an exclusive online event to showcase the creative contributions of film students from two film schools, the Escuela Nacional de Artes Cinematográficas UNAM and CSUN Department of Cinema and Television Arts.

Ince’s film “Amal” tells the story of an American volunteer doctor who witnesses a tragic event that leaves a young Syrian girl without a family. The doctor adopts the girl and hopes to bring her home, but problems arise when a travel ban is placed on Syrians coming to the United States.

“Amal” was one of the four films to win the Stella Award, which is awarded to four films based on their cinematic quality and storytelling ability. According to the festival’s website, the Stella Award was created in honor of CSUN’s Interim Provost and Vice President for Academic Affairs Dr. Stella Theodoulou, who championed the partnership between CSUN and UNAM.

Ince answered a few questions from The Sundial in an email interview:

What was your inspiration for your film? What was the drive behind the movie?

“My inspiration for the film was mainly the children. Every time I watch the news about war, I always focus on the children. I wanted to show how war affects them. There are so many children in the world who have lost their families, their homes, and everything, including their childhood. They have to become adults at a very young age. And they have no choice. I felt that no one talks about that. I feel the children are forgotten. So, I just wanted to remind children that they are not forgotten. That is why the name of the film is ‘Amal,’ which means hope in Arabic.”

Did you know anyone affected by the Syrian travel ban?

“I don’t know anyone directly affected by the travel ban, but I heard sad stories regarding the children.”

What was your budget?

“It is very hard to give a very specific number because we won the Arri Grant for our production, which covers all the camera and lighting equipment fee. In addition, CSUN helps students with the Hollywood Foreign grant of $5000 during the production and post production for each project. Later, we also received the Caucus Foundation Student Production Grant. Each crew member also contributes money to the projects. So the total was probably around $22,000 if you consider the grants we received, I am so grateful for that.”

How long did it take you to write the screenplay?

“It took two days, but I had been thinking about the idea since the beginning of the semester. I started writing another short movie which was much simpler, with only one location and not many actors. I was going to pitch that one. But I changed my mind at the last minute and started to write the script two days before the end of the semester. I didn’t even have time to write my second draft, but I was happy that I was able to finish the story that I wanted to tell.”

What do you want audiences to take away from your film?

“I love movies that are open-ended. It is vague and not clear what happens to the characters, allowing the audience to use imagination and think about the movie afterwards. I wanted to create awareness regarding the children who lost their families and their home. I wanted the audience to ask themselves what would happen to the other children that were not saved like Amal and were left behind. Maybe one day they can all be saved.”

Your movie is very emotional. Was that a motive?

Which particular filmmaker has influenced you the most?

“This is a very hard question to answer because there are many of them. Some of them are Alfred Hitchcock, Steven Speilberg, David Fincher, Martin Scorsese, Roman Polanski, Alejandro González Iñárritu and Ridley Scott.”

Any news on your next project?

“I am working on my feature script and also on my original tv show pilot.”