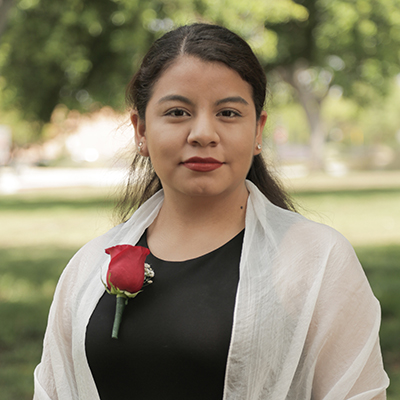 Photo Courtesy of AS

AS President Diana Vicente to serve as chair of Cal State Student Association.

Outgoing Associated Students President Diana Vicente has been elected Chair of the Cal State Student Association Board of Directors, according to a CSSA spokesperson.

The CSSA is a nonprofit student organization that advocates on behalf of California State University students at the CSU system, state and federal level. It is partly funded by a semesterly $2 student involvement and representation fee. Each year, the CSSA may nominate up to five Student Trustees, who are appointed by the Governor of California to sit on the CSU Board of Trustees for two-year terms.

The organization sponsors state legislative bills that affect students and lobbies in Sacramento and Washington, D.C. on behalf of all CSU students. Moving up from campus-level governance, Vicente’s work will represent all CSU students to CSU leaders and California legislators.

“CSSA is the primary advocate for every single CSU student, so as I’m switching hats, I’m going from representing around 36,000 to now representing about half a million students,” Vicente said.

Elizabeth Rocha Zuñiga from CSU Fresno and Garrick Wilhelm from CSU San Francisco were also in the running for chair position.

The board of directors serves as the voting body for elections. Vicente said the voting process reminded her of the breadth of CSSA, as the organization represents all CSU students.

“When your election happens, you have to stand before 23 individuals, who behind them have an entire population of students,” Vicente said. “When they’re voting, they call out every single CSU name, and whoever is speaking is representing one of those 23 campuses.”

Vicente replaced the previous chair of CSSA, Zahraa Khuraibet. Khuraibet, a graduate student at CSUN, ran uncontested for the position of president of the Board of Directors. According to Vicente, AS President-elect Rose Merida will serve as CSUN’s representative on next year’s board.

As she starts her graduate studies at CSUN, Vicente’s extracurriculars will revolve around CSSA.

As chair, Vicente will be tasked with making sure CSSA adheres to the Gloria Romero Open Meetings Act of 2000 in order to ensure all meetings are equitable for all students that want to attend.

“It wouldn’t be fair if we tell a student ‘You have to come to this meeting but you have to speak our language, you have to know our rules.’ That’s not fair to ask of a student that maybe has never been involved in student government,” Vicente said.

Vicente’s official role as CSUN’s AS president will end on Sunday. The latter half of the spring semester was spent working from home in the midst of the coronavirus pandemic.

“Things were just changing day by day,” she said. “At that point, my role was to represent the students and see how we’re going to be supported through this and asking the questions that they need to answer.”

“I remember one of my biggest questions to President Harrison at the beginning of things was ‘What about all of our student employees? Are they going to continue to be paid?’” Vicente said. “And that was definitely a conversation that we had about not firing the students that work for the university, and giving them a chance to continue to be paid until the end of the semester.”

During her time as president, Vicente launched initiatives to encourage student engagement with AS. She hosted events such as Commuter Week and created a new position within AS –– the chair of Diversity and Inclusion. She was also the first AS president to hold outdoor senate meetings in an effort to be more accessible to students.

Vicente also introduced a financial aid opportunity that will be available to students in the fall semester. The “Support You Deserve” program will give students vouchers to purchase books and materials.

As the newly-elected AS President Merida takes office, Vicente will continue her advocacy work for all CSU students. Her main priority as chair of CSSA is to make more students aware of CSSA’s mission.

“We have a very low turnout of the average student at most of our meetings, which I don’t think is good considering how much we can actually help them,” Vicente said. “I think one of my biggest goals is to really change that culture and make sure that students know that we are there for them and that we’re able to represent them.”