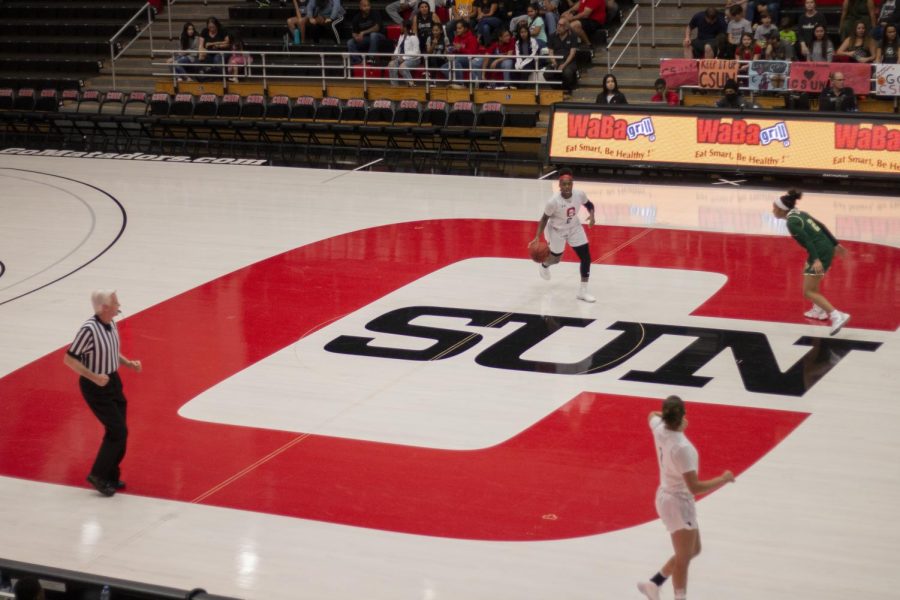 Lani Taliauli, Talia Taufaasau and Anaiyah Tu’ua are the latest recruits that will join the Matadors next season.

Guard Talia Taufaasau will transfer to CSUN from Ventura College. During the 2019-20 season, she shot 43.4% from the field and led Ventura College in scoring with 13.9 points per game. She also added 100 assists, 37 blocks, 20 steals and 103 rebounds to her season totals.

Lani Taliauli is a 6-foot forward from Central Wyoming College, a junior college in Riverton, Wyoming. During 2019-20, she averaged 9.8 points on 53.6% shooting and 5.3 rebounds per game. Taliauli only played eight games due to knee injuries.

Before her time at Central Wyoming College, she started her junior college career at Sheridan College where she averaged 7.6 points.

Anaiyah Tu’ua, the only freshman of the group, joins CSUN from Troy High School in Fullerton, California. Tu’ua averaged 10.3 points, 3.3 rebounds and 4.4 assists per game as a senior.

Tu’ua helped Troy to a 23-10 record and reached the CIF-SS Division I finals in February before losing to top seed Harvard-Westlake.