Memorial Day 2020: How L.A. residents can honor from home 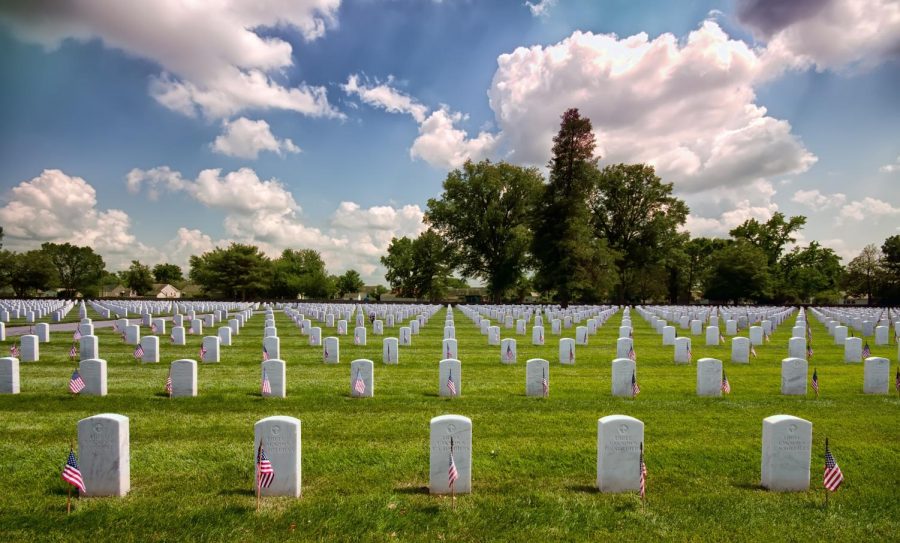 Memorial Day has been observed since 1868, but it wasn’t recognized as a national holiday until after World War I. It was initially known as Decoration Day, which was observed by placing flowers and flags on the sites of fallen soldiers, according to PBS.

The National Cemetery Administration, part of the Department of Veterans Affairs, maintains veterans’ graves as national shrines. In the past, the NCA places flags on the gravesites of military service members at national cemeteries. Volunteers are largely responsible for placing and retrieving gravesite flags, but the NCA has decided to halt this activity this year in an effort to follow Centers of Disease Control and Prevention guidelines.

“Limiting the number of volunteers is not practical,” an NCA statement said. “Cemetery staff will conduct a wreath-laying ceremony to officially commemorate Memorial Day.”

Visitors who traditionally attend Memorial Day services at the L.A. National Cemetery may do so this year through a telecast.

Forest Lawn Cemetery in Glendale will livestream a Memorial Day service on Facebook, on Monday at 10 a.m.

Eighteen vintage war planes, also known as warbirds, will do a flyover of 19 locations on Monday, starting at noon. The civilian-operated planes are known for their former service in the U.S. military and their airborne formations at special events.

Memorial Day also marks the unofficial start of the summer season, as some L.A. residents spend the extended weekend at the beach.

L.A. County previously reopened beaches and defined allowable recreational activities as walking, running, swimming and surfing on May 13. The latest update reopened bike paths, which allows individuals and families to ride their bikes to the beach.