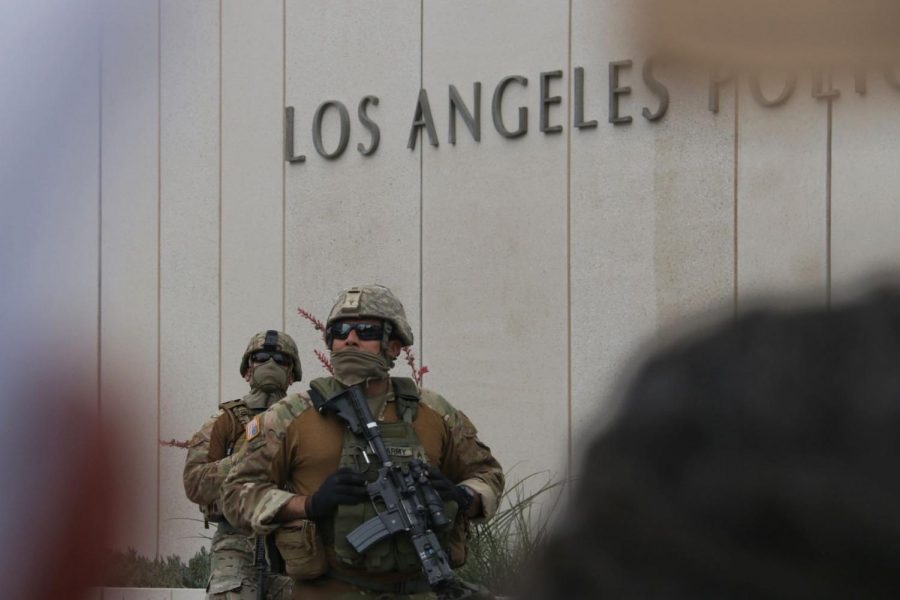 The National Guard stands outside of the LAPD headquarters in downtown L.A.

After chanting outside of the City Hall’s steps, the few thousand demonstrators marched through the city and eventually made their way on the northbound 110 Freeway. Just before 2 p.m., the protesters walked onto the freeway, where there was no police presence. The protesters got off the freeway at the next exit.

Local residents cheered on the protesters from their balconies, while the rifle-wielding National Guard members defended local businesses.

As the protest settled outside the LAPD headquarters, demonstrators urged police officers to take a knee with them. None of the LAPD officers did.

The group got frustrated and made their way back to the City Hall and continued to chant, “Justice for George!”