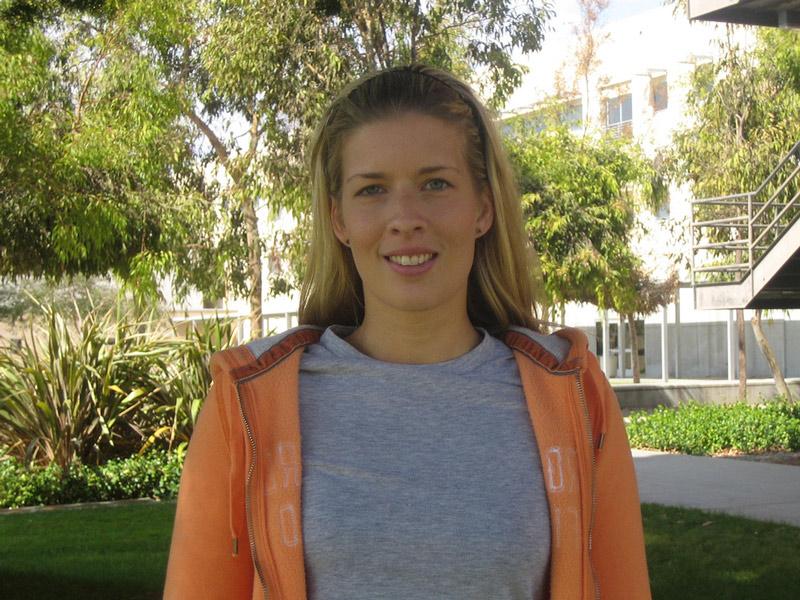 A free college education did not come without its costs for international student Elinor Temple, originally from Sweden.

Temple, a 28-year-old business accounting major, said it was the freedom of the education system in the United States that enticed her to give up her free education in Sweden.

“There are disadvantages to the free education system in Sweden. It’s free, but it’s really competitive,” Temple said.

In Sweden students must be high achievers in high school in order to even be considered for the major they wish to pursue in college, Temple said.

“Majors like psychology, business … if you don’t have super good grades from high school then you’re not going to get into those programs at all,” she said. “Then you’ll have to settle for a major that’s maybe close to it, but not quite what you want and that’s not as popular.”

The baccalaureate program in Sweden takes three years to complete instead of four years as it does in the U.S., Temple said. The reason is because schools in Sweden do not require students to take general education courses.

“The education here is a lot broader, in the way that we have general education here so you learn a little bit of everything,” Temple explained. “In Sweden, your major is three years instead of four, and it’s just three years of that one subject that’s your major, you don’t do anything else, so it’s a little more narrow.”

Temple enjoys learning about different areas of discipline, something that she would not be exposed to if she did not come to CSUN.

Temple came to the U.S. a few years ago because she wanted to experience a different culture and considered living in Australia or Canada. It wasn’t until she saw pictures of a community college in Santa Barbara that she decided on moving to California.

“There was no deep, profound reason why I chose Santa Barbara. It just happened that way and I’m really happy I chose it,” Temple said.

She studied at Santa Barbara City College for a few years and then went back to Sweden. Being back home in Sweden made Temple miss the U.S. and she decided to come back to finish her degree at CSUN.

For Temple, studying abroad was an easy decision. She credits her mother’s sense of adventure that inspired her to want to experience a new life in a different country.

“I knew I wanted to go abroad and study. I think I got it from my mom. I think it was kind of in my blood, I wanted to see somewhere else.”

Adjusting to the U.S. was not difficult for Temple because the cultures were not that different, she said.

“Sweden has become a lot more Americanized I would say in the last 20 years. It wasn’t that much of a difference.”

Temple did not have any language barriers to overcome because in Sweden classes are taught in English starting in the third grade.

The differences Temple does see between the two cultures is that she finds Californians to be more open to talking to strangers.

“For me Californians are really outgoing and friendly and happy. In Sweden, no one ever talks to strangers. Here people say hi and ask how your morning is going,” Temple said. “If you do that in Sweden they will think you’re crazy.”

Temple has visited Florida and New York and would eventually like to take a road trip across the U.S. One of her top destinations is the South.

Temple said that no matter where she goes Santa Barbara will always remain her home.

“I see myself growing old there,” she said.

Even her mother loves it. “She keeps saying she’s going to retire there,” Temple said smiling.