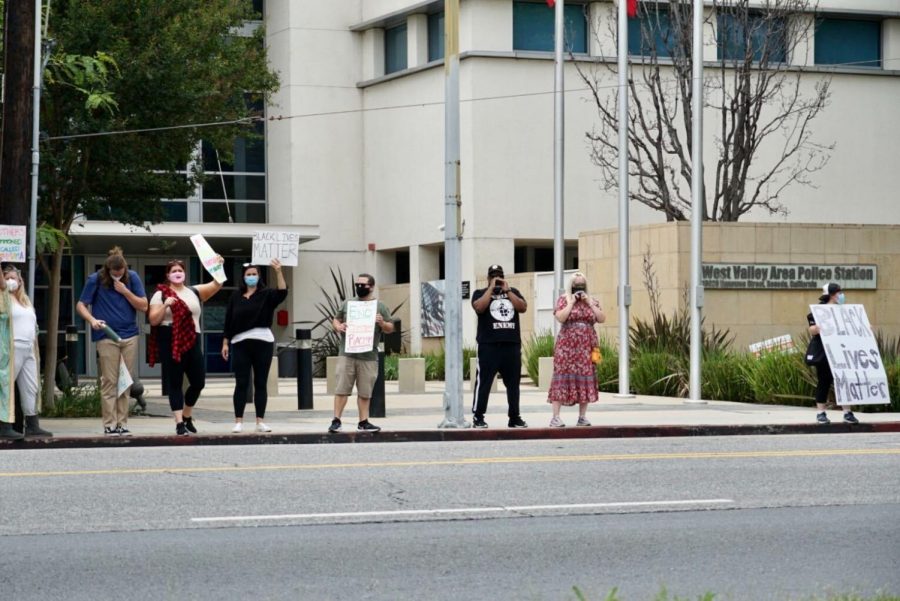 RESEDA — As protests across the country continue, a University of Southern California student organized a gathering in front of the West Valley Police Station in Reseda on Saturday morning, in hopes of challenging media portrayals of violence and looting happening during protests.

The organizer, who only gave the name Eduardo, said he has noticed individuals who are concerned about attending protests because the media has portrayed them as violent.

“The motivation was to create something here in our backyard as a way to change the communities’ perspective of what a protest looks like, that (protests) are not violent and that we can get our message across by being just here,” Eduardo said.

He said he wanted to show that the community stands with the Black Lives Matter movement.

Celeste Watson, 27, attended the protest and said it was important for demonstrations to take place outside of downtown Los Angeles.

Xavier Booker, 26, hoped to educate others on Black Lives Matter by attending protests and having conversations.

“My life matters, it’s time for a change. People are tired,” Booker said. “At the end of the day, whatever uniform you put on, when you take that off, the color of your skin remains the same.”