Editorial Letter from The Sundial: Seeking justice through journalism 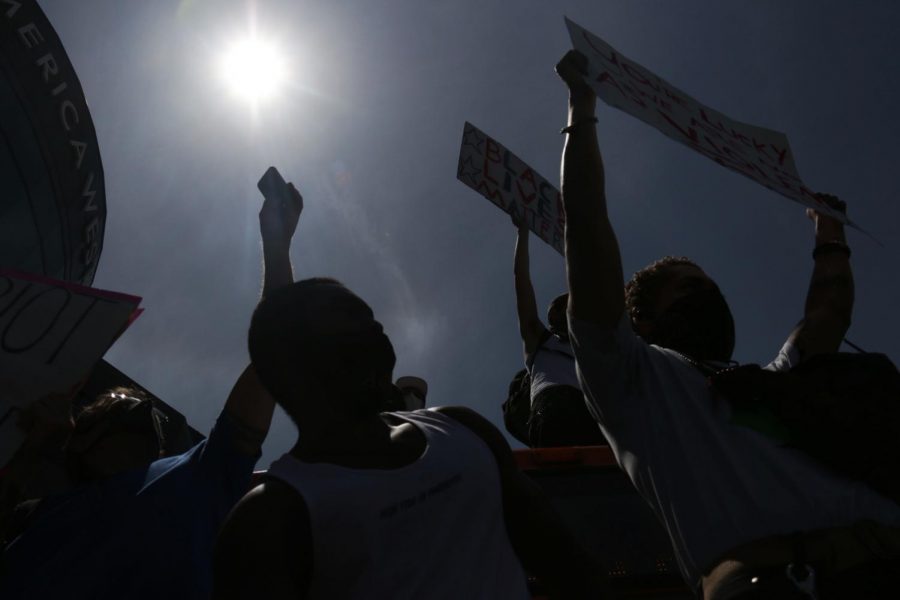 Protesters at the Black Lives Matter march on May 30.

In light of recent protests, set in motion by the death of George Floyd at the hands of the police, people have taken a moment to mourn and reflect as our society begins to take on changes that will shape our future. The Sundial stands in solidarity with this fight for equality, and we will continue contributing to the fight in our own way.

As a newsroom, we have made it a priority to cover these protests in a way that accurately depicts what is going on. We aim to give protesters a voice. We are here, alongside you, in this push for justice as we keep our leaders and institutions accountable.

Throughout CSUN’s history, campus activism groups have fought for justice against systemic racism. As a result, CSUN’s Educational Opportunity Program has expanded, providing support to thousands of students from underrepresented communities. In 1969, the activism of our campus community led to the creation of our ethnic studies programs. Through the years, government officials have attempted to eliminate the EOP funding. In 2004, students, faculty and alumni traveled to Sacramento to protest against the budget cuts. In 2017, CSU Chancellor Timothy P. White issued Executive Order 1100-R which campus activists are currently fighting against, arguing that it affects departments such as ethnic, gender and women’s, and queer studies. The Sundial reported the news then and will continue to report the news today, as more movements unfold.

At its core, journalism is a commitment to truth. We believe truth is an inherent threat to systems of power and oppression. To silence journalists is to silence the people and stifle change.

We firmly believe that the work of journalists — especially from diverse student newsrooms — will be part of the solution in dismantling systemic racism and white supremacy.

The Sundial’s Editorial Board will be publishing a series of editorials outlining our stance and experiences in regard to the recent protests.

We look forward and encourage our readers to submit op-eds to voice your opinions and questions.