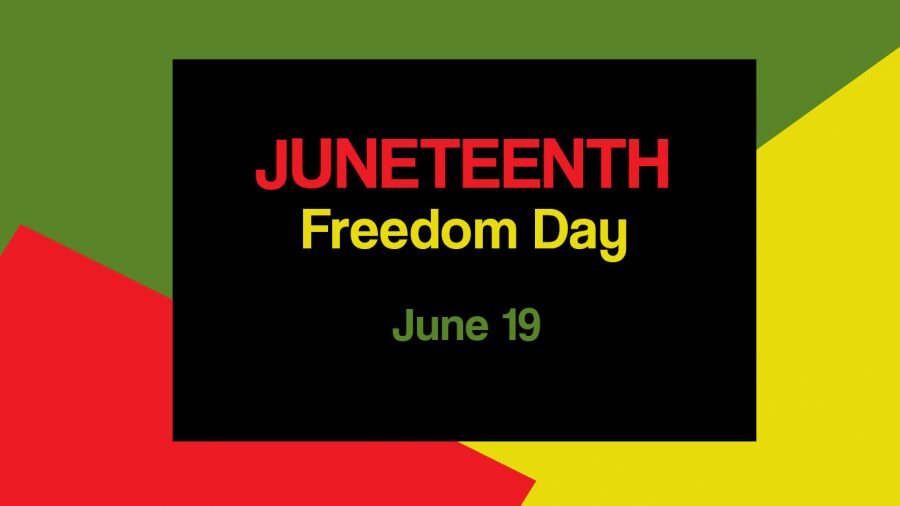 Juneteenth, or June 19, has been the subject of national attention for the past few weeks after major organizations, including the National Football League and Spotify, moved to officially recognize the date as a company holiday, and after President Donald J. Trump scheduled an in-person campaign rally on the date in Tulsa, Oklahoma — the city where white people attacked a street of thriving Black-owned businesses and killed an estimated 300 people in 1921. After public outcry, Trump announced on Friday he would move the rally to June 20.

So what exactly is Juneteenth? Juneteenth is a day that commemorates the emancipation of Black people from enslavement in the United States. It is a day for members of the Black community to celebrate their ancestors and the end of 250 years of slavery.

While Abraham Lincoln issued the Emancipation Proclamation on Jan. 1, 1863, the last slaves — in Galveston, Texas — were not made aware of the executive order until June 19, 1865. This day also came to be known as “Freedom Day.”

The first “Freedom Day” kicked off with ceremonies, which have evolved and passed down to their descendants in the present day.

It has historically been a day focused on learning and self-improvement, prayer services and storytelling, according to Juneteenth.com.

Comfort foods such as strawberry soda, hotlinks, cornbread are staples of the holiday. Juneteenth is also celebrated with red food such as strawberries, watermelon and hibiscus tea, as the color red symbolizes the ingenuity and resilience of the slaves in bondage, according to Adrian Miller, a soul food expert.

Juneteeth is celebrated nationwide, but the heart of Juneteeth lies in Houston, Texas. Emancipation Park is a 10-acre plot of land that was purchased in 1872 by a group of ministers and businessmen to commemorate the holiday and today, the historic site is the host of many Texas Juneteeth celebrations. The Emancipation Park Conservancy is set to host an all-day virtual celebration this Friday.

While it has been a day of celebration for the Black community for 155 years, Texas was the first state to bring recognition to the day as a legal state holiday in 1980, according to Juneteenth.com.

It is not currently a national holiday, but a resolution to recognize the historic significance of the day was passed by the U.S. Senate in 2018.

46 states observe the day either as a state holiday or day of recognition. The recent attention for the holiday helped push Virginia Gov. Ralph Northam to declare Juneteenth a paid state holiday.

Hawaii, North Dakota, South Dakota and Montana do not recognize Juneteenth as a holiday, according to CNN.