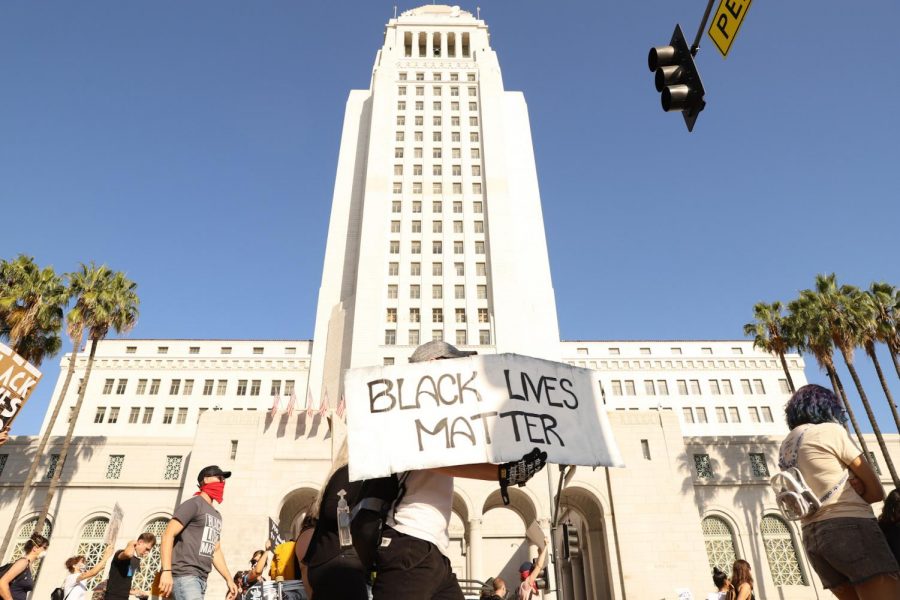 Although the total defunding of the police has not happened yet, the "Defund the Police" movement led by Black Lives Matter Los Angeles has made a few strides this week.

Black Lives Matter Los Angeles made strides this week in its campaign to defund the police. Here is a recap of the movement’s progress this week.

The Los Angeles City Council approved a motion to dispatch unarmed social workers instead of armed police officers. This new crisis response allows non-violent calls for situations involving mental health crises, substance abuse and neighbor disputes to be handled without police. The city will analyze unarmed response models used in other cities, such as the CAHOOTS program in Eugene, Oregon. The motion was introduced by Councilmember Herb Wesson and five other council members last month.

“If you talk about police only being deployed in incidents of violence, I think you’re moving very quickly up the road to abolition,” said Melina Abdullah, co-founder of BLM-L.A.

The Los Angeles Unified School District Board of Education approved a 35% cut to the L.A. School Police Department’s budget Tuesday — a $25 million cut from its original budget of approximately $70 million.

LASPD, which is an independent branch from the Los Angeles Police Department, operates in LAUSD schools. BLM-L.A. and local activists have been protesting at the LAUSD headquarters for weeks, calling on the board to defund its police.

Last week, a board resolution to immediately defund L.A. school police by 50% by the coming year and 90% by 2023 failed in a 4-3 vote. The resolution, authored by board member Monica Garcia and backed by United Teachers Los Angeles and BLM L.A. activists, proposed to reinvest funds slashed from the school police budget into support services for Black students.

LASPD Chief Todd Chamberlain resigned on Wednesday. He had been in the position since December.

L.A. City Councilmember Marqueece Harris-Dawson and three other council members, including Herb Wesson, introduced a motion to consider transferring traffic and transportation enforcement responsibilities from the LAPD to the Los Angeles Department of Transportation. Harrison-Dawson said the motion would help curb incidences of racial profiling by police.
“Law enforcement agencies nationwide and here in Los Angeles have long used minor traffic infractions as a pretext for harassing vulnerable road users and profiling people of color,” the motion reads.

“The City of Los Angeles can and should reimagine safety and equity in all realms of transportation,” the motion reads.

The L.A. City Council approved a $150 million cut to the LAPD budget Wednesday. Mayor Eric Garcetti proposed the cut last month in the midst of protests and BLM L.A.-led demands to defund the police. The cut reverses Garcetti’s April proposal to increase LAPD spending by 7%.

On the other hand, the newly approved cut will still allow more than half of the city’s budget to be allocated to the LAPD. The $150 million cut hardly satisfies BLM-L.A.’s demands, but Abdullah said the cut was still a testament to “the power of the people.”

Councilmember John Lee, who represents Northridge, was one of two council members who voted against the cut.