Op-Ed: We can’t and we won’t stick to sports 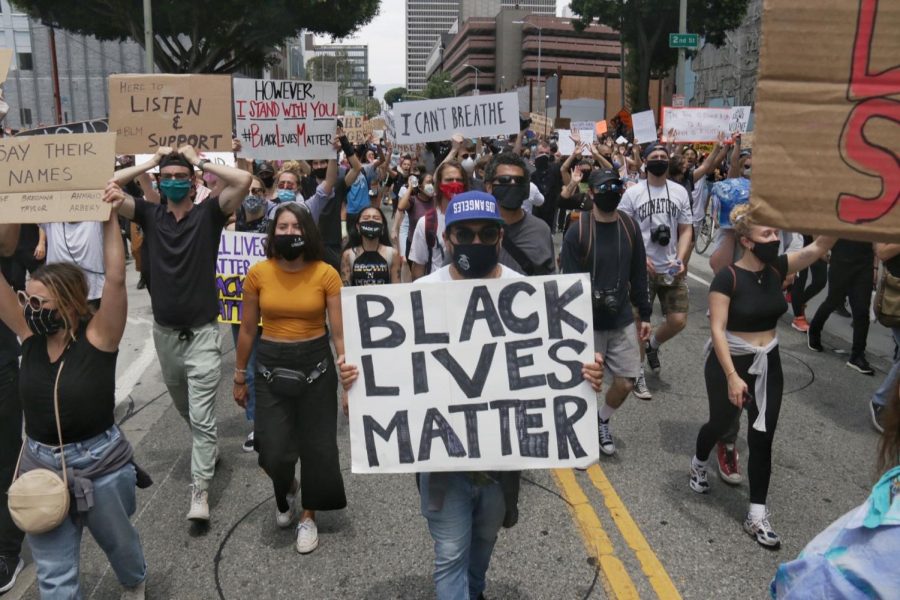 As the protests begin to slow, conversations around the Black Lives Matter movement continue to take shape, especially in the world of sports.

In early June, right-wing political commentator Ben Shapiro went off on a rant against professional athletes who have used their platforms to speak out against racial injustice. Shapiro lamented that sports were no longer an escape from reality for him.

“It’s getting to the point where I don’t want to watch sports,” Shapiro said on his show. “My place of comfort has been removed from me and it may not be restored.”

Shapiro’s sentiment seems to be echoed by white conservatives, who have told athletes like LeBron James to “shut up and dribble” and sports journalists like Jemele Hill to “stick to sports.” They want sports, and by extension sports coverage, to exist in its own bubble, free from any protests or political messages.

The problem with that, however, is sports and politics have long been intertwined in American culture. People like Shapiro may use sports as their escape from the world, but the athletes cannot do the same no matter how rich and influential they may be.

The front gate to James’ house was vandalized with a spray-painted n-word on the eve of the 2017 NBA Finals.

Milwaukee police beat and tased Milwaukee Bucks guard Sterling Brown over a parking violation in front of a Walgreens in January 2018. The Undefeated later said Brown was lucky to have survived the encounter.

A noose was found in a garage assigned to Bubba Wallace, the only black driver in NASCAR. Although the FBI concluded that the noose had been there since October of last year and the incident was first reported by NASCAR, Wallace was still attacked and falsely accused by Donald Trump on Twitter of perpetuating a hoax.

Sports have never been separate from politics. Rather, they have been a major driving force for change throughout the last century.

Muhammad Ali refused to fight in the Vietnam war, famously stating that his opponent was not the Viet Cong, but rather white men in America.

More recently, Colin Kaepernick was blackballed by the NFL after he took a knee during the national anthem in protest of police brutality.

Four-time WNBA champion Maya Moore, 31, sat out the last two seasons during her prime at 29 years old to advocate for the freedom of Jonathan Irons, who was serving a 50-year prison sentence in Missouri for burglary and assault with a gun, according to the New York Times. Irons was released from prison on July 1 after his sentence was overturned.

As sports journalists, it is our responsibility to keep in mind the power that sports has to change and inspire the world. We should encourage them to use their voices, not silence them because it disrupts the bubble of some fans sitting on the couch.

We must ensure our coverage goes beyond the final scoreboard. We won’t stick to sports because we can’t, doing so would be an injustice to athletes who have been affected by systemic racism every day of their lives.

Your discomfort with athletes using their platform says far more about you than it does of them. They are not here solely for your entertainment and we are not here to keep you comfortable.