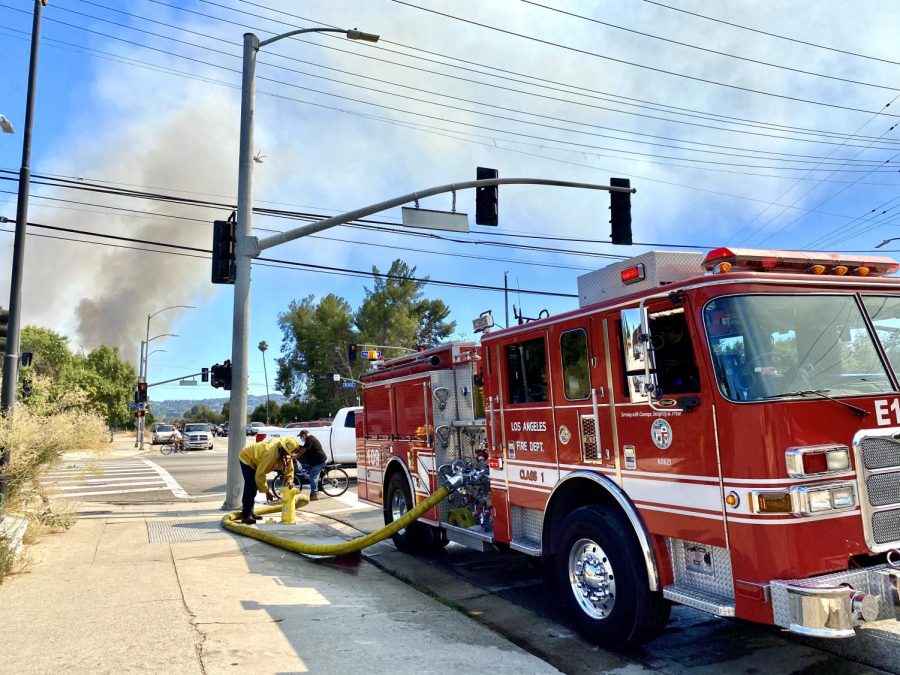 63 firefighters from the Los Angeles Fire Department responded to a brush fire near the Sepulveda Basin at 3:50 p.m. on Saturday, July 18, 2020.

The Los Angeles Fire Department responded to a brush fire at 3:50 p.m. near the Sepulveda Basin north of Woodley Avenue, where approximately four acres of brush burned.

There are currently 63 firefighters assigned to the brush fire near the model plane air park in the Sepulveda Basin, according to the LAFD.

At 4:25 p.m. LAFD contained the fire approximately four acres after one hour and 19 minutes of firefighting in the 88 degree heat.

According to the LAFD, no structures were damaged and no injuries were reported; the LAFD will remain on scene to improve perimeter and extinguish hot spots within the burn footprint.