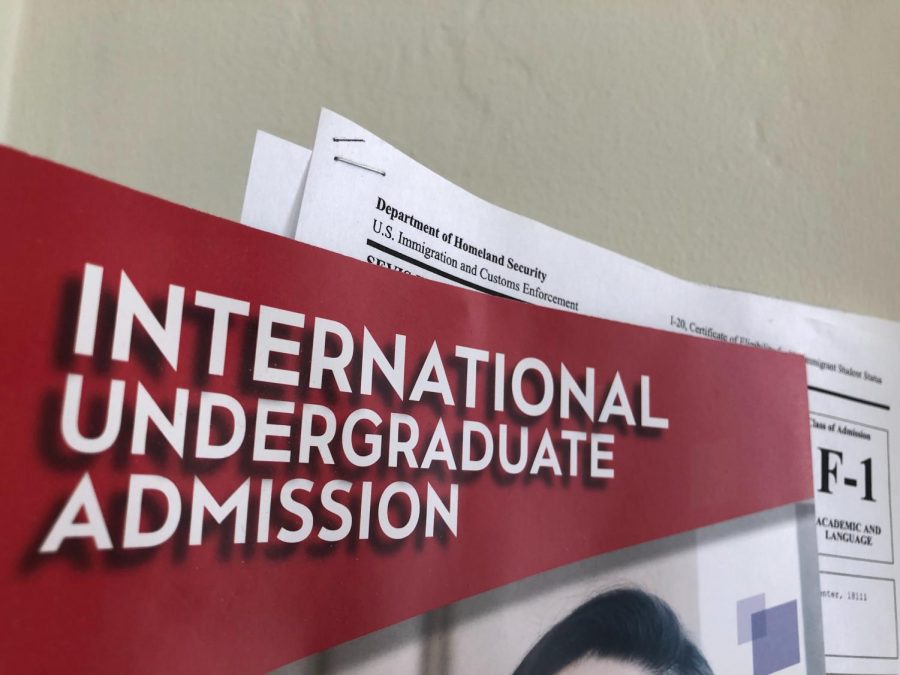 The U.S. Immigration and Customs Enforcement announced in a press release Friday that nonimmigrant students and schools should abide by the Student Exchange and Visitors Program guidance issued on March 9.

The U.S. Immigration and Customs Enforcement announced Friday that new international students with a fully online course load in the fall will not be allowed into the country.

The statement also said designated school officials should not issue new Form I-20s, which certifies a student’s nonimmigrant student status, to international students outside the U.S. who plan to only take online classes in the fall semester.

CSUN is implementing a hybrid model in the fall, with most of the classes being online.

According to the ICE, this is merely a continuation of the Student and Exchange Visitor Program guidance issued on March 9, which temporarily allowed for nonimmigrant students already in the country to take more than the permitted number of online classes due to the coronavirus outbreak. The guidance noted it did not apply to “new or initial students who are outside the United States.”

ICE previously issued a directive on July 6 ordering all international students in the U.S. to leave if their fall instruction was fully online. The directive also stated that SEVP would not issue new visas to incoming students enrolled in fully online programs. The order was rescinded a week later after being challenged in court by Harvard University and Massachusetts Institute of Technology; the previous guidance from March 9 was reinstated.

Before the July 6 directive was rescinded, CSUN President Dianne F. Harrison and school officials held a webinar where they announced the school’s plan to ensure its international students could enroll in a hybrid course to satisfy ICE’s directive. It is unclear at this moment if the university will revisit this plan to make sure incoming international students are able to enter the country.