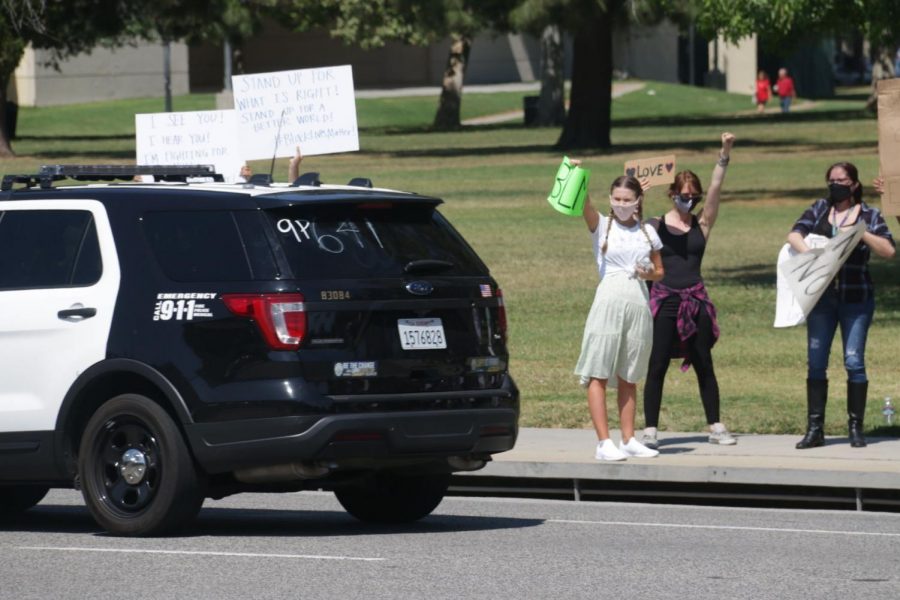 Mayor Eric Garcetti creates a new bureau, the Community Partnership Safety Bureau, that will focus on community policing. The program will focus on building relationships between police officers and the community that they serve.

Mayor Eric Garcetti announced the creation of a Community Partnership Safety Bureau, which will focus on community policing within the Los Angeles Police Department in a brief on Monday.

“Today we take a big step forward … to ensure equity and success for every Angeleno by creating the Community Safety Partnership Bureau of the Los Angeles Police Department,” Garcetti stated in his update. “It puts officers on five year assignments in one place to develop relationships with people that they serve.”

This announcement comes after weeks of protests pushing for police reform and an end to police brutality. Last month, the mayor announced he would not increase the LAPD budget for the 2020-2021 fiscal year and the L.A. City Council voted to cut the LAPD budget by $150 million.

Garcetti explained this change in policing will allow police to view the neighborhoods in which they serve not as an assignment but motivate them to help change the community for the better. The program will utilize existing LAPD resources in order to lower crime and increase connections between the police and citizens.

“It is a set of policies and procedures and people, but it’s also an approach to how we police,” Garcetti said.

While this method of policing does exist in some parts of L.A., Garcetti insisted on expanding it into a program because the statistics echoed his assertion. The mayor referenced a statistic from a UCLA study stating that 220 violent crimes were prevented in the already existing Community Safety Partnership zones in a five-year period.

“I’m struggling with how we describe this new paradigm, but I think it’s community-driven policing. It’s about the co-ownership of public safety. Not just by the police department, but by all of us and a feeling that we own that mission,” Garcetti said. “That’s why we are creating this new bureau — to expand on a proven model, to embed this strictly into the culture of this department, and to make sure we find those best practices and share them with every corner of this department.”

Tingirides emphasized that the program’s goal is not to police the community, but to create engagement between the police department and the neighborhood it serves.

“This is about understanding the culture of the community and adjusting how we work and respond to conflict within communities. It’s about getting certain training for the officers like gang intervention, having teenagers come to these trainings to explain to them why they fear the police,” Tingirides stated. “ As we can see across the country, people are hurting. One of the important components of this program is forgiveness. Understanding our history and what has occurred in the past and not being afraid to say ‘I’m sorry’ and work together to change it.”

BLM-LA took to Twitter Monday night to express dismay with the plan for community policing. They countered the mayor’s argument that this policing system will not increase safety by citing the incident of Ezell Ford, a 25-year-old Black man who was killed in an officer-involved shooting in 2014. Ford knew the LAPD officer that killed him.

Just because you put the word "community" in front of policing doesn't make it non-problematic.

We should NOT seek to "rebuild trust" between Black communities and police because police are not trustworthy.#NoCSP #DefundThePolice

BLM-LA ended the Twitter thread by calling for accountability from the police department and offered two resolutions — firing and prosecuting officers who use excessive force and for fewer police on streets instead of within communities.