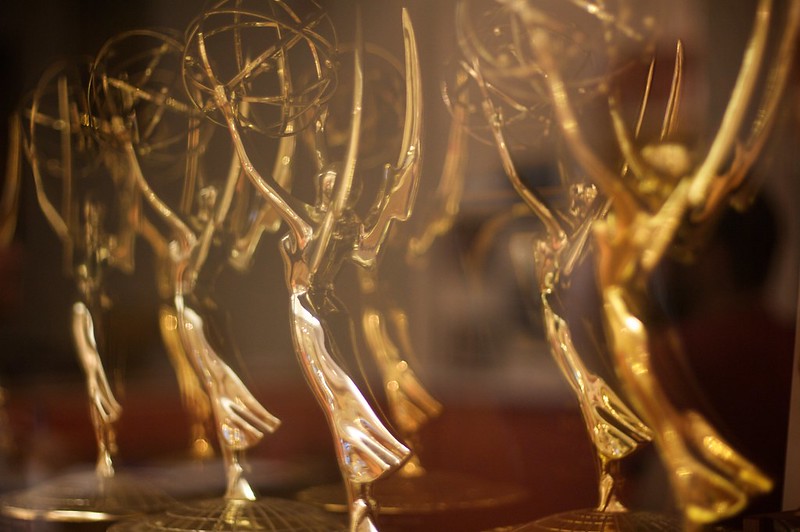 The Emmy Awards nominations were announced yesterday, setting the stage for the event scheduled on Sept. 20.

Although the 2020 award season faced ceremony postponements and cancelations, the 72nd Primetime Emmy Awards show must go on — well, maybe with a few adjustments.

The Television Academy announced the nominations for the 2020 Emmy Awards Tuesday, substituting their annual in-person ceremony for a live stream.

The Television Academy plans for the 72nd Emmy Awards ceremony to be virtual with Jimmy Kimmel returning as the host for the third time. The event is scheduled to air Sunday, Sept. 20, on ABC.

“Despite the unprecedented challenges facing the entertainment industry, it has been an extraordinary year for television,” Scherma said. “Television has inspired, united and comforted a global audience this season. We are honored to be recognizing so many of the talented programs, producers, directors and craftspeople behind the remarkable storytelling that has brought us together while we remain apart.”

Alexis Bledel, “The Handmaid’s Tale”
Laverne Cox, “Orange Is the New Black”
Cherry Jones, “Succession”
Phylicia Rashad, “This Is Us”
Cicely Tyson, “How to Get Away with Murder”
Harriet Walter, “Succession”

“Curb Your Enthusiasm” – HBO
“Dead to Me” – Netflix
“The Good Place” – NBC
“Insecure” – HBO
“The Kominsky Method” – Netflix
“The Marvelous Mrs. Maisel” – Amazon Prime Video
“Schitt’s Creek” – Pop TV
“What We Do in the Shadows” – FX

Outstanding Lead Actress in a Limited Series or Movie

Outstanding Supporting Actress in a Limited Series or Movie

Outstanding Supporting Actor in a Limited Series or Movie