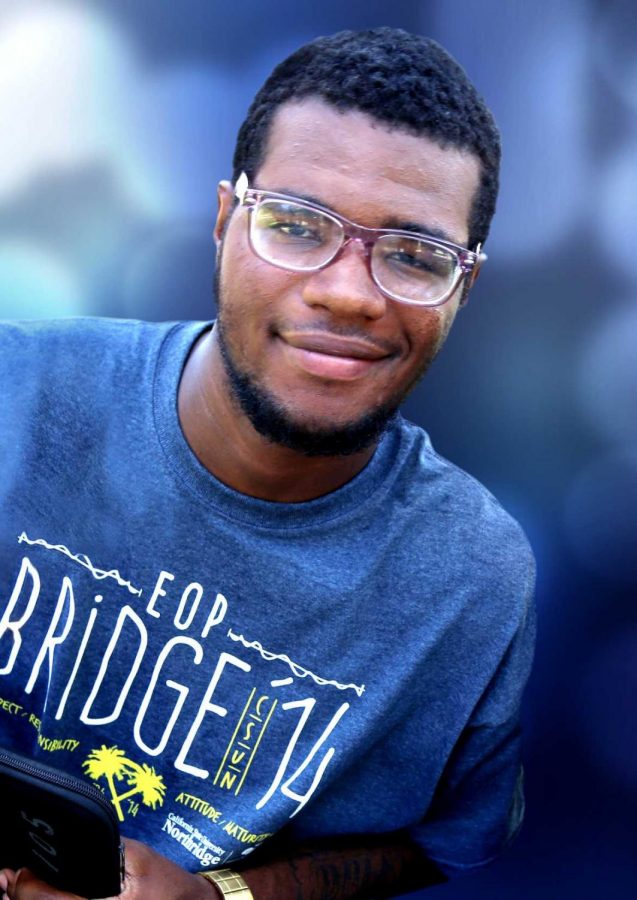 A civil lawsuit alleging that Los Angeles County violated the constitutional rights of Quinten Thomas, a CSUN student who died at the Twin Towers correctional facility in 2018, is moving forward in federal court after a judge blocked the county’s attempt to prevent the case from going before a jury.

Thomas died of an epileptic seizure the morning of March 9, 2018 while incarcerated at the Twin Towers jail in downtown Los Angeles. He suffered multiple seizures during the week he was incarcerated, including the night before his death. The lawsuit alleges that the county was deliberately indifferent to Thomas’ serious medical needs, violating his right to due process under the Fourteenth Amendment.

Saharra White, the mother of Thomas’ 3-year-old daughter, Ashanti Thomas, filed the lawsuit in her daughter’s name in March 2019. Ashanti is represented by her attorney, Roseann Frazee.

What happened to Quinten Thomas?
This account is based on public court documents.

Thomas was a 22-year-old CSUN student when he was arrested on March 2, 2018 on an outstanding misdemeanor charge for failing to appear at a court hearing. He was taken to the county jail in Van Nuys, where he stayed for three days. White and Frazee said Thomas didn’t have familiarity with the law and likely did not know that he had a warrant.

He was transferred to the Twin Towers jail in downtown L.A. on March 5. When Thomas was first booked, Thomas indicated on a jail form that he had epilepsy and was taking medication. Thomas also suffered a seizure the night of March 5.

On the evening of March 8 — just three days after being transferred — Thomas suffered a seizure in his one-man cell. He was tended to by a jail nurse and then taken to the jail’s clinic, where the nurse observed Thomas for 30 minutes. The nurse did not observe any medical distress or seizure activity and released Thomas from the clinic.

The next morning on March 9, another nurse on a pill round offered Thomas his epilepsy medication. Thomas refused to take the medication, but complained of a headache. The nurse offered Thomas Tylenol for his headache, which he also refused. The nurse was unaware of Thomas’ medical record and the fact that he had suffered a seizure the night prior. She did not take Thomas to the clinic, but planned to return later to offer him his medication again.

At 11:10 a.m. a deputy saw Thomas lying unresponsive on the floor of his one-man cell. Deputies entered the cell and handcuffed Thomas for safety because, “it is not uncommon for inmates to feign unconsciousness,” according to the court document.

The deputies checked Thomas’ pulse and observed it to be low and weak. They administered CPR before jail nurses responded to Thomas’ cell and tried to restart Thomas’ heart and get him breathing again. They tried to get an IV into Thomas but were unsuccessful.

The fire department arrived on scene at 11:25 a.m. and applied an EKG machine to Thomas and helped the nurses continue administering CPR. Their efforts to save Thomas failed and he was pronounced dead at 11:37 a.m.

The main argument against the county
The plaintiff argues that the jail did not give Thomas the appropriate level of care for his medical condition. Frazee hired a neurologist, Dr. Jason Muir, to weigh in on Thomas’ case. Muir provided a declaration to the court in June.

“It is my belief based on the records, my knowledge and my interpretations of Quinten’s events that he did not get the standard of care expected to both treat epileptic seizures and mitigate the risk of SUDEP (Sudden Unexpected Death in Epilepsy) and/or status epilepticus,” Muir wrote in his declaration.
Thomas had an extensive history of seizures, dating back to 2014 when he was a first-year CSUN student living on campus. The CSUN Police Department and the L.A. Fire Department responded to a number of Thomas’ medical emergencies when he was living on campus and was routinely taken to the hospital emergency room to receive care. He was diagnosed with epilepsy and prescribed medication by a doctor to treat the condition in 2016.

Thomas’ story has resurfaced and garnered renewed attention within the CSUN community this year, especially in the aftermath of the death of George Floyd.

CSUN’s Faculty Senate called for CSUN to create a legal fund in Thomas’ name among other demands for the university in light of the historic movement against racial injustice.

Northridge Black Lives Matter, a new student activist group that formed in June in the midst of nationwide protests, shared Thomas’ story at its events and on its social media.

White spoke at a protest the group organized last month.

“(The institutions) try to stereotype us all the time and assassinate our character once they assassinate us. That’s what they’re going to try to do to Quinten,” White said at the protest. “Little do you know, he was in his third year of college, trying to be a registered nurse, trying to help people. The nurses in the jail couldn’t even do their job and help him.”
White has publicly called for justice for Thomas since 2018. She spoke at a Black Lives Matter L.A. protest against Jackie Lacey in February.

Trial is scheduled to begin on November 3.