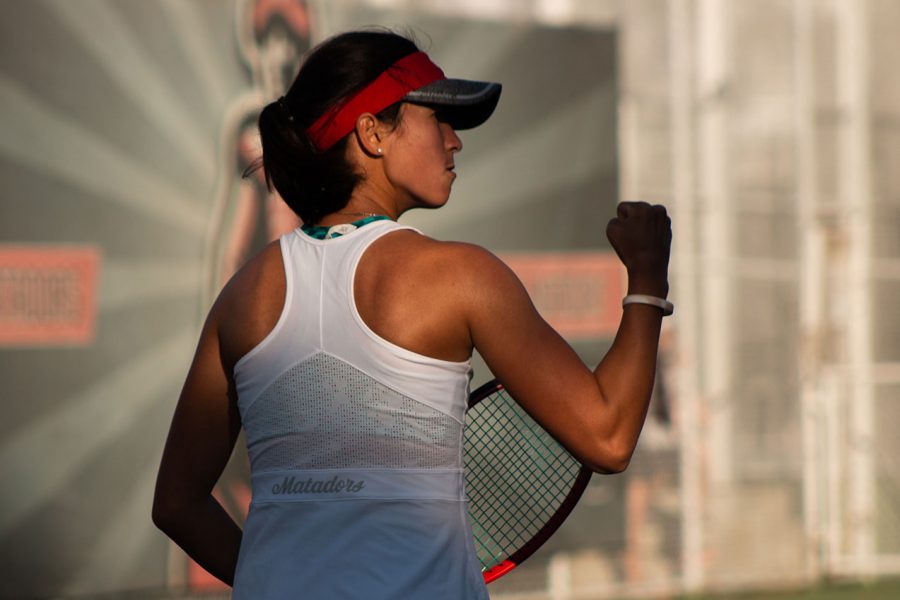 Jolene Coetzee, a sophomore, has won the ITA All-Academic Award two years in a row.

On Monday, the Big West Conference awarded seven CSUN women’s tennis players the 2020 Intercollegiate Tennis Association All-Academic Award — the most for the CSUN tennis program since 2015.

Coetzee and Fraile Toboso have made the list two years in row. Roenholt has received the award all four years she has been with CSUN.

“We are very proud of this team for striving for excellence in all they pursue,” head coach Gary Victor said. “They have set the bar very high for future teams with a 3.9 gpa and a top 75 national ranking this year.”

In order to be named an ITA Scholar-Athlete, one must have a grade point average of at least 3.5 on a 4.00 scale for the current academic year and be listed on the institutional eligibility form, according to wearecollegetennis.com.

The Matadors finished the 2020 season with a 6-2 overall record and won three duals in a row before the season was canceled due to COVID-19.