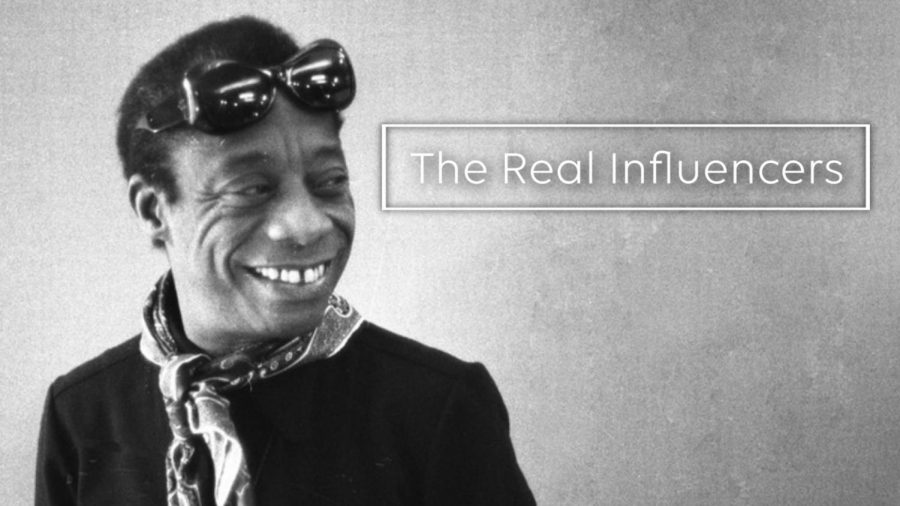 The Real Influencers is a series that highlights important figures whose ideas and work continue to be relevant to younger generations. Every episode is released to coincide with the figure’s birthday. In the premiere episode, A&E editor Michaella Huck explains why author James Baldwin is still relatable.

In the age of Black Lives Matter, I constantly ask myself “What would Baldwin say about the world today?” Let me explain why that question crosses my mind.

James Baldwin was one of the greatest writers and essayists of the 20th century. He is known for his works discussing social issues, sexuality and the Black American experience. While now he is considered the greatest, his activism and thoughts make him one of the most controversial artists today. The controversy stems from his forward thinking. When we look back on what Baldwin has shared over the course of his life about our nation, many things can be applied to current times.

I remember being 15 years-old when I first got my hands on “Sonny’s Blues” by Baldwin. My English teacher gave us a list of short stories to choose from for a report. My mother recommended Baldwin to me and I fell in love with his storytelling and the way he depicted Black life. The book centers around a Black Algebra teacher in Harlem in the ’50s. This work and many others he’s created, have an interesting way in which they explain the Black community. As a 15-year-old girl who attended a predominantly white high school, my education echoed my school’s demographic. My school’s curriculum centered around colonialism and when I did learn about Black people, I was learning about slavery. I appreciated the change of pace Baldwin offered.

Unlike many other ethnic communities across America, Baldwin explains our community is defined by our oppression. It’s a large part of the way we see ourselves and it’s also a large part of how others see us. Many of his works tackle intersectionality even before the word was coined by Kimberlé Williams Crenshaw, a Black feminist scholar, in 1989. As a Black queer living in the 20th century, Baldwin had a deep grasp of intersectionality and the different levels of struggle and privilege before many other academics and activists. I appreciate his use of this theory because being both Black and a woman, I have to be wary of sexism and racism within every space I enter.

“To be a Negro in this country and to be relatively conscious is to be in a rage almost all the time,” – James Baldwin
This is one of my favorite Baldwin quotes because it ties back to the current climate so easily. We see something different facing our community every day: environmental racism, racism in the workplace, racism against us in our own communities by our own community; the list never ends. So to be Black is to constantly be angry, because everyone is against you and it has been this way since our ancestors were put on ships. Baldwin understood this, but during his time discussing it was taboo.

When stay-at-home orders were put into place, I remember being on a Youtube binge and listening to a 1963 James Baldwin interview. In the interview, he recounted what a 16-year-old boy told him: “I’ve got no country. I’ve got no flag.” Baldwin then began relating what that boy said to urban renewal — something that is still happening today. It is happening in Inglewood, Echo Park and in places all over Los Angeles. That quote Baldwin heard from the teenage boy is discussing slavery, but Baldwin ultimately tied it into the systemic isolation Black people have faced for 400 years. He was able to take the past and relate it to his present. Baldwin’s present was the future.

While Baldwin is one of the most influential 20th century artists, there are many more artists who understood American Race relations better than many because he saw it first hand. The Sundial intends to shine light on them. Understanding Black America from the point of view of a Black creative from the past may expand our minds and allow us to understand the deep rooted racism our country has long suffered. Injustice has operated like clockwork for years — never moving forward or changing, just in circles. Understanding the past may help us break that cycle.