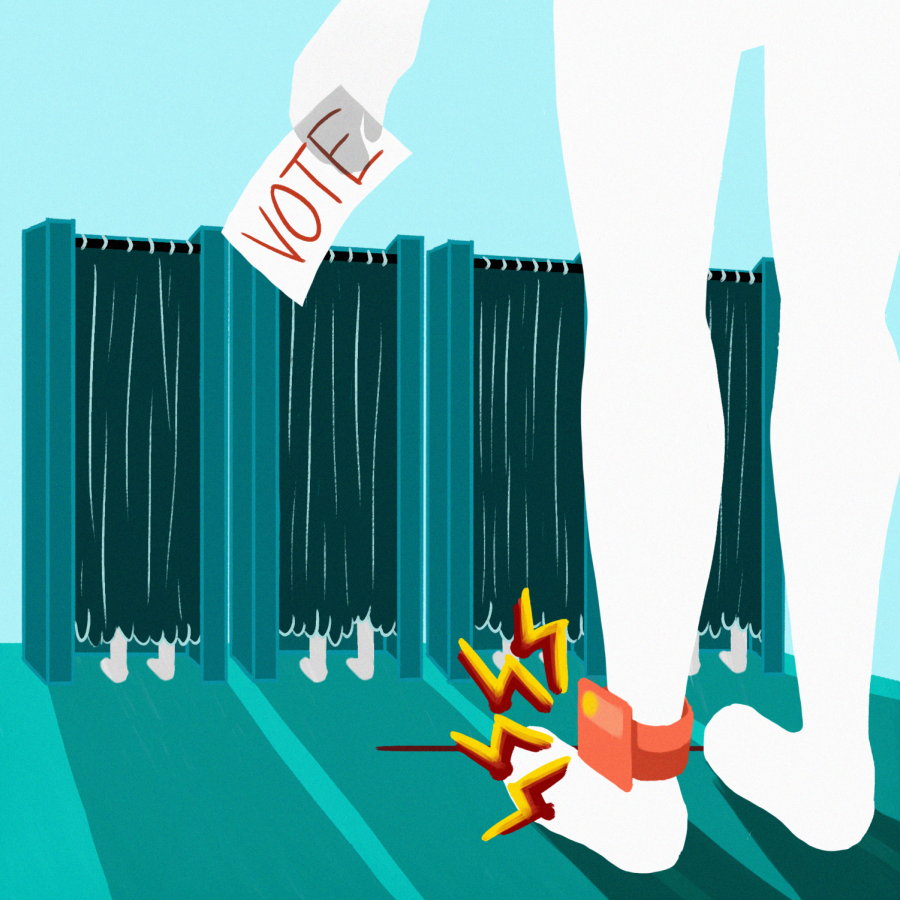 A proposed amendment to the California constitution, previously known as ACA 6, passed the State Senate floor on June 25 and will be on the ballot this November. If passed by voters, Proposition 17 will grant individuals currently on parole the right to vote.

Proposition 17 would be a step towards dissolving systemic felony disenfranchisement in the state of California. Under California’s Disenfranchisement Laws as stated in the California constitution, a person on parole for the conviction of a felony is stripped of their right to vote.

Assemblymember Kevin McCarty is the lead legislative sponsor of the amendment.
“Parole in the penal code is trying to help reintegrate people back into society so restricting voting rights is a form of punishment that goes in the wrong direction,” McCarty said.
“Today more than ever we are taking a hard look at the ways our society suppresses marginalized people and people of color. This is not a red state issue or a blue state issue, dozens of Republican states and Democrat states have done this already. This will allow the people of California to weigh in November,” said McCarty at the Senate Elections and Constitutional Amendments hearing on June 18.
The coalition behind the proposition is made up of the American Civil Liberties Union, League of Women Voters, Californians United for Responsible Budget and Initiate Justice. These organizations continue to combat voter suppression, diminish the imprisonment system and empower those impacted by mass incarceration.

Brittnay Stonesifer, a voting rights attorney with the ACLU, said most critics of the proposition believe there should be a structural difference between the freedoms of those on parole versus those on probation.

“The most common argument that we hear against giving people on parole the right to vote is that people should have to finish their sentence before they get their right to vote back,” Stonesifer said. “But unfortunately, that’s a misunderstanding of what parole is because I think that people often have an outdated notion of what parole is and they think of parole as an early release process.”

In California, individuals on probation are granted the right to vote, but those who have successfully ended their prison term are not allowed to vote under the current constitution.

Despite having jobs, paying taxes and raising families within the community, individuals on parole still do not have a say in who represents them. “So not only is this a matter of people having the right to have a say in the policies that affect their everyday life, but we’re also missing out on the opportunity to have a more diverse range of perspective that could help lead to better policy making,” Stonesifer said.

A 2010 study from Berkeley La Raza Law Journal titled “Violence of Voicelessness” explains the relationship between disenfranchisement and recidivism or the tendency to reoffend. The study explains that disenfranchisement is based on exclusion, so those who have offended are not able to fully rejoin society upon release from prison.

The study found that in states where people on parole are permanently disenfranchised, about 19% of them are more likely to be re-arrested than in states that restore rights to people during parole.

Initiate Justice, a non-profit organization dedicated to “end mass incarceration by activating the political power of people impacted by incarceration,” created a report titled, “Democracy Needs Everyone,” that explains that people on parole want to vote and that those on parole or incarcerated believe restoring the right to vote would improve public safety.

The study was conducted as a part of campaign efforts in 2017 to restore voting rights to those on parole and incarcerated in state prisons and featured over 1,000 responses of Californians on parole.

Taina Vargas-Edmond, a board member of Initiate Justice and CSUN alumna, said that 3 out of 4 people on parole said that having the right to vote would help them re-enter society and help them to stay out of jail. According to the study, only one third of those incarcerated voted prior, but 98% reported that they would vote again in upcoming elections.

“When you have policy and laws that impact your life in such a detrimental way, it is 100% clear to you that you have to take action to be involved in this process in order to advocate for yourself,” Vargas-Edmund said.

Felony disenfranchisement descends from a history of the Jim Crow laws when African Americans in the late 19th century were disenfranchised for the crimes they committed.

While African Americans make up only 6% of the total adult population in the state, they make up 26% of those on parole. There are about 162,000 people on parole and in prison in California, according to the report.

There is, unfortunately, confusion about access to voting among those on probation or formerly on parole.

Those on probation will think they cannot vote because of the lack of clarity in the California constitution or fear that an attempt to vote will lead them back into incarceration, according to Stonesifer. In other instances, those who were on parole may not be aware that they have to re-register to vote.

“People who are on parole already want to get involved and want to make their communities better and to give back, so it doesn’t make sense to stop them from voting,” Stonesifer said.