COVID-19 stay-at-home orders drive up number of pets being fostered in L.A. 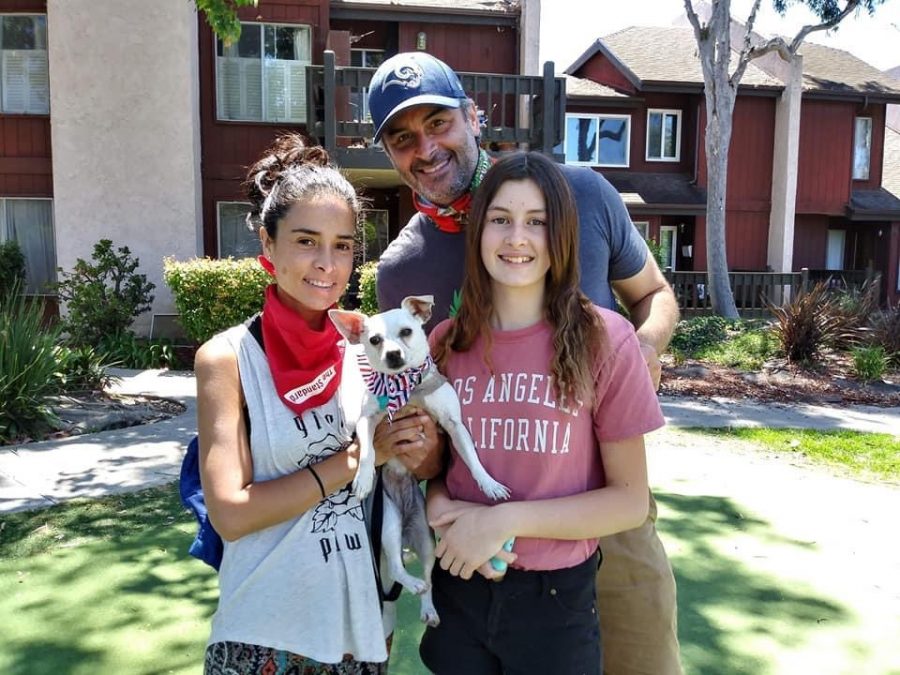 More time at home in the wake of the pandemic has created an opportunity for families across the U.S. to invite animals in need into their homes during this unprecedented time.

Pet foster care rates across the U.S. have risen since the beginning of the pandemic. In March, there were 30,560 dogs and cats in foster care, but that number has risen to 52,977 in July, according to the COVID-19 Impact report by 24PetWatch.

Los Angeles Animal Services, one of the largest municipal shelter systems in the nation, recorded its highest rate of pet fostering this year in the month of March, according to the shelter’s monthly statistics report.

The L.A. Animal Services recorded sending 310 animals into foster care in March compared to 131 in January and 132 in February.

More recently, foster rates within L.A. Animal Services have gone down. In April, the amount of pet fosters decreased considerably to 162. Only 62 animals were sent to foster care in May.

The influx in the amount of foster family applications in March created changes to the infrastructure of L.A. Animal Services.

“We had an increase in regards to the number of people sending applications to us, to the point that we actually needed to hire more staff to process those applications,” said Agnes Sibal-von Debschitz, the public information director for L.A. Animal Services.

“What’s really great about the city of L.A. is that Angelenos love animals,” Sibal-von Debschitz said. “When we first announced that some of our centers would be open by appointment only, we had a tremendous response from the community interested in finding out how to help the animals in our centers.”

The stay-at-home orders have allowed prospective pet foster families to take time to integrate pets into their households.

Natalya Pyatkovska fostered four cats — a mother and her three kittens — from The Cat’s Meow Animal Rescue, an all-volunteer nonprofit feline rescue organization. Pyatkovska had always wanted to foster, but it wasn’t practical because of her busy work schedule and lifestyle. Since the stay-at-home orders were put in place, she decided it was the best time to open her doors to animals in need of a temporary home.

Pyatkovska recalled when they were delivered to her home on Easter.

“The mom was very fearful holding all of her kittens tight and stayed in their crate throughout the night,” she said. “The next morning the mom started to venture out a little bit and explore the territory and inspect everything around as cats do, but carefully watched me when I interacted with her kittens.”

Pyatkovska suspected the mother cat may have been abused in her previous life because she gets scared of humans easily. But as the fosters settled in, the mother cat started to warm up to her, according to Pyatkovska.

Soon after their arrival, Pyatkovska decided to name them based on local and federal officials who have guided the population through the pandemic.

The mother cat was named Garcetti, after the L.A. mayor. Her nickname is “Mama Garcetti.” Her two male kittens carry the names of New York Gov. Andrew Cuomo and the CNN anchor, Chris Cuomo. The female kitten was named after Dr. Anthony Fauci, the nation’s top infectious disease expert and director of the National Institute of Allergy and Infectious Disease. Pyatkovska calls her “baby girl Fauci.”

Pyatkovska said giving her fosters an abundant amount of time, made possible by working from home, has provided her with an entertaining and memorable quarantine.

“The kittens join my conference calls, sitting there being really curious while I work,” Pyatkovska said. “They’re discovering new things for the first time in their young age like accidentally stepping all over the laptop and sending an email.”

In normal circumstances, there would be an in-person way to go about meeting the pet, but that is not an option amid COVID-19 risks. Pyatkovska took steps to introduce “Mama Garcetti” to a family interested in adopting via FaceTime.

“I basically flipped my phone camera onto her so they could meet her and see how she acts naturally,” she said. “I was able to answer the questions they had about her personality, while they had a chance to observe her and enjoy her virtual presence.”

Pyatkovska said her fosters have provided her with emotional support.

“I jokingly call them my quarantine family because I’m usually living alone. But their company has been really supportive of my own mental health and I’m grateful that I could help them as much as they are helping me get through this pandemic,” she said.

All of the kittens found forever homes in June. “Baby girl Fauci” and Andrew Cuomo were adopted together and Chris Cuomo’s new family adopted an additional kitten from a separate litter to keep him company. As for “Mama Garcetti,” she was adopted by Pyatkovska in July.

She said she realized how much she had grown to love Garcetti and wanted to be the one to provide her the forever, loving home that she deserves.

“She continues to make big strides and really come into her own,” Pyatkovska said. “She plays, she purrs, she even jumps into my bed and comes up to me to get pats now.”

Kellin Esquivel-Gunn and her family, who live in Culver City, welcomed their foster dog, Madonna, who joined their two adopted rescues  named Sherman and Lalita. Madonna has been in their care since Dec. 2019.

Foster parents usually only keep animals for two months. Esquivel-Gunn’s fostering period with Madonna would have ended in mid-February, but she said fostering Madonna through COVID-19 has delayed the usual timeline.

“We have to wait until they can find someone to transport her during this time,” Esquivel-Gunn said. “There’s also not a lot of people working, and people are unable to give donations. It’s really hard for rescues right now.”

Madonna was rescued from Loved Again Pets, based in Oregon. The nonprofit rescues dogs in Oregon as well as high-kill shelters in different states like California and coordinates with Pet Rescue Pilots to relocate animals across the west coast by air.

Esquivel-Gunn said over the past few months, Madonna has gone through a transformative journey.

“She was shy and she couldn’t even look at us and make eye contact,” Esquivel-Gunn said. “Now, she’s totally different. Her personality has changed drastically. It’s sad to think that she was almost euthanized for biting a person while she was at a shelter. She was just scared.”

Now, she said Madonna fits right into the family.

“She’s next to me in her bed while I work on the computer and if I walk around, she follows me everywhere,” Esquivel-Gunn said. “She’s like my little tail. If I go to the kitchen, upstairs, my room — she’s there, she’s right next to me.”

She said the family is considering the possibility of adoption.

At the end of May, the Esquivel-Gunn family adopted Madonna.