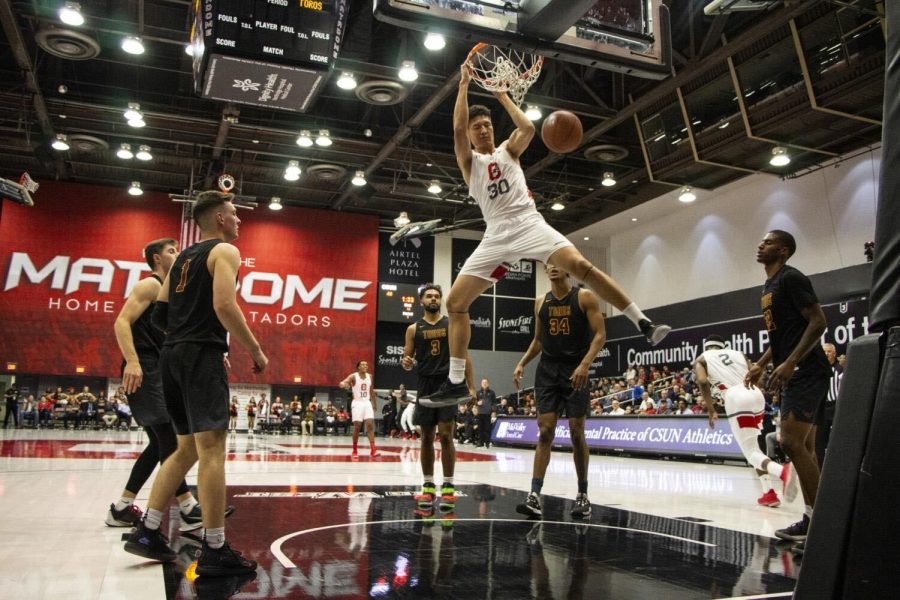 Michael Ou spent his Matador career as a low-key figure.

The 6-foot-9, 230 pounds big man from Guangdong, China didn’t dominate, but he was effective on the boards and at the free throw line. He played sparingly. His name on the roster, organized by jersey number, was toward the bottom. Ou wasn’t a star for the Matadors, but he played his role; so it’s only fitting that his exit from CSUN would play out the same way — quiet but effective.

Rather than releasing a statement or a post on social media, Ou’s name was simply included in a list published by Sina Sports of qualified hopefuls to be drafted into the Chinese Basketball Association. It became official: Ou would forgo his remaining two years of NCAA eligibility to pursue a professional career in his home country.

Ou signed with CSUN in 2018 after he played three seasons for Menaul School, a boarding school in Albuquerque, New Mexico and averaged 19 points, 11 rebounds and two blocks per game during his senior year while en route to a state championship.

Ou averaged 16 minutes per game as a freshman for the Matadors and only averaged just over four points and two rebounds per game, but he accumulated 13 blocks throughout the season.

His minutes were cut almost in half his sophomore year, though he still shot 75% from the free throw line and posted career-highs in points (17 on Jan. 4) and rebounds (eight on Nov. 17.) Ou was also named to the Big West All-Academic Team following the season’s end.

Ou returned to China at some point following the closure of CSUN’s campus amid the coronavirus pandemic, according to a source, but it is unclear when he left.

The CBA Draft is normally held in July, but it was postponed to an undisclosed date as the league is currently in the playoffs of their delayed season. 2020 would be the sixth annual CBA Draft, which was first held in 2015. The 2019 Draft saw a league-record of 16 players selected.