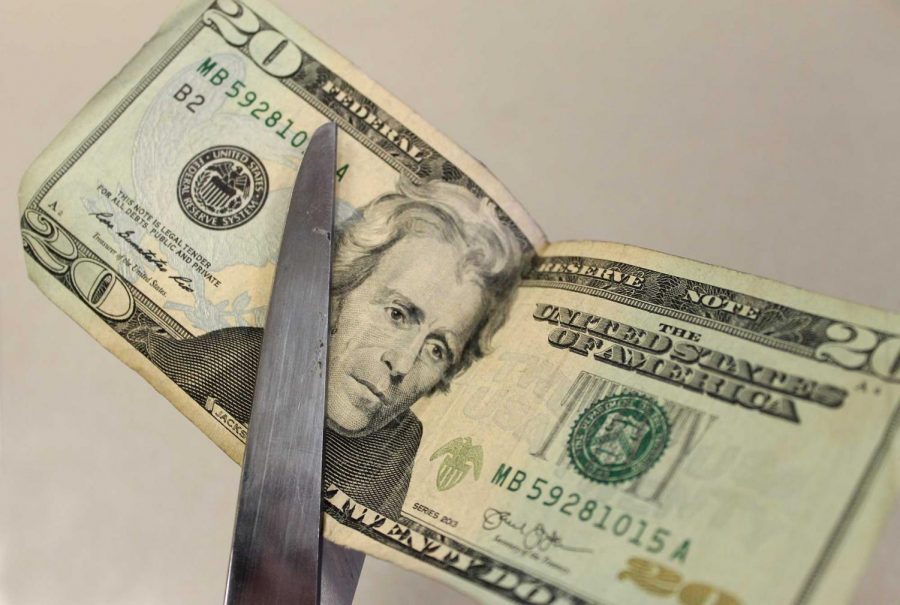 CSUN's budget has been cut by 16 million this fall according to Colin Donahue, CSUN’s chief financial officer.

The CSU has cut CSUN’s operating budget by $16 million for the 2020-21 fiscal year, according to the university’s top finance official. The cut comes after CSU Chancellor Timothy P. White announced on July 20 that the CSU system’s budget has permanently decreased by $299 million due to the ramifications of COVID-19.

“All credible financial forecasts indicate that this pandemic will create, at a minimum, a three-year financial and operational challenge to the state and to the CSU,” White wrote.

CSUN’s operating budget was $489.6 million in 2019. The budget is funded by state appropriations and tuition and fee revenue, which are dependent upon enrollment numbers.

CSUN has taken a conservative budget approach through a combination of operating-expense reductions and tapping into university reserves to meet the unplanned financial needs.

“We’ve been smart and strategic in how we’ve built up some reserves,” said Colin Donahue, CSUN’s chief financial officer. “We’re going to have to put that reserve funding to work in order to weather this storm.”

To adapt to the new budget cuts, CSUN has enacted an across-the-board hiring “chill” — a slowdown on hiring new staff — per the guidance of the CSU system. Exceptions for the chill include critical positions that are essential to meet day-to-day operations.

“We’re hoping that we can achieve savings through those measures and avoid layoffs in the operating fund,” Donahue said. “We’re going to do our best to do that.”

The administration is looking at potentially adopting a voluntary early exit program to mitigate the need for layoffs and furloughs. The program would encourage employees to voluntarily leave their jobs through a severance package in an effort to reduce spending.

Student housing has suffered a significant revenue loss as the self-supporting program typically brings in an annual $30 million in revenue from fees collected for the use of residence facilities. During the spring semester, there was an estimated $5 million in refunds issued back to students.

Financial planning for self-funded programs was the first area that the administration began to look at to put actions into place, according to Donahue. One significant action is to delay specific housing projects that will offset costs equating to $5 to $6 million.

In March, CSUN received $44.6 million in federal funding from the Coronavirus Aid, Relief and Economic Security Act, in which half went to student grant aid. The majority of the remaining relief funds will go toward institutional funding to ease some of the extra costs associated with the impacts of COVID-19, according to Donahue.

The federal funding will cover coronavirus-related expenditures that include facility modifications, signage, personal protective equipment and improved sanitation standards, Donahue said. The funding will also be used to purchase IT equipment and improve software technology to enhance course delivery and strengthen the online learning experience.

Donauhue said any remaining funds will go to aid self-funding enterprises such as student housing and parking and transportation services.

Other measures to reduce costs include suspending all international and non-essential domestic travel, restricting non-essential equipment and supply purchases, and deferring projects such as the renovation and expansion of the University Student Union and the development of the on-campus CSUN hotel, according to Donahue.

CSUN feared that the continuance of virtual learning would bring a downturn in enrollment, but Donahue said that enrollment numbers have not significantly declined.

The numbers still need to be finalized and there is still a big concern around international student enrollment, according to Donahue. New U.S. Immigration and Customs Enforcement restrictions on international students have complicated the appeal of an American education.

“The situation with international students and the current barriers of them getting to class is a big issue that we have right now,” Donahue said. “So, this is one determinant we need to get through to know what our final budget is going to be.”

The university’s goal is to minimize the impact of the budget cuts on students.

“Our top priority is to provide the academic course sections that students need,” Donahue said. “We’re doing everything we can to make sure students have a high-quality experience.”