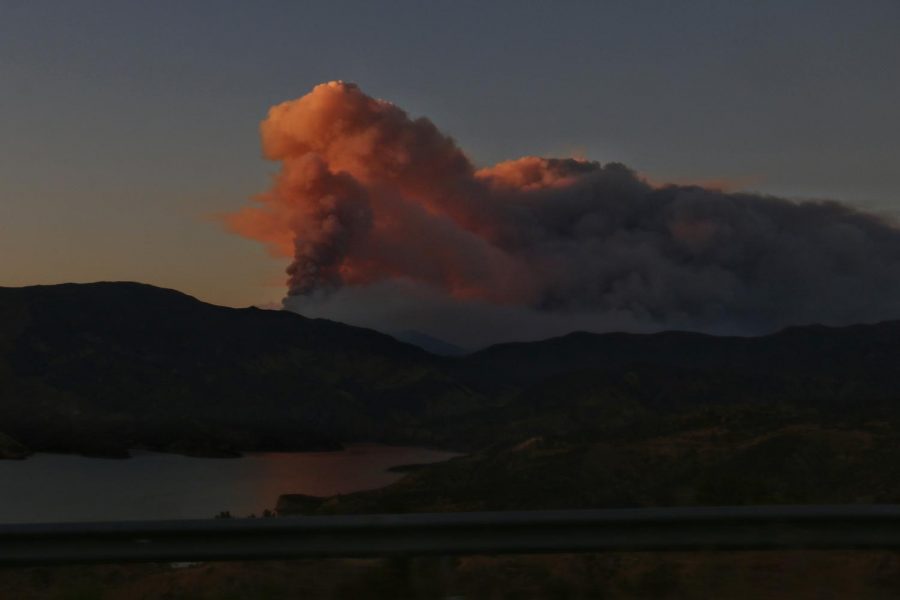 LAKE HUGHES — Firefighters are battling a fast-moving brush fire, which broke out Wednesday afternoon, that is burning thousands of acres near Lake Hughes.

According to Los Angeles National Forest Fire Chief Robert Garcia, the fire was first reported just before 3:40 p.m. on the corner of Pine Canyon Road and Lake Hughes Road and has since burned roughly 10,000 acres; over 100 homes are in the evacuation zone. The fire is at 0% containment as of 10:30 p.m.

Richard Johnson, a Lake Hughes resident who has lived on Elizabeth Lake Road for 35 years, watched the fire burn from his home on the other side of the lake. He said he didn’t plan on evacuating unless the fire grew into a “firestorm” closer to his home, citing past experiences with fires the area has seen before.

“Everything burned on the other side of the lake in the (Powerhouse) Fire,” Johnson said.” That one lasted 7 days. I don’t know what is expected for this one.”

In an 8:30 p.m. news conference, Garcia said the fire department expects the fire to grow overnight. The fire has been named the Lake Fire by the fire officials.