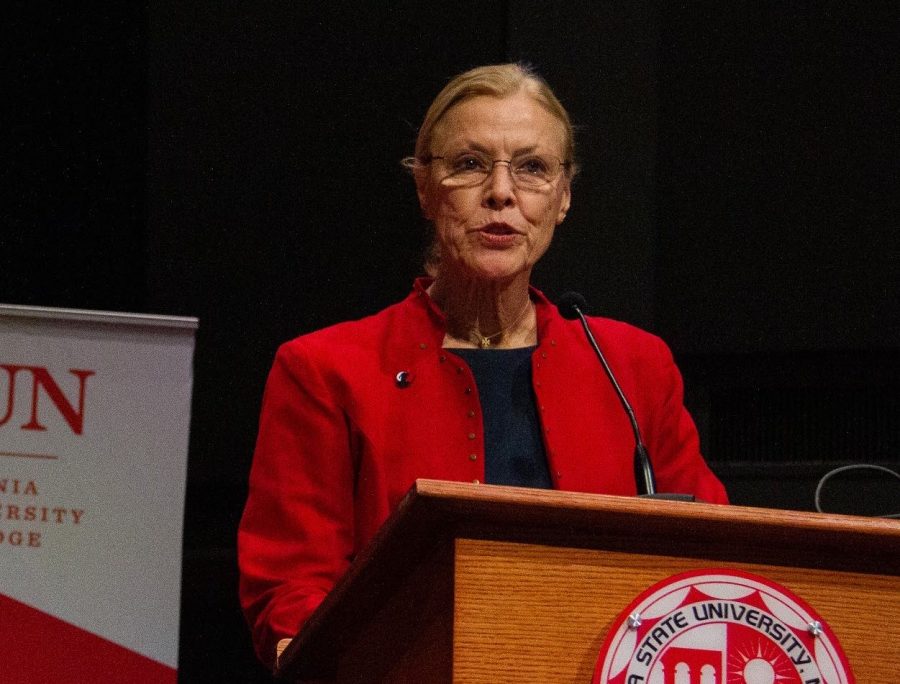 CSUN President Dianne F. Harrison announced in an email to the student body on Friday morning the creation of a new grant fund to support efforts to increase diversity on campus.

The new Diversity and Equity Innovation Grant Fund will “make available funding to support projects aimed at increasing the presence and participation of traditionally underserved and underrepresented groups,” according to Harrison. According to DEIG fund webpage, “the grant is sponsored by the Office of the President and the Office of the Provost in conjunction with the President’s Commission on Diversity & Inclusion.” The announcement comes after months of nationwide social unrest in the wake of George Floyd’s death.

According to Natalie Mason-Kinsey, the university’s chief diversity officer, funding will come directly from the President and the Provost. Budget details are still being finalized, but there is over $200,000 available, and most grants will be awarded between $5,000 and $75,000.

Applicants can submit proposals for projects that make the CSUN campus “a more inclusive and equitable environment,” according to Harrison. Eligible applicants include students, faculty, staff, administrators, alumni and auxiliary employees. Harrison emphasized that grant proposals from Black students, faculty and staff are “especially encouraged.”

According to the fund webpage, examples of grant proposals include scholarly research, exhibits or performances, and seminars or workshops that support underrepresented groups and promote racial justice.

Natalie Mason-Kinsey, the university’s chief diversity officer, expressed excitement and hope about the grant, and said it is a long-coming change she believes will have a tangible impact on CSUN. “We thought it was really important as a cabinet to show that we are serious and we mean what we say … this was a way to galvanize the institution,” Mason-Kinsey said.

Applicants can submit a two-page grant proposal to cdo@csun.edu by Sept. 30.

In the email, Harrison also referenced the other actions CSUN has taken in recent months to promote racial justice and inclusion, including a new complaint review board being created by CSUN Police, anti-racism discussions held by the University Student Union and an anti-racism workshop series created by several unions and associations for staff and students.