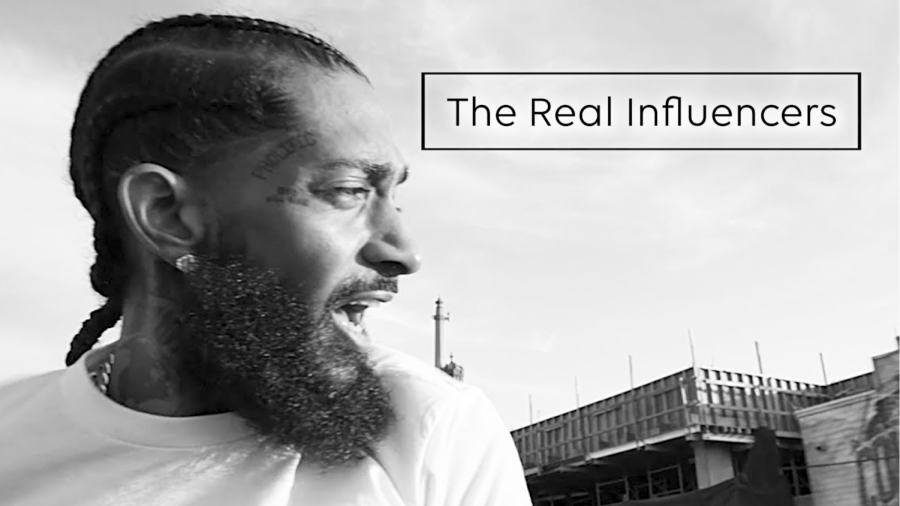 “The Real Influencers” is a series that highlights important figures whose ideas and work continue to be relevant to younger generations. Every episode is released to coincide with the figure’s birthday. In this episode, Daily Sundial’s arts and entertainment editor, Michaella Huck, and sports editor, Andres Soto, talk about how the late rapper, who is often referred to as Nipsey, influenced them.

Huck: It’s a weird feeling to discuss Nipsey in the past tense. Saying “was” instead of “is” feels quite unsettling.

Nipsey Hussle was deeper than rap, what he did for the community and the causes he advocated for left a footprint on our culture.

In 2006, hip-hop journalist Davey D asked Hussle why he didn’t have gold jewelry and diamonds on him. The rapper responded: “I’d rather invest in real estate.” He explained that he wanted to buy back his block by investing in commercial real estate to help increase wealth in his community. That’s when I knew he was different.

Soto: I remember going to Nipsey’s memorial in front of The Marathon Clothing store a few days after his death. A few of my co-workers and I went down there to do a story on the impact Nipsey had on Los Angeles for our community college publication. I dove into my work by doing interviews and taking video footage to distract myself from the pain of losing one of the people I looked up to the most. But then I stopped for a moment, looked up to see the candles that took up half of the parking lot and the blue balloons that spelled out “NIP,” and then it finally hit me that Nipsey Hussle was really gone.

Huck: Over the course of my time listening to Nipsey, he has taught me two important lessons that I will carry the rest of my life.

One — keep evolving. Nipsey’s discography has shown us to keep growing. In his last album ‘Victory Lap’ he told us with dedication and perseverance we will overcome the things holding us back.

Two — don’t allow your past to take hold of your future. Nipsey was a Rollin 60’s Crip, but he overcame a lot and never let his past define him.

Soto: I’ve said before that Nipsey was basically the soundtrack to my community college years. I was at a low place after flunking out of a university and it was Nipsey, through both his music and his interviews, that helped me realize failure is just a part of a process and is necessary for growth.

Ups and downs are bound to happen and I just had to accept them as they came, keep my head down, and keep grinding through them. I found the strength to continue my marathon thanks to Nipsey, and for that reason I decorated my graduation cap with the album cover of “The Marathon Continues” when I graduated from community college with my associate degree in June last year.

Huck: Nipsey was, in the hearts of Angelenos, a perfect example of manifesting your own future and creating the life you want to live. He was a poster child that represented Black men who arrived from the trenches have the capability to build castles and communities by overcoming the stereotypes placed on him by society. Nipsey Hussle lived up to his stage name.