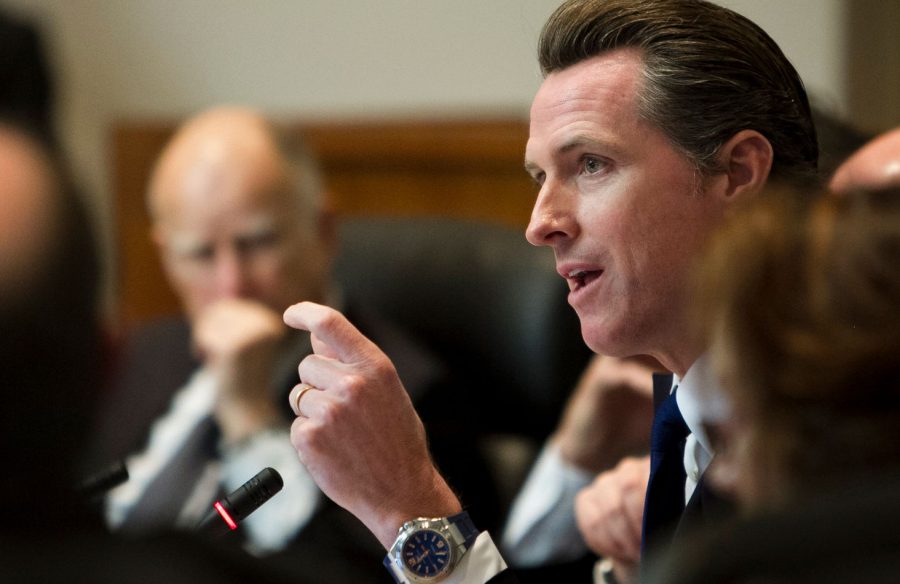 Gov. Gavin Newsom signed Assembly Bill 1460 into law on Monday, which adds an ethnic studies requirement for students to graduate from the California State University system.

Students will be required to take at least one three-unit class in either Native American, African American, Asian American or Latina/o studies. The ethnic studies requirement will be effective for CSU students who are graduating in the 2024-25 school year.

“Gov. Gavin Newsom today announced that he has signed the following bill, AB 1460 by Assemblymember Shirley Weber,” read a press release on the governor’s website.

AB 1460 honors the rich tradition of activism and ethnic studies on CSU campuses, which make up a diverse university system. San Francisco State University was the first in the nation to create a College of Ethnic Studies in 1969.

The bill is sponsored by Assemblymember Shirley Weber, who was previously the chair of Africana Studies at San Diego State University. AB 1460 is supported by the California Legislative Black Caucus, the Asian and Pacific Islander Caucus and the Latino Caucus.
“When we find that the institutions that we support financially are not being responsive to the needs of the people that they’re supposed to serve, it is the responsibility of the legislature at that moment to intervene and to make sure that the things that they know are good for California are implemented,” said Weber in a California Faculty Association panel on Aug. 5. “We support the system, but when the system is broken, then it’s our job to basically put the system together in the manner in which it should be.”

CSU Chancellor Timothy P. White and the Academic Senate of the CSU oppose AB 1460; they argue that legislation influencing CSU curriculum is potentially damaging. Instead, the CSU approved of its own general education requirement.

On July 22, White and the Board of Trustees approved a general education requirement called the “Ethnic Studies and Social Justice” requirement, which would have been implemented as an alternative to AB 1460 had Newsom not signed it into law.

ESSJ was “developed through institutional curricular-setting processes that involved extensive consultation with faculty, campuses and stakeholders across the CSU,” according to Hazel Kelly, the public affairs manager for the Chancellor’s Office.

Advocates for AB 1460 slammed ESSJ, saying experts in the field were not able to present the lived experience of people of color.

ESSJ would have expanded the subject area to include other marginalized groups, and required a minimum of one three-unit class dedicated to learning about these groups. Through the ESSJ requirement, a student would have been able to fulfill the requirement without taking a class related to ethnic studies. ESSJ also is broadened in subject area to a fault, according to ethnic studies scholars.

“This broad term called ‘social justice’ which basically means any humanities or social science class would qualify is the equivalent of saying “All lives matter.” So either you believe Black lives matter or you don’t,” said Melina Abdullah, a Cal State L.A. professor and organizer of Black Lives Matter Los Angeles.

The Students of Color Coalition and Movimiento Estudiantil Chicanx de Aztlan de CSUN — student activist groups at CSUN — have actively supported AB 1460. Both groups held Zoom events where attendees wrote letters that would be sent to the governor, requesting and encouraging him to sign AB 1460 into law.

Section F, a diversity and social justice requirement that has existed at CSUN for years, is similar to AB 1460 but CSUN ethnic studies faculty says it still misses the mark by allowing any department on campus to teach their own version to fulfill the requirement. AB 1460 focuses on the breadth of ethnic studies.

“In Section F, it traditionally has allowed for any department to teach those classes, whereas this bill is very specific that it must be within the fields of African American studies, Asian American Studies, Chicano/Latino studies and American Indian studies,” said Stevie Ruiz, an assistant professor in Chicana/o Studies at CSUN.

ESSJ would have cost between $3 and $4 million to implement, whereas AB 140 is set to cost $16 million, according to Kelly. The Chancellor had planned to implement ESSJ beginning in the 2023-24 school year.

Since AB 1460 is now signed by the governor, the CSU will follow the law, according to Kelly.