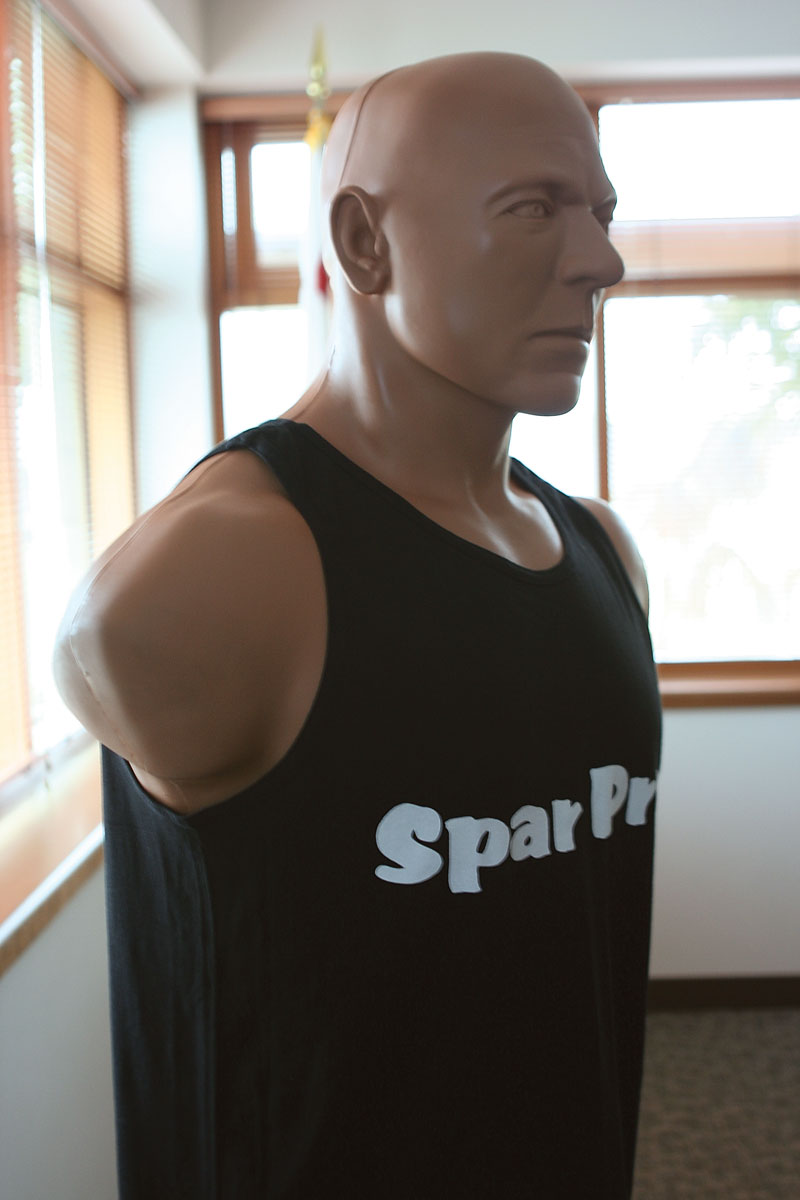 The CSUN Police Department began its four-day R.A.D. (Rape Aggression Defense) course designed for women on the evening of Oct. 14.

The systems that are taught in the course were developed by Larry Nadeau in 1989, and were designed to “develop and enhance the options of self defense, so they may become viable considerations to the woman who is attacked” according to the company’s Web site.

Instructors Daniel Foster and Sgt. Frank Gudani of the CSUN Police Department said they present basic techniques for women in any number of dangerous situations.

“It gives the women the ability to be more aware and in being aware, they are able to walk down a street and know the safety factors involved,” Gudani said. “It’s about the empowerment of knowing how to protect yourself.”

“We joke that we are immune from crime here on a college institution and that unfortunately is not true” Foster said. “Your safety starts with you.”

Referring to the recent report of a foiled kidnap attempt, Foster and Gudani said the victim’s calls for help saved her, and advised the attendees that their voice was their first line of defense.

“If you feel you are being followed or being stalked, call the police. A lot of women, after something has happened, say they didn’t want to bother the police. That’s not an excuse. Bother the police,” Foster said.

“You feel those hairs sticking up behind your neck. You get that instinct and you need to listen to it,” Gudani said.

Foster and Gudani advised the women to know the direct numbers of their local police departments. They said that although 911 will always be there to help, the local police would be able to offer more prompt assistance.

Along with the advice, Foster and Gudani demonstrated defensive techniques like protective stances and blocking techniques designed to ward off physical attacks.

Eleonora Veninova, a second year film and screenwriting graduate student and one of the seven participants in the course, said she took the course to better her ablity to protect herself.

“I read about many of the incidents that have happened. I have late classes and I work late in the USU (University Student Union) .I find myself being alone a lot at night,” she said.

Veninova, who is also a former reporter from Macedonia, said that this type of program doesn’t exist in her country so she took advantage of the opportunity to learn to protect herself.

Another participant, Lisa Anne Cohen, who works in University Advancement, said she took the course because she’s a woman and believed it was important that she know how to protect herself.

Cohen, who is the mother of a 12- year-old girl, said she was going to enroll her daughter in the R.A.D. kids course.

“She’s a tween,” Cohen said. “She needs to learn how to defend herself and to say no to peer pressure and attacks.”

Gudani said he hoped the women left with a new mentality.

“How dare someone do something to you that you didn’t want them to do. That’s the type of mentality I hope you get out of this,” he said.