CSUN men’s basketball attendance down from last season, below average for Division I 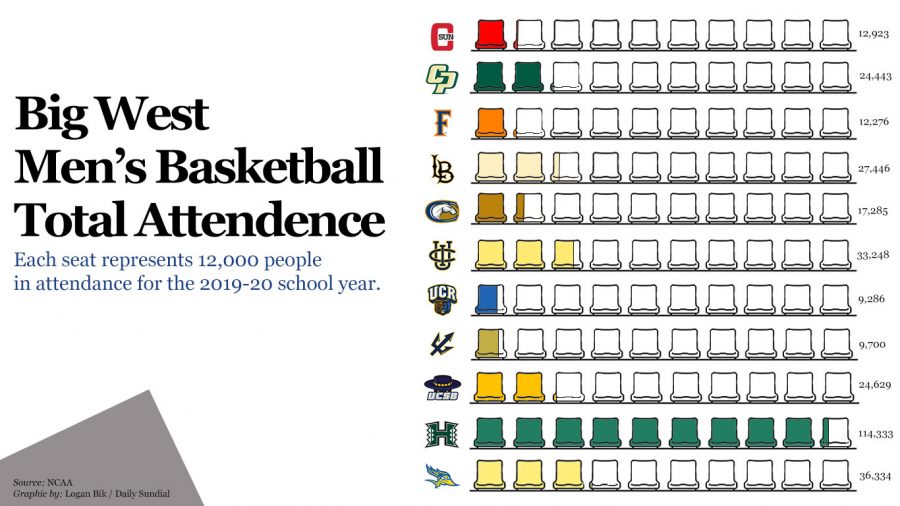 The Big West men's basketball attendance for 2019-2020 season varied from school to school, however the Hawaii Rainbow Warriors were the outlier, bringing in more attendance than any other school.

Despite CSUN’s men’s basketball having their best record since the 2008-09 season, the Matadors saw their attendance drop by an average of 113 fans per game from the 2019 season to the 2020 season, according to data released from the NCAA.

The Matadors finished their 2019-20 season second in the Big West with a 10-6 conference record before the COVID-19 pandemic ended their season.

Overall, the attendance of men’s basketball games in the Big West Conference was down by a total of nearly 7,000 fans over their 132 games played, according to the NCAA. Teams in the Big West drew an average of 2,090 fans to each game, a small decrease of 53 people per game from 2019.

However, attendance in all NCAA Division-I conferences was up to an average of 4,601 fans per game, a slight increase of eight fans per game from 2019. Despite the increase in average, total attendance dropped by more than 180,000 as nearly 100 less games were played, due to the pandemic.