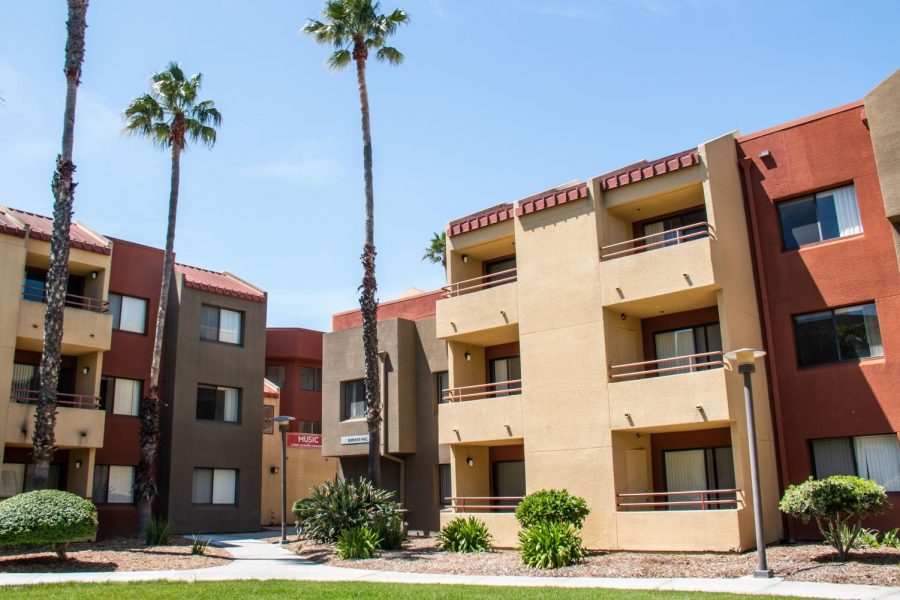 CSUN Student Housing are making changes to be in compliance with the new guidelines issued by the state and county, which defines which students should be offered on-campus housing.

CSUN will only offer campus housing to students without another housing option in compliance with new state and county health department reopening guidelines.

According to the new guidelines, universities should also reduce the number of its housing residents sharing a restroom. Eligible CSUN housing residents who had been paired with a roommate will now be moved into their own unit where they will have their own restroom, according to a letter sent to residents from Claire Davis, CSUN’s Student Housing director.

The university had already reduced its campus housing occupancy by more than half, but the new guidelines will shrink that number even further.

850 students were under contract for campus housing in fall before the new guidelines were announced.

The reduction deepens the economic blow to an arm of the university that typically brings $30 million in annual revenue.

“The impact of having less students living on campus will have financial consequences for us, however our focus remains on the services we are able to provide our students,” Davis said. “As such, we are utilizing our current staff to ensure those services continue.”

CSUN rolled out its initial fall occupancy plan in early July. It included a three-tier system to determine who would be offered the limited bedspace. Students who demonstrated a housing need, like foster youth or international students, were considered to be part of tier one and given highest priority. Tier two applicants include returning residents and tier three applicants include first time freshman or transfer students.

“The Student Housing staff are currently in the process of identifying which contracted students meet this new criteria, which will determine our revised occupancy number as we start the new semester,” Davis said.

Contracted residents who were made ineligible by the new requirement were given full refunds, according to Davis.

Davis said campus housing move-in began this week and will be spread out throughout the week.