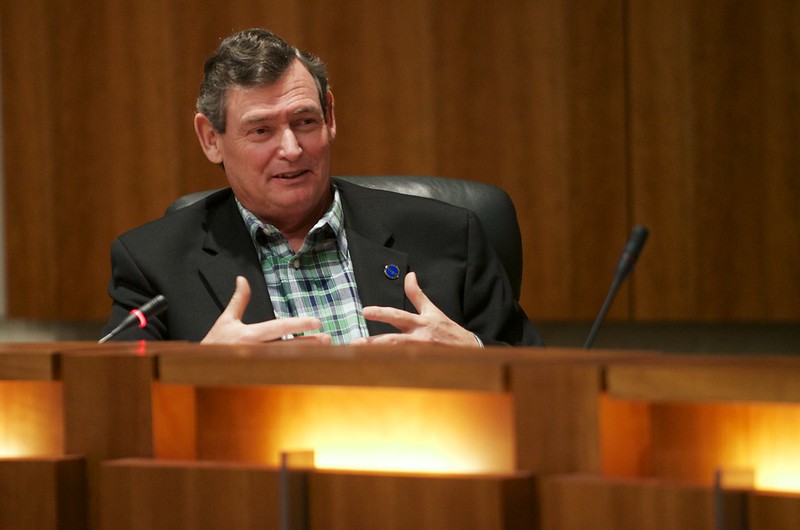 The State Hornet, CSU Sacramento’s campus newspaper, has compiled key takeaways from the event and important information that informs what the fall semester will look like.

COVID-19 safety on campuses
Approximately 93% of CSU courses will take place online in the fall, White said. He added that instructors have been preparing for this virtual semester over the summer.

The CSU system is not tracking positive coronavirus cases on a systemwide basis, White said.

Hong said the CSU does not have an “accurate or complete picture” of the number of positive coronavirus cases across the CSU system. Hong said because testing can happen in many places, the CSU would only be aware of a concrete number if the campuses were administering and tracking testing.

Testing has been difficult to access in many communities due to capacity issues, and since the CSU is part of those communities it can be a challenge to access testing, Hong said.

Hong added that testing alone is not enough to mitigate the spread of the virus — it must be paired with immediate, aggressive contact tracing. She said instead we should focus on wearing masks, social distancing and maintaining hand hygiene as opposed to testing prior to entry on campuses.

In-person courses will be spaced for social distancing, students will wear masks and cleaning protocols for equipment will be used in these courses, White said.

White said he ultimately had to approve all campus reopening plans, including academic plans, housing plans and intercollegiate athletic plans.

These plans vary across the different campuses, due to their different geographies, locations and campus sizes.

“Small, cramped classrooms are different than great, big, open spaces in some of the newer campuses, and so there is variability that something cannot happen on one campus and might be happening on another campus,” White said.

White said residence halls are at 50% capacity at campuses across the CSU system. Almost all rooms are singles unless they are a large room where beds can be kept six feet apart, such as a 250-300 square foot room.

Anti-Racism
Within a week of George Floyd’s death, CSU police chiefs contacted the CSU wanting to ban the “chokehold” technique from campus law enforcement protocols, White said. The CSU agreed, and there will be no training or use of the technique at all, White added.

White added that as a system, the CSU must “understand the systemic and historical contemporary issues that create different opportunities for people based on race and ethnicity and to commit to getting rid of that on campus and in our society.”

This issue is on the ballot this November in the form of Proposition 16, which would revoke the ban on affirmative action if passed.

Many CSU campuses’ learning institutes have recently addressed incorporating equity and inclusion in classrooms, Hong said. She said this included things such as workshops on unconscious bias.

“I want to be clear that training in itself doesn’t change the problem, but it is an important first step to seed those conversations and create that situational awareness,” Hong said.

Finances
There will be no change in mandatory fees for the fall semester, White said.

The discussion of mandatory fees at CSU schools has continued following multiple lawsuits against the CSU system, which asked for refunds of these fees for the spring 2019 semester.

Relyea said the mandatory fees are in place to provide essential services for students and to pay for faculty and staff. He said that many services mandatory fees pay for are still available virtually.

However, fees for some services that are no longer available for students can be addressed on a case by case basis and potentially refunded, Relyea said. He used the examples of housing fees and parking permits being refunded in the spring.

White said that tuition fees pay for roughly half of the cost of operating universities, and over 85% of total costs are for faculty and staff. White said the CSU system needs the resources that the state has provided, and added that the budget has been cut $300 million from last year’s.

Though some universities across the country have cut their tuition costs, White says those schools should not be compared to the CSU system because they have vastly more expensive tuitions.

The CSU has been building a reserve of money since it was caught off-guard in the 2008 financial crisis and was forced into furloughs and increased tuition prices, White said. This reserve positioned CSU to brace for the COVID-19 pandemic, and therefore it has had minimal impact on employees, he said.

However, White added, from a financial and economic point of view, this is not just a problem for this fall — this is at least a three-year issue.

“Between cost-cutting measures, the building of a reserve designed for a rainy day — and it’s raining now — coupled with a strong financial position going into this three-year period, we want to keep as many financial tools as we can for the next year and the year after in order to get through this three-year economic issue,” White said.

Resources for CSU students
The CSU has kept open most of its health centers, although most things are done through telemedicine, a form of remote healthcare, White said.

Hong added that with telehealth there are certain issues related to privacy and confidentiality, but the CSU worked with all 23 campuses to address issues and questions around this so students could access care with minimal interruptions.

Hong said the CSU is providing training for staff to improve virtual outreach to students and make referrals to health services.

The CSU is also researching whether it’s possible to secure a third-party vendor that could potentially provide services for students for an extended period of time, Hong said.

“Knowing that as the pandemic continues to drag out, as the racial strife continues to be a presence in our society, those are two big stressors, along with the financial stressors, that our communities are experiencing, so we want to be there for our students,” Hong said.

“If somebody lives in an area that doesn’t have good bandwidth or overcrowded residence with multiple generations and no private place to study, we need to be able to get them to another place so they can do their studies,” White said. “And I agree a car is not the best place, but it’s better than no place.”

“Bandwidth” is the maximum amount of data that can transfer over a network connection at a given time.

The CSU has tried to focus on training faculty to design their courses for things like low bandwidth because not all students have access to high bandwidth, Relyea said.

Additionally, CSU campuses are identifying students who may not have access to technology and providing them with laptops, webcams and other equipment, Relyea said.