Harrison welcome address: next CSUN president to be named in November 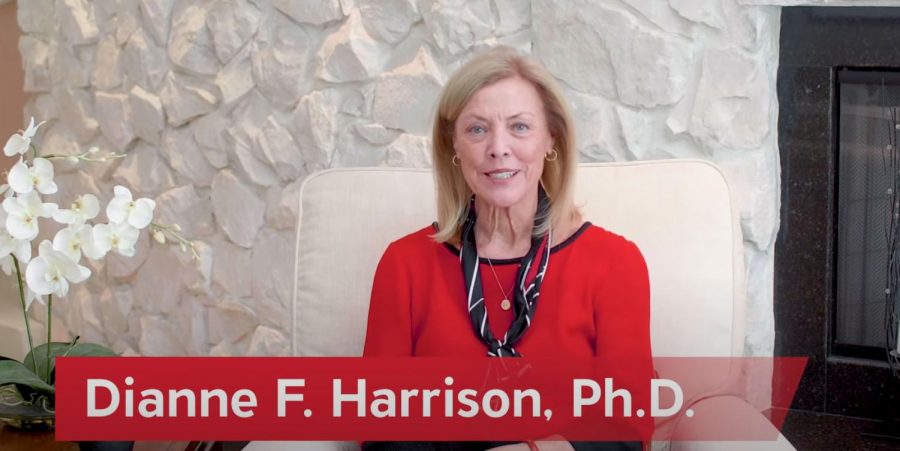 CSUN President Dianne F. Harrison's welcome speech addressed many topics, such as updates on the next CSU chancellor and CSUN president search, and the possibility of a December commencement ceremony.

CSUN President Dianne F. Harrison delivered a virtual welcome address to the university on Thursday. Here are the main takeaways from Harrison’s speech.

The next CSUN president is expected to be announced in November

Harrison was set to retire in June, but postponed her retirement until the end of fall to continue to lead the university through the uncertainty of the coronavirus pandemic. The search for CSUN’s next president commenced at the beginning of the year, but was suspended in light of the pandemic.

The search has resumed and the next president is expected to be named at the California State University Board of Trustees meeting in November, Harrison said in her speech. The hope is that the next CSUN president will begin their tenure in early 2021, according to Harrison.

The next CSU Chancellor will be announced next month

CSU Chancellor Timothy P. White planned to retire over the summer, but he also postponed his retirement until the end of the fall semester to lead the CSU system’s response to the pandemic. Harrison said the next chancellor is expected to be announced at next month’s CSU Board of Trustees meeting.

In April, Harrison said the university was aiming to have an in-person ceremony in December. The president said in her welcome speech Thursday that she is not optimistic about an in-person December commencement ceremony.

“We will keep everyone apprised of plans and any new information about these plans as soon as they’re available,” Harrison said.

Decision on spring 2021 semester can come as early as October

Harrison said the university expects to announce a decision on the format of the spring 2021 semester in October or November.

“Again, it will depend on conditions, but we will evaluate data from the California Department of Public Health and consult with our local public health officials to determine whether it is safe to proceed,” Harrison said.

One area of great concern for the university was enrollment. CSUN administrators worried that the continuation of online learning through the fall would turn off new and returning students and depress enrollment. Harrison presented enrollment data in her speech Thursday.

Harrison presented projected financial losses for the university’s 2020-21 campus budget. The CSU cut $16 million from its allocation to CSUN’s budget. CSUN also projects a reduction of up to $10 million in student revenue fees from non-resident students, such as international students who pay more in tuition and fees.

The reduction is likely related to lower enrollment from international students whose access to American higher education has been complicated by a slew of new U.S. Immigration and Customs Enforcement directives. Harrison’s report also includes projection of a $10 million loss from other areas, including revenue and new costs.

The projection totals to a potential loss of $36 million. The university plans to offset the potential losses through a combination of reducing operating and labor expenditures and using campus reserves.

CSUN expects the financial impact of the pandemic to shape budget planning for at least three years, according to Harrison.

Recommendation on Oviatt Library name change expected soon
Harrison provided an update on a university working group tasked with reviewing and providing a recommendation on the name of the Oviatt Library. The group is chaired by Vice President William Watkins. It was formed last year after the CSUN Students of Color Coalition claimed that the library’s namesake, former CSUN administrator Delmar T. Oviatt, was racist and demanded that the university change the library’s name. Harrison did not provide a time frame, but said that the group was in the final stages of its work and would deliver a recommendation to her soon. The decision on the library name would be made by Harrison, but would require approval from the CSU Board of Trustees, according to Harrison.

Harrison also discussed a number of university actions taken in response to the global uprising against racism over the summer.