Column: Could a bubble work for college sports? 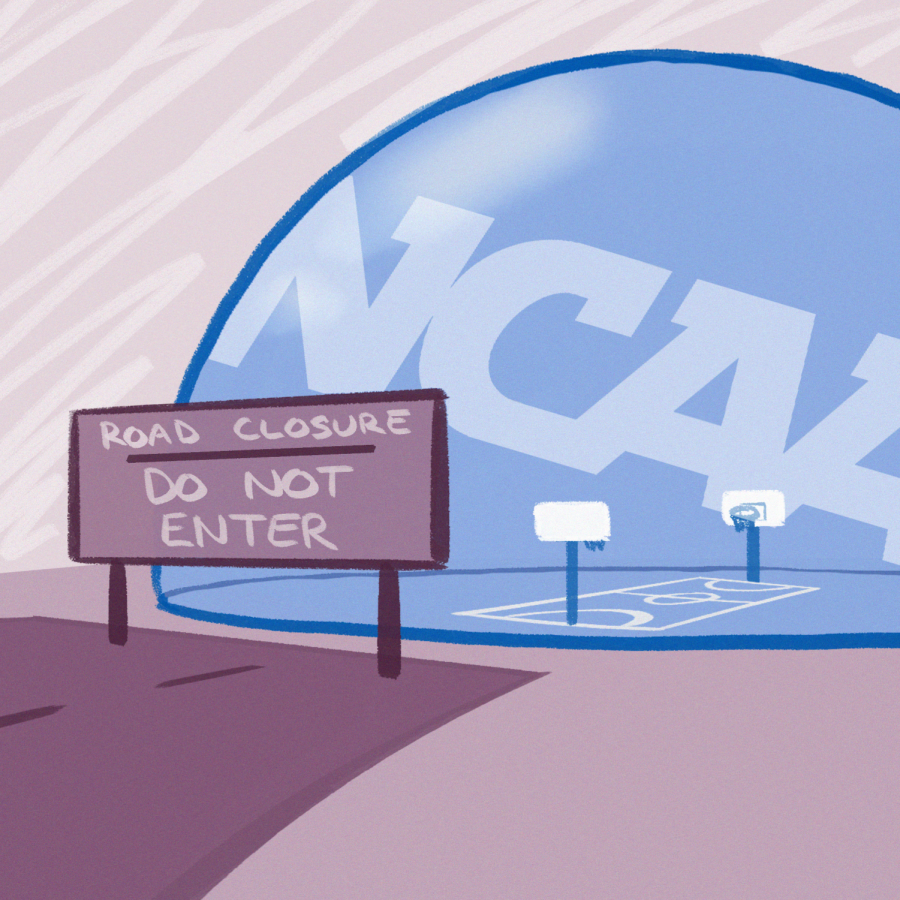 Professional leagues like the NBA have successfully enforced a bubble environment in order to resume games — a move college sports could possibly make.

With the fifth month of the COVID-19 pandemic coming to a close, attending Zoom meetings and wearing masks out in public have become normal parts of everyday life. However, some sectors of old life are starting to return. Although mass gatherings are still prohibited, one of the main comebacks in recent weeks has been professional sports.

The ability of pro sports leagues to successfully operate in a bubble environment has prompted this question to come up in the minds of many sports fans: Could college sports work in a bubble?

In the U.S. this past month, the NBA, MLB, NHL and MLS have all returned to playing games consistently. Some leagues have been handling their seasons safer than others, but they have all successfully brought their leagues back into action during today’s unprecedented circumstances.

The MLB is the only currently active league that is operating outside of a bubble, with the NFL joining them in mid-September. Out of all the sports leagues that have returned, the MLB has had the most positive cases with 104 players and personnel having contracted COVID-19.

The way the NBA has conducted its bubble season has shown to be effective. Teams and personnel began to arrive at the bubble in early July. Since July 20, the NBA has reported zero positive COVID-19 tests for its fifth straight week. If it is well run, funded and organized, a bubble could work.

College sports have not been as successful as their professional counterparts in coming up with a plan to safely play their seasons. Many conferences have postponed their fall seasons, while some are still hoping to have their seasons go on.

If colleges want to successfully conduct a season during the age of coronavirus, they will need to have a monumental shift on how they operate. An obvious step would be to have all of the athletes living separately from the rest of the student body, a concept that isn’t something foreign to the NCAA.

Up until the NCAA banned the practice of them in the 1990s, many universities in the South and Midwest had athlete-only residence halls. The NCAA’s reasoning for getting rid of the athlete-only dorms was that it built a divide between them and other students, saying “the dorms were a perk not given to the rest of the student body.”

According to the Chronicle of Higher Education, almost 50% of universities in the United States are being held primarily in person or are undecided. Bringing back the practice of athlete-only dorms could be a way to successfully sustain a college sports bubble.

Another issue that comes up is compensation. Living in a bubble environment is not as hard of a thing to ask for professional athletes to do since they are getting paid to do so. It is much harder to ask a college athlete, who has no incentive to play other than their love of the game, to put their health on the line in order to make money for the school.

The NCAA had a revenue of over $1 billion during the 2016-2017 school year. The SEC, one of the few conferences who have yet to postpone their season, made $651 million in 2018-2019 among their 14 universities. Money, as it turns out, is the main reason some of these schools are so desperate to conduct their fall sports seasons.

There is a joint desire between athletes and administrations for college sports to occur. College football players representing the Power Five conferences have come together on social media using hashtags #WeAreUnited and #WeWantToPlay urged the NCAA to create a plan for a safe environment for them to play.

College sports not happening this fall season is a huge disappointment for sports fans. However, health and safety should be held above everything in this regard. If there is no concrete plan agreed upon by everyone to play then it should not happen. With the pandemic still raging on, all you need is one mistake to happen in order for everything to fall apart.