What’s happening with the U.S. Postal Service, and will it affect mail-in voting in November? 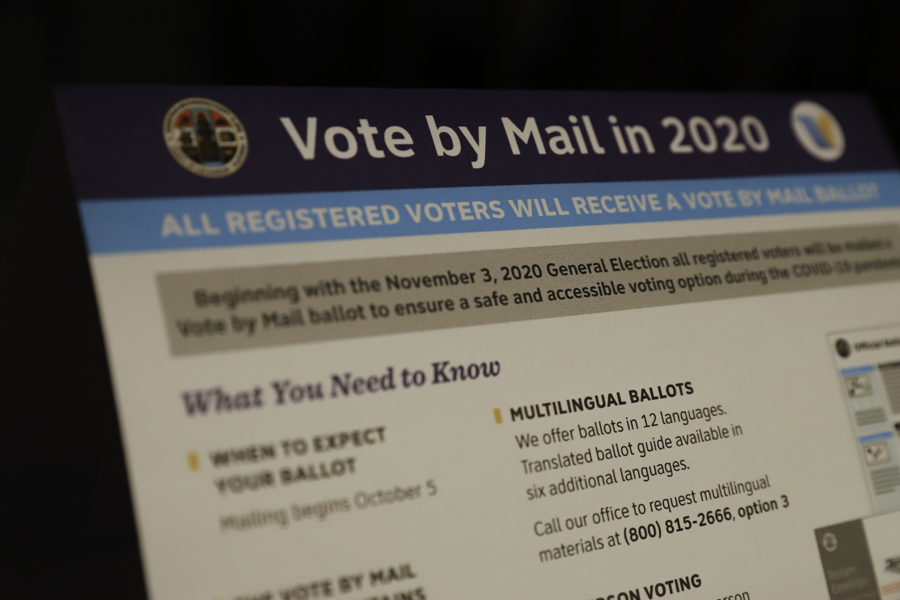 The operational changes to the U.S. Postal Service and the push toward mail-in voting because of the COVID-19 pandemic has caused uncertainty for voters.

In a hearing with the House Oversight Committee on Monday, the Postmaster General Louis DeJoy defended his decisions to make structural changes ahead of the presidential election.

He said he would wait until after the election to continue operational changes to the Postal Service, but has said before the House and the Senate that he will not reverse already-made changes.

Ten percent of the Postal Service mail-sorting machines were taken out of commission, meaning 671 sorting machines from across the country were removed. States with larger populations and more machines were prioritized when it came to deciding where removals would occur, according to the Washington Post.

Photos on social media of trucks carrying blue mail boxes away, and locked boxes across the country created panic as to why this was happening — especially with the presidential election just two months away.

The 2020 election, also happening amidst the pandemic, will largely be tallied by mail-in ballots as people continue to practice social distancing. In-person polling places will be available, although there is a push across the country to vote by mail to reduce social gathering.

Forty-four million voters will have their ballots mailed directly to them, according to an analysis by the New York Times. In 10 states, including California, voters will automatically be sent mail-in ballots. Despite operational restructuring in the Postal Service, the amount of mail being processed at one time is not the issue. The issue is timing.

This year is different. Forty-six states and Washington, D.C. received letters from the Postal Service, detailing that they may not be accommodated in mail-in balloting closer to Nov. 3.

DeJoy said a plan as to how mail-in ballots would be delivered on-time is still being drafted.

Trump has repeatedly denounced mail-in voting, claiming that it leads to voter fraud, and instead encourages in-person voting.

The claim that mail-in voting is fraudulent is false. There is no evidence of coordinated voter fraud, according to a senior FBI official.

“If they don’t get those two items, that means you can’t have mail-in voting because they’re not equipped to have it,” Trump said.

Attorneys general of multiple states are taking legal action against the postal service. The lawsuits allege that DeJoy implemented changes without the Postal Regulatory Commission’s approval, thus tampering with free and fair elections.

Washington is leading one lawsuit against the president, the Postal Service and DeJoy. The suit will be joined by Colorado, Illinois, Maryland, Michigan, Minnesota, Nevada, New Mexico, Oregon, Rhode Island, Vermont, Virginia and Wisconsin.

Pennsylvania filed a separate lawsuit on Friday against the Postal Service, DeJoy and Robert Duncan, the Postal Service Board of Governors Chair. California, Maine, Delaware, Massachusetts, North Carolina and the District of Columbia joined the lawsuit.