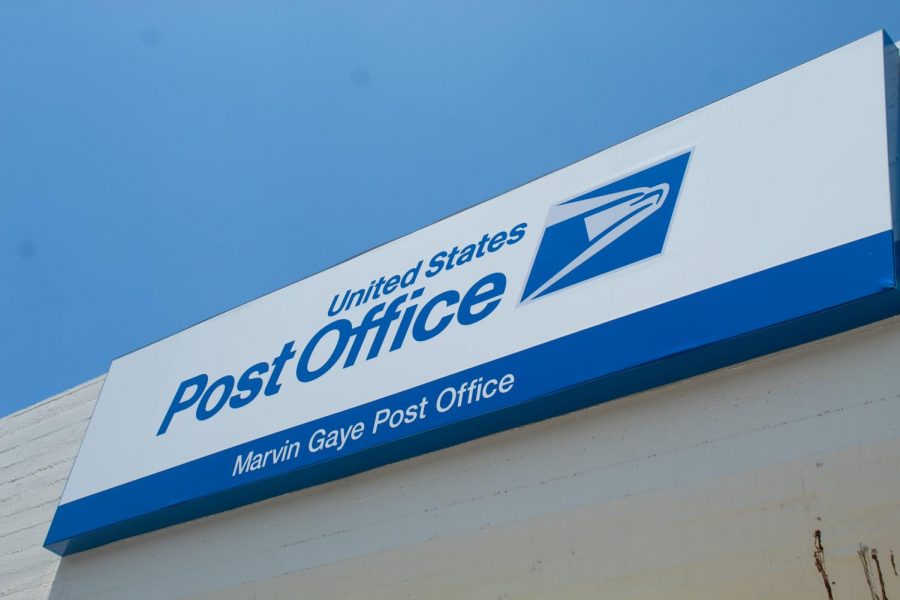 After assuming the position in mid-June, Postmaster General Louis DeJoy began making operational changes and cutbacks to the United States Postal Service that have severed public trust in the service.

This prompted frustration and anxiety amongst other Postal Service employees. Despite this, they continue to express a desire to do their jobs well and to protect the integrity of the upcoming election.

“I love my job. This drives me crazy. It’s painful to watch,” said Janette Dolabson, president of the National Association of Letter Carriers Branch 2462. “You would never think in a million years that someone would be able to do this.”

“It was like a bomb went off,” Dolabson said. “You couldn’t walk through that office.”

“I love my job. This drives me crazy. It’s painful to watch. You would never think in a million years that someone would be able to do this.”

Across the country, there have been reports of blue mailboxes being ripped from street corners, mail sorting machines being destroyed, and long waits for important mail like medicine and bills. The Los Angeles Times reported dead baby chicks and rotting fruit at the processing facility in South L.A.

“There was a package of medications from a pharmacy that was postmarked on July 21. The day I was there, it was still sitting there, on August 8. First-class mail from a pharmacy,” Dolabson said.

A clerk at the Los Angeles Processing & Distribution Center, who wished to remain anonymous to avoid retaliation by their employer, said that some mail, including priority mail, has been delayed for at least 3 weeks.

A Postal Service workers union member, who wished to remain anonymous to avoid retaliation by their employer, as well as Dolabson, said that at the processing facilities, mail was being incorrectly dated so it could be sent out later – which is a federal crime. Dolabson was unsure who was changing the dates.

Dolabson said that workers will normally stay on a route until all of the mail is delivered, — which could take upwards of 12 hours — she said her workers consider it their personal duty to deliver the mail, no matter how long it takes.

Now, according to an internal memo obtained by the Daily Sundial sent out to the Postal Service employees on July 10, “Carriers must begin on time, leave the street on time, and return on time.”

Dolabson said this change has been a factor in mail delivery backups, and caused frustration amongst employees.

For months, President Donald J. Trump has been touting untrue claims about election fraud and criticizing the Postal Service, even calling it a “joke” during a press briefing in the Oval Office.

Union members said that morale among employees has taken a hit because of these comments.

“When Trump said the Postal Service was a joke, that was offensive to people who take our job seriously,” said Sebrina Maynard, who is from the National Association of Letter Carriers’ San Fernando Valley branch.

“Postal workers want to work and they want to do a good job,” she said.

A poll by the Pew Research Center found that 91% of Americans view the Postal Service favorably, compared to several other federal agencies like the Internal Revenue Service and U.S. Immigration Customs and Enforcement, which were viewed favorably by 65% and 46% of the public respectively.

In his opening statement before a hearing by the House Committee on Oversight and Reform on Aug. 24, DeJoy explicitly denied making operational changes.

Maynard said that the changes were made brazenly and without enough thought.

“You can’t walk into a place and see how it works and say ‘I don’t care, this is what we’re doing from now on’ … I just don’t understand why he’d put all these policies in place without doing his due diligence to find out how it works,” Maynard said.

After massive public outcry, DeJoy has announced that the measures will be suspended “to avoid even the appearance of election fraud.”

Several Postal Service employees and Postal Service Worker union members were vocal about these changes, but others were unwilling to speak out due to the fear of losing their jobs.

An internal memo sent out to employees in the Greater Michigan District asked employees to “avoid the temptation to ‘answer a few questions’” and said that the Postal Service must provide an “official response” to “negative or controversial coverage.” 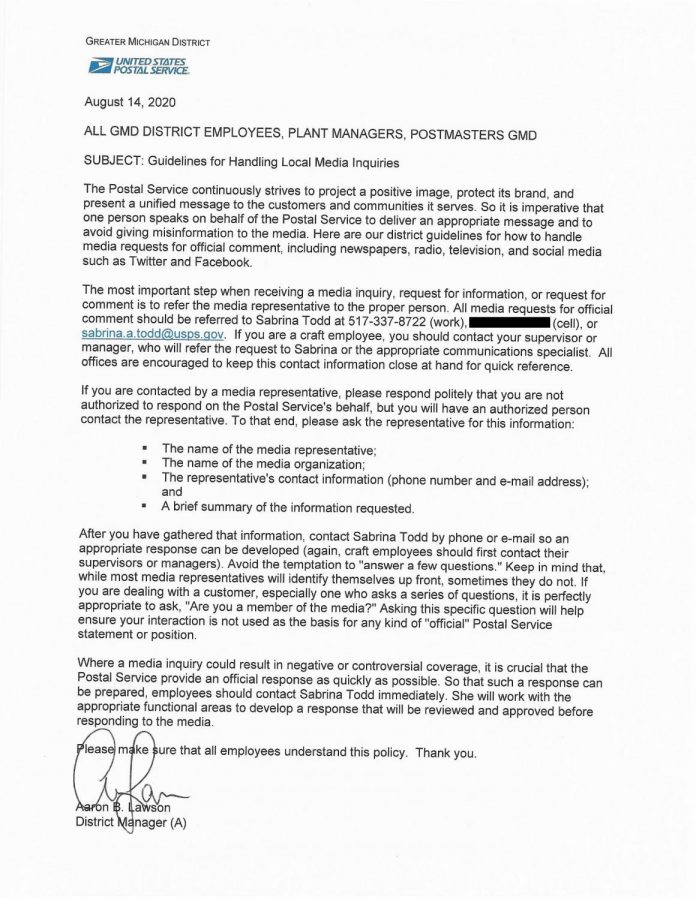 Multiple union leaders have said that processing facilities are no longer filled with packages and delays have slowed down. Dolabson said their offices are operating as normal and both attributed the improvements to the media and attention from the public.

Gonzalez, Dolabson and other union members expressed that the Postal Service has the ability to handle the mail and get ballots in on time – it’s the operational changes that make it difficult.

Gonzales believed that the operational changes were connected to the upcoming U.S. presidential election. “It’s one hell of a coincidence,” he said.

There is a growing movement to reverse these changes and protect the upcoming election. On Wednesday, Postmaster DeJoy was given a congressional subpoena regarding the operational changes. California Attorney General Xavier Beccera joined several other states in suing the Trump administration over the changes and asked for their immediate reversal. Employees said that they believe this pressure, if held up, is critical.

In response to DeJoy’s changes, rallies were held across the country, including in Los Angeles, in support of mail carriers and postal employees.

“They couldn’t keep it their little secret when people started noticing,” Maynard said.

A spokesperson for the Postal Service declined to comment.

*Editor’s note: Edited to note that Louis DeJoy assumed the position of postmaster general in mid-June on Sept. 3, 21:01 p.m.