Vogue Magazine shines a gleam of hope through special issues 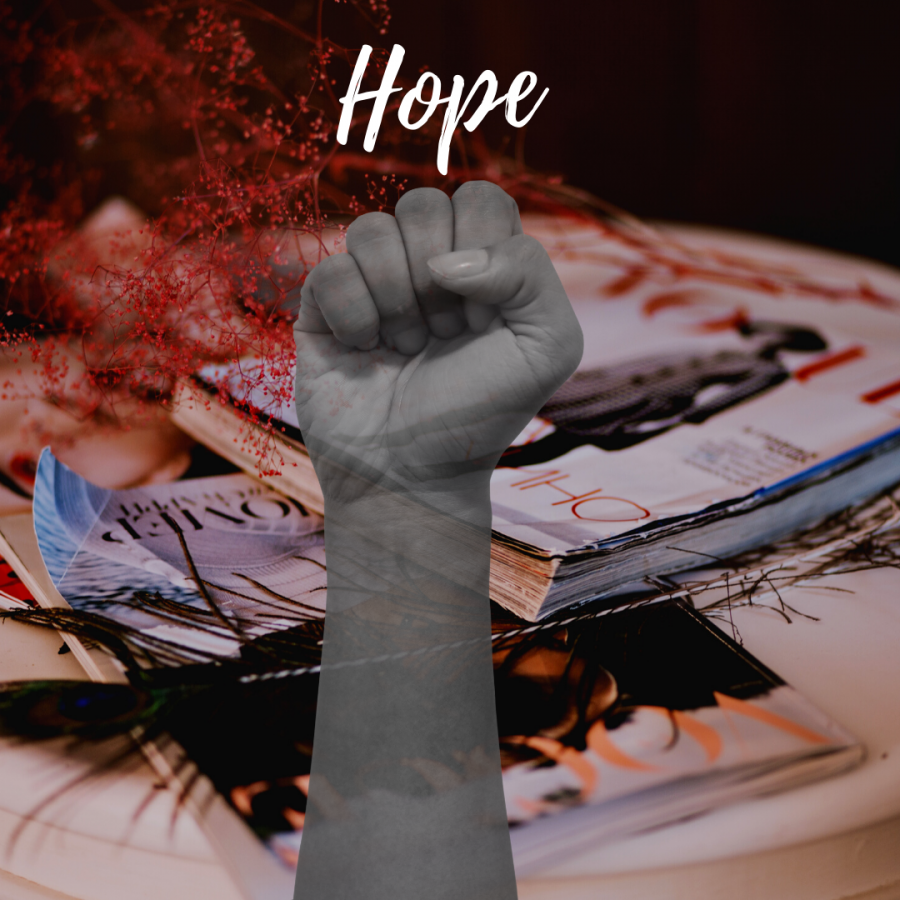 Vogue, the crème de la crème of fashion magazines, combats the harsh realities of the world today by sharing its aspirations for a better tomorrow.

Through August and September, all 26 editions of Vogue published in 19 languages will unite under one common theme – hope – for the first time in the magazine’s 128-year history, according to Vogue.

The first global issue entitled “Hope” was born from the uncertainty brought on by the unprecedented COVID-19 pandemic, the ongoing fight against racial injustice and the accelerating impact of climate change.

Anna Wintour, editor-in-chief of the American Vogue, the U.S. artistic director and global content advisor of Condé Nast, expressed her view of the theme in the September edition.

“Hope may be hard to find in a moment of crisis, but it also feels more essential than ever. It’s part of our shared humanity, a source of delight and inspiration, and keeps us focused on a brighter future,” Wintour said in her editor’s letter.

Vogue is regarded as the fashion authority of the world. The magazine acts as the tastemaker that dictates what is worthy of attention, and this themed issue is an extension of their influence beyond the world of fashion.

“As a society we are being presented with what seems like more negative news every day or month. It’s gotten to the point where it feels like we have little to no time to fully heal or address the problems from one event before another impactful event takes place,” said CSUN student Vanessa Osorio.“Their decision to unite their editions shows our society that by coming together and working as a team, we can execute change and have something to look forward to no matter how far from it we may feel.”

“Hope may be hard to find in a moment of crisis, but it also feels more essential than ever. It’s part of our shared humanity, a source of delight and inspiration, and keeps us focused on a brighter future.”

Each edition will embody the theme with varied interpretations.

Vogue’s U.S. September edition of “Hope” has two covers — one painted by artist Kerry James Marshall and the other by the artist Jordan Casteel. Both artists were given full artistic freedom aside from the requirement of deciding on one of the pre-selected dress options provided by Vogue.

The cover painted by Marshall dawns a dark-skinned fictional character with hardly visible features that are intentionally crafted to make people look, which represents the complexity of Blackness, according to Marshall.

“If you’re going to be painting a face as black as I’m painting them, they can’t just be a cipher, like a black hole. They have to be mysterious but available. If you say ‘Black is beautiful,’ you have to show it. And what I’m doing is showing it at the extreme. Yes, it is black — very black — and it is very beautiful,” Marshall said about his creation.

For the September issue, we invited two artists, #KerryJamesMarshall and Jordan Casteel (@jordanmcasteel), to make paintings for our covers. For his cover, above, Marshall created a fictional character, as he typically does in his paintings. “I’m trying to build into her expression that she’s not dependent on the gaze of the spectator,” he says. “‘I’m here and you can see me, but I’m not here for you.’ That’s a critical element. The great word, ultimately, is going to be self-possessed. That’s what I’m aiming for.” The Black figures Marshall paints have skin so dark that it is, as he says, “at the edge of visibility.” To achieve this, Marshall begins with three different shades—carbon black, iron oxide black, also called mars black, and ivory black, also called bone black, and then adds cobalt blue, chrome green, carbazole dioxazine violet, yellow ochre, and raw sienna. “The color comes up when you stack them on top of each other,” he says. “If you’re going to be painting a face as black as I’m painting them, they can’t just be a cipher, like a black hole. They have to be mysterious but available. If you say ‘Black is beautiful,’ you have to show it. And what I’m doing is showing it at the extreme. Yes, it is black—very black—and it is very beautiful.” Tap the link in our bio to read more about the making of our September covers, which are part of our global reflection on #VogueHope. Artwork by #KerryJamesMarshall, written by Dodie Kazanjian, Vogue, September 2020

British Vogue’s September edition focuses on activism. The cover features a fold-out that showcases 20 activists, including Adwoa Aboah, an English fashion model, and Marcus Rashford, an English soccer player, on the front.

Vogue Arabia highlights stories of resilience. One of the two September covers for the issue features Mila Abouchalbak, a Lebanese child affected by the Beirut port explosion earlier in August.

“She did not lose hope even though she saw her house demolished before her eyes, so she bore every appreciation and respect for other citizens who took to the city streets to clean it and rebuild it. Her future may seem vague, but she hopes that her country, Lebanon, will rise again,” Manuel Arnaut, Vogue Arabia’s editor-in-chief said of 7-year-old Abouchalbak.

Arnaut said the edition is dedicated to Lebanon’s youth.

Vogue China’s September cover features actor and model Zhang Ziyi with the story of Nüwa, the goddess of creation, as the main inspiration of the cover, according to Vogue’s international Instagram account. In Chinese mythology, Nüwa is believed to have created humanity and repaired the pillars of heaven after it fell. The goddess is associated with hope.

Vogue Portugal’s edition has a 100% recycled polyester label on the cover that reads, “100% HOPE.”

“To have hope in difficult times is not some foolish romantic idea. It springs from the fact that human history is a history not just made up of cruelty, but made of compassion, too, and sacrifice, courage, kindness … love,” said Sofia Lucas, Vogue Portugal’s editor-in-chief, in her editor’s letter.

Vogue’s “Hope” issue fosters togetherness in a period of history that craves hope in abundance.

“Vogue’s theme of hope is significant to our society because it illustrates that there may just be some light and the end of all this and that we need to persevere to our end goal despite the circumstances,” Osorio said.

As the September “Hope” covers are unveiled, the updated list can be found on the Vogue website.