My reintroduction to the big screen: Christopher Nolan’s “Tenet” 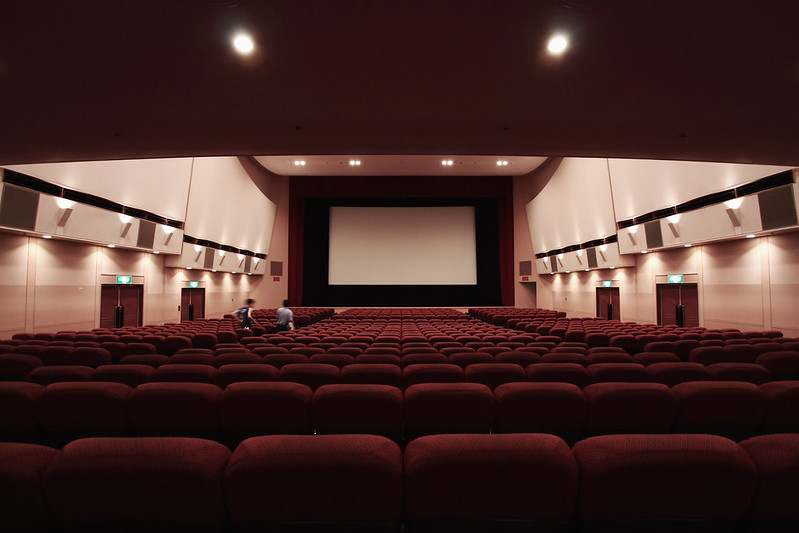 Movie theaters around the world have to implement new protocols amid the pandemic.

Since my first trip to the movie theater at the age of five, I don’t think I’ve experienced a longer draught of theater-less movie-watching than I did during the initial months of COVID-19. That all changed last Saturday when I risked my life for Christopher Nolan — or rather, for his new movie, “Tenet.” OK, that’s probably a bit dramatic but such are the times.

I chose the newest theater in town thinking they’d have the best ventilation and unlike the days of old, this “sold out” screening had a grand total of 46 people in the seats with ample space between us.

Aside from the fact that the theater was so sparsely attended, things felt relatively normal once I got settled in. It wasn’t mandatory to keep your mask on after you were seated so about half the moviegoers did and the other half didn’t.

Like most Christopher Nolan movies such as the “Dark Knight” trilogy, “Inception” and “Interstellar” among others, “Tenet” was billed to be a high grossing summer blockbuster.

When the theaters shuttered in mid-March, the studios scrambled to figure out how, when and where they were going to release their most anticipated movies of the year.

Universal and Disney decided to release a few of their marquee titles direct to video on demand, but Nolan was insistent that “Tenet” be released in the theaters. So, on Aug. 27, it graced the big screen internationally and Sept. 3 in the United States. Since I have been quarantining in Vancouver, Canada, I was able to see it before my friends down south.

Containing the culmination of all the elements we’ve come to associate with his filmmaking, one could make the argument that “Tenet” is the most “Christopher Nolan” Christopher Nolan movie. It’s high concept, grandiose in its cinematic scope while being extremely intricate in its plot, and at two hours and 30 minutes, it’s long. It is a movie to be experienced on the big screen with as few distractions as possible.

At the end of the first act, Nolan’s nameless CIA agent, Protagonist, is introduced to the concept of “inverted” entropy, or more simply put, things moving backward through time. He is then tasked with the nearly impossible mission of finding who is responsible for sending things backward from the future, and what their intention in doing so is.

Striking his own unique chord between the always stoic Jason Bourne and the ever-dapper James Bond, John David Washington brings the Protagonist to life in a way that gracefully leads the audience through this often confusing world.

The result is a wild, often mind-boggling but never slow-paced adventure with stakes that are nothing short of human existence. Does it require some degree of mental fortitude? Yes. Do I claim to understand every last nuance and turn in Nolan’s richly created world? No. But, more so than his 2018 hit, “Inception”, he leaves enough morsels for you to think that just maybe you can assemble a backward and forward understanding of this inverted reality. Well, at least forward.

Mask up, douse the hands with some sanitizer and enjoy the ride.