Soccer forward Danny Trejo declares for MLS, will not return to CSUN 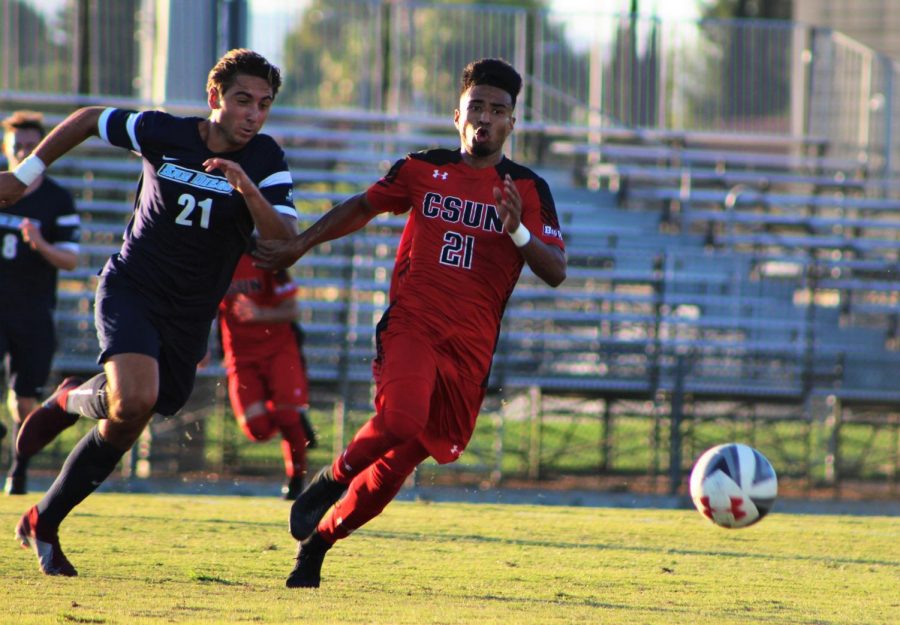 Daniel Trejo aggressively fights for the ball to dribble towards the goal against the University of San Diego on Sept. 23, 2018.

CSUN soccer forward Danny Trejo announced his intention to enter the MLS SuperDraft, which will be held in January. As a result, Trejo will not play for the Matadors if the Big West Conference resumes sports tournaments in the spring.

“(The draft) has been my goal since I arrived at CSUN,” Trejo said. “I talked to a few teams last year at the Combine, so hopefully I am drafted high.”

Trejo was among 40 college soccer players selected to take part in the Adidas MLS College Showcase, which took place after the conclusion of the 2019 soccer season from Dec. 13-15.

Trejo has signed with an agent and is dedicating his time to preparing for the draft. The draft’s list of eligible players will not be announced until the end of the year.

This news comes after the announcement on College Soccer News that Trejo had been named to the Pre-Season All American third team — the most recent of many awards that Trejo has earned in his tenure with the Matadors.

“I wasn’t surprised since I put a lot of time into this sport,” Trejo said. “It’s always motivating to get recognition from awards, they help out a lot when trying to get to the next level.”

Trejo was selected to the Big West All-Conference First Team after both his sophomore and junior seasons. He was also named Big West Offensive Player of the Year for the 2019 season. Trejo was also the active career leader in goals and points in the Big West.

After years of being a standout at CSUN, Trejo finally has his dream in reach: a chance to play professional soccer.