L.A.’s poor air quality expected to last for weeks, according to experts 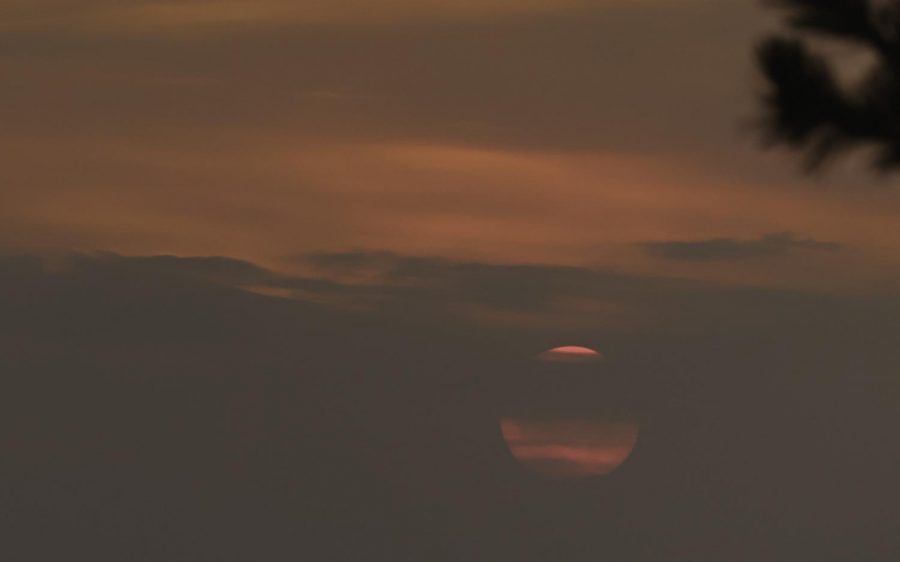 Here’s what you need to know:

The state of California is in the midst of a destructive and volatile wildfire season that is covering most of the state in smoke.
Los Angeles County is under air quality warnings and has seen several days of unhealthy air.
The air quality will not completely return to normal at least until the fires are contained, which could take several more weeks.

For the past several days, California’s blue skies have turned into an eerie sepia-toned gray due to the series of wildfires that began earlier this month. The air quality has been unhealthy in much of the L.A. County, including the San Fernando Valley.

The poor air quality will last until the fires are contained and some time after, according to Cal Fire. The National Weather Service in Wakefield Virginia tweeted that smoke from the west coast is reaching the Northeast region of the United States.

The Bobcat Fire has threatened popular California locations including Chantry Flats and the Mount Wilson Observatory. Residents in Monrovia, Arcadia, Pasadena and several other cities have faced evacuation orders. The U.S. Forest Service has closed all 18 national forests in the state of California in response to the air quality.

Dr. Amalie Orme, Professor of Geography and Environmental Studies at CSUN, said the fire’s intense effects on the west coast are a result of many compounding factors, including the recent Santa Ana winds, the recent heat wave and moisture from the marine layer.

“Smoke from the Bobcat Fire is particularly bad for the valley,” Orme said. “Firefighters tried to turn the fire to an east-north-easterly direction, which caused air flow in that direction.”

Dr. Orme said climate change has had a significant impact on the wildfires.

“We used to say we have a fire season – we can’t say that anymore.”

“We used to say we have a fire season – we can’t say that anymore,” she said.

L.A. County Public Health declared an unhealthy air advisory for areas of the county including the West San Fernando Valley. Since then, the county has released multiple air quality advisories. An advisory on Sept. 13 warned people with pre-existing conditions to stay inside to protect their health.

“We ask everyone to remember that smoke and ash can be harmful to health, even for people who are healthy,” Muntu Davis, Health Officer for L.A. County said in a statement.

Southern California residents said they have been feeling the effects of the smoke, including headaches, chest pain and difficulty breathing.

“I am a lung cancer survivor, having lost most of one lung, so I am doing everything possible to minimize exposure,” said Scoop Erikson of Sierra Madre.

“[We are] feeling frantic to escape the smoke the same way we were frantic to escape 113 degree temperatures,” said Suzy Beal of Crescenta Valley. “Besides feeling ill, it’s the feeling of being unable to escape snowballing disasters.”

Gov. Gavin Newsom said that climate change has significantly impacted the fires during a press briefing on Friday delivered from the site of fires in Northern California.

“The debate is over in terms of climate change,” he said. “If you don’t believe that, just come to the state of California.”

President Trump met with Newsom in Sacramento on Monday to discuss the current conditions in California.

During their discussion, Trump dismissed the role of climate change saying, “It will start getting cooler, you just watch. I don’t think science knows. ”

Much of L.A. County currently has an “unhealthy” Air Quality Index. Residents are urged to stay inside and keep outdoor physical activity to a minimum.