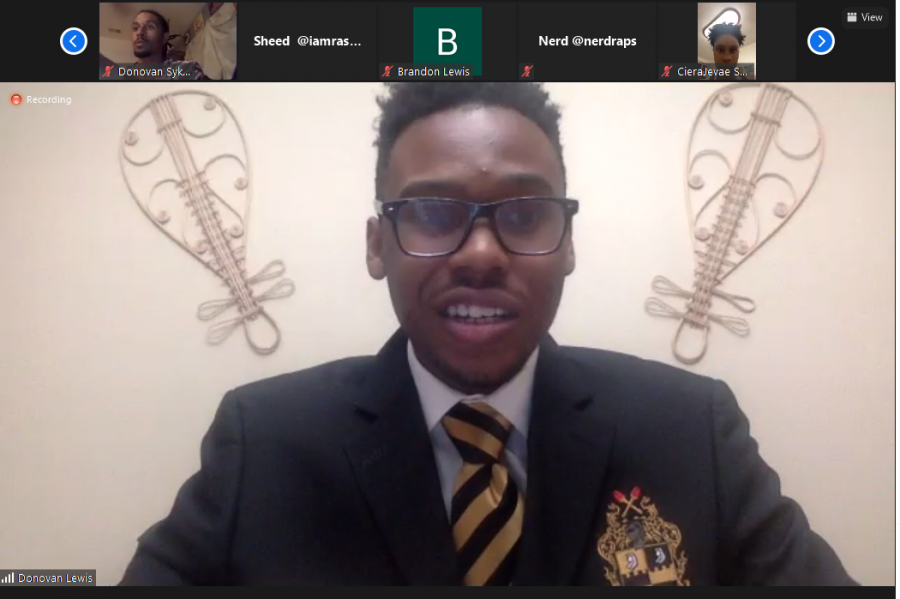 Students and creatives tuned in for the annual Alpha Phi Alpha Def Phloetry Jam on Thursday, Sept. 24 via Zoom. Those in attendance presented poetry, spoken word and rap that touched on the theme of perseverance in the Black community.

The Def Phloetry Jam provided a space for Black students to reflect on how they have persevered in their daily lives, especially during a time of racial upheaval in the United States. Common themes included growing up as a Black American, dealing with police and focusing on the Black Lives Matter movement. The event was hosted by Alpha Epsilon Chapter President Donovan Lewis.

“It is imperative to uplift our Black community in this time because the world views us as an inferior race,” said Lewis. “Our heroes who have passed on like Chadwick Boseman, Kobe Bryant, George Floyd and Breonna Taylor all have made huge contributions for our Black community and their story needs to be told and remembered throughout time. Our story can not be forgotten and it must be told.”

A day before the event, a grand jury brought no charges to the Louisville police officers for killing Taylor. This decision immediately sparked protests in Louisville, Los Angeles and other cities across the country.

Author and co-founder of Black Greek Poets, Kwyn Townsend Riley, presented a poem titled “Black Girl Magic” in which she mentions Breonna Taylor’s name. Riley originally wrote the poem after discovering what happened to Korryn Gaines, who died from police gunfire in 2016, and has since referenced other Black women who have been affected by police violence.

“It is sickening knowing what we endure and to be called ‘resilient’ is almost a laugh in the face to be told that we have ‘magic.’ I just wanted a piece that would humanize us so people know that what we are going through is not glitter and sparkles. We are really dying. We are really disappearing. We are real,” said Riley.

Her poetry focuses on Black women from the southside of Chicago and Black queer women.

Other presenters of the evening included Ori Cle, Set The Versifier and Amira Redeaux reciting their works of poetry and spoken word.

The Alpha Phi Alpha fraternity will continue the event next year to provide students and creatives the opportunity to present their work in a safe space.

“The event is always a success and I don’t have any plans on stopping it,” said Lewis.