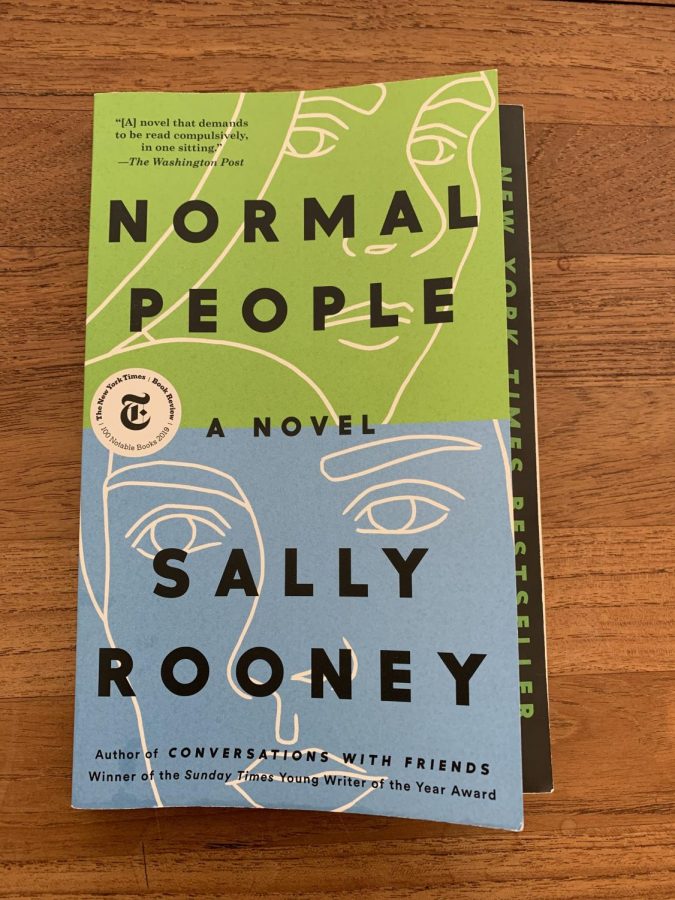 Sally Rooney's novel, "Normal People" won book of the year for the 2019 British Book Award and it was ranked 25th on The Guardian's "The 100 best books of the 21st century" list.

We’re living in a year that has most of us yearning for any escape we can find, and that’s exactly what was offered when I picked up Sally Rooney’s New York Times bestseller, “Normal People.” But readers be warned — this escape is not easy, flashy or cheap. Although it’s brief and sparse in style, the novel is emotionally challenging and ultimately, devastatingly cathartic.

In about a two-week binge that started with page one of the book and ended with the finale of the TV adaption, Rooney’s fictionalized characters, Marianne and Connell, crept into my bones and occupied more space than I ever expected.

Rooney begins the tale of these tethered star-crossed lovers during their final year of secondary school in a sleepy Irish town. Marianne, who is outspoken, is considered odd and thus on the outer fringes of the popular crowd. Connell, on the other hand, is the reluctant, soft-spoken epicenter.

She comes from money and he comes from far fewer means. Despite Connell and his single mom’s lack of money, the duo has a loving mother-son relationship. Marianne, however, lives in a large and loveless house.

The social harmony that exists in this teenage world is threatened when Connell finds himself attracted to Marianne and they strike up a secret relationship.

What is initially a story based on the familiar high school trope of socially-forbidden love quickly evolves into a relationship drama that is utterly refreshing in its brutal honesty. As the relationship moves away from the high school context, Marianne changes Connell’s life forever when she urges him to join her at the elite and cosmopolitan Trinity University in Dublin. From there, the grinding wheel of life begins to do its work on them.

In a time where one of the louder cultural messages is to be fiercely self-reliant, Rooney’s characters continue to come limping back to each other. Yet their bond isn’t based on any kind of emotional neediness or manipulation, in many respects, their love for each other is the very thing that has freed them from such.

As the book approaches its denouement, Marianne comes to the realization that after everything she’s been through in her 21 years of life — and she’s been through a lot — that, “No one can be independent of other people completely, so why not give up the attempt … go running in the other direction, depend on people for everything, allow them to depend on you, why not.” This kind of unflinching vulnerability is what makes these characters sparkle.

Watching the television adaptation of a book you thoroughly enjoyed can be a risky business. The creative team, led by acclaimed Irish filmmaker Lenny Abrahamson who directed “Room” and “Frank”, brings Rooney’s world to life in a way that is nothing short of beautiful. So, once you’re finished with the book, let the escape continue as you’re swept up in lilting Irish accents and charming small-town locations.