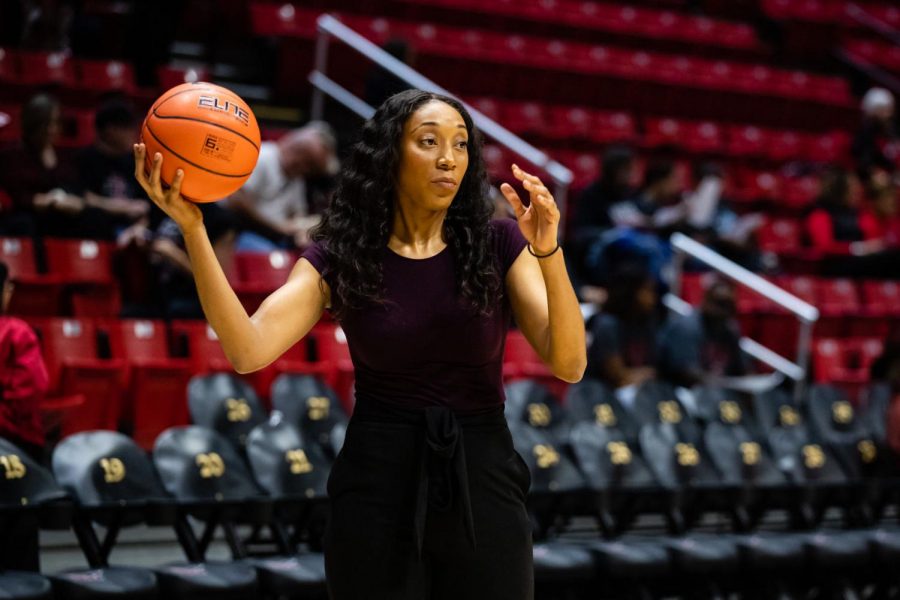 Boykin, who will be coaching alongside Foster, looks forward to giving back to the program that her father played for from 1990-92.

Boykin comes from San Diego State, where she formally took charge of the Aztecs’ reports on opponents, communications with parents and former alumni, as well as contributing to the university’s summer camps.

Boykin began her career in 2017 as an assistant coach at Warren High School in Downey, where she helped the team reach the CIF Southern Section Championships. Boykin was also a head coach for West Coast Premier Basketball Club’s Premier Gold team, which competes in Nike’s Elite Youth Basketball League, in 2017-18.

Foster looks forward to bringing her mind and passion for the game together with Boykin to this year’s team.

“Sheila brings to our program a growth mindset, high energy, the ability to build great relationships, and valuable communication skills that will help to empower and serve our young women well,” Foster said in a statement released by CSUN Athletics.

She is also confident that Boykin’s experience from playing at Louisiana State University and overseas professionally will boost the team’s development and future athletes who are eager to compete at the next level.

“It is always my goal to surround our student-athletes with exceptional people.” Foster said in the statement. “I am very excited about the addition of Sheila to our program.”

Now it becomes a waiting game for the women’s basketball team and all of CSUN’s sports teams to see if new regulations to slow the spread of COVID-19 allow them to compete at all this next season.