Op-Ed: Artsakh is under attack before our eyes 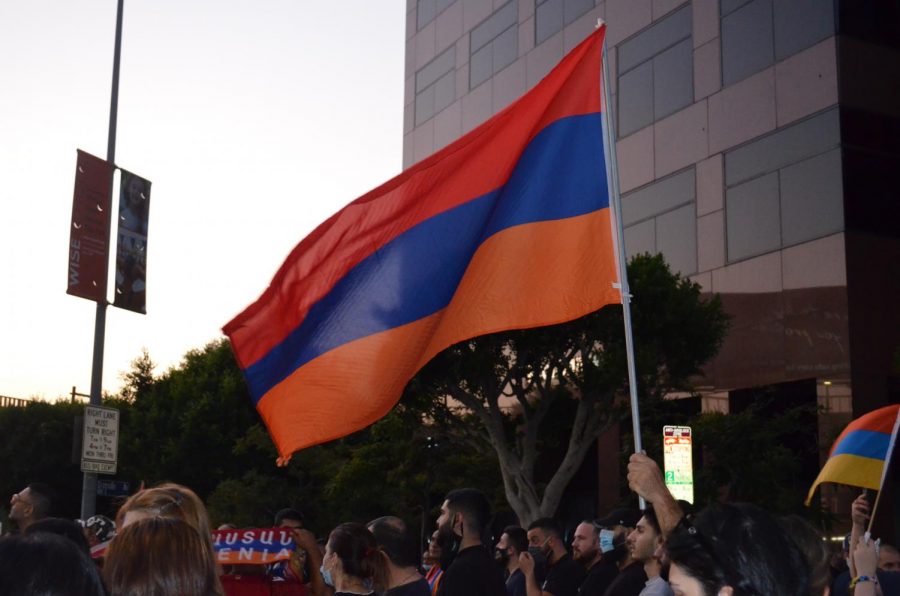 Once again, the world is looking away while atrocities and war take place in a faraway land.

More than 100 years ago, Turkey killed over 1.5 million Armenians while the world did nothing. Today, backed by the Turkish government, Azerbaijan is bombing Armenian churches and killing native Armenians in Nagorno-Karabakh.

For the third time throughout the last three decades, Azerbaijan is attacking the independent enclave of Nagorno-Karabakh, also known as Artsakh. Azerbaijan claims that Nagorno-Karabakh belongs to them, but historically, it is an Armenian enclave and has always been populated by ethnic Armenians. Initially, the Karabakh region was promised to the Armenians by the Bolsheviks. At the same time, the Soviet Union promised Karabakh to Azerbaijan. When the USSR began to collapse, the Nagorno-Karabakh issue re-emerged.

Azerbaijan launched airstrikes and artillery attacks along the Artsakh-Azerbaijan border on Sept. 27.

On Oct. 8, the largest city in Artsakh, Stepanakert, was bombed the entire night by Azerbaijani fire.

In total, more than 400 Armenians have been killed while defending Artsakh since Sept. 27.

Hundreds protest against Azerbaijan’s aggression toward Armenia and Artsakh

This enabled new offensive capabilities for Azerbaijan. Members of the House and Senate have called on the Trump Administration to stop aid to Azerbaijan.

What is happening is a coup. Turkey and Azerbaijan have called to wipe out Armenia, the first Christian nation on earth, in order to unite their countries together and establish a larger Turkic nation. Not only is this about territory, but it is also a religious attack.

As someone who was born in Armenia, this hits close to home for me because even though I have lived in California for the majority of my life, I still feel a strong bond to Armenia and the people.

Armenians living outside the homeland is known as the diaspora. Armenians in Artsakh are culturally bound to Armenia and the diaspora, which was created after the Armenian genocide of 1915.

This conflict for me, my family, as well as the Armenian community has brought to the forefront the memories of the Armenian genocide, the fear of losing our independence, and the reality of more bloodshed.

Armenian organizations support Armenia but in times of war and conflict, the efforts are elevated. In all the corners of the world where there are Armenian communities, they are all providing financial support and even sending their sons and daughters to Armenia to help in any way they can.

Some Armenians in Los Angeles have started donation pages to send supplies to the people in Artsakh. Some people I know have traveled from Los Angeles to Armenia to either help defend Artsakh or to help distribute food and blankets to the citizens of Armenia.

Artsakh is under attack. Donate to AremniaFund.org and alert congress about Azerbaijan’s attacks on Artsakh by visiting ANCA.org/Alert.