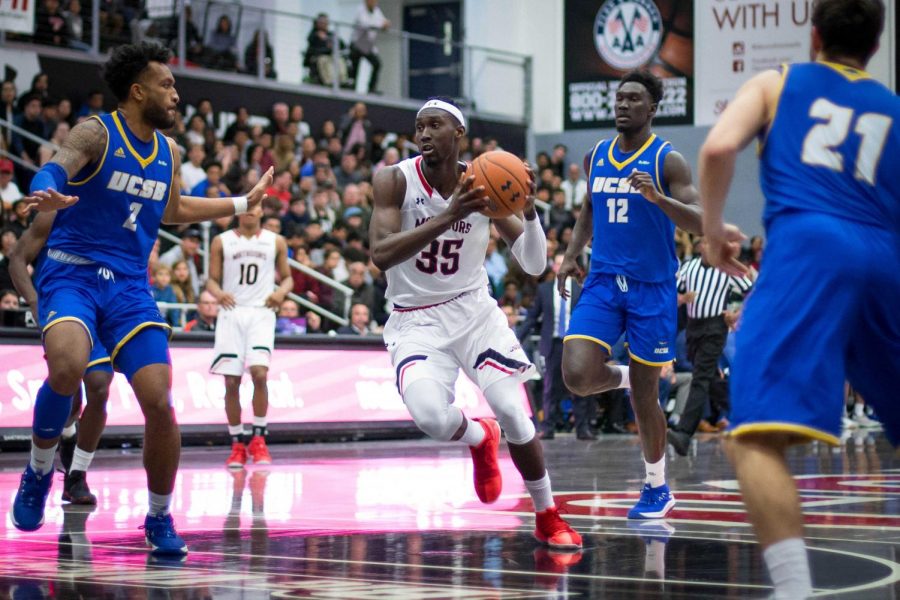 The Big West Conference released the schedules for the 2020-21 men’s and women’s basketball season on Wednesday. Conference play is set to begin on Dec. 27 and will conclude on March 6, with some modifications in an effort to reduce the spread of COVID-19. CSUN has yet to finalize their non-conference schedules, which is set to begin on Nov. 25.

The number of conference games has increased from 16 to 20 games last season due to the addition of UC San Diego and Cal State Bakersfield as member schools. All 20 games will be played over an 11-week period with a “bye week” included for all teams and will not be rescheduled if a team needs to quarantine.

According to assistant Big West commissioner Mike Villamor, tie-breaking procedures will be used if needed at the end of the regular season, although the specific procedures will not be announced until a later date.

Games will be played without fans as the season begins, though the conference has left the door open for a possible return of fans later on as the season progresses.

CSUN will open the Matadome on Dec. 27 and 28 when the women’s basketball team hosts Cal State Fullerton. Men’s basketball will play their home opener the following week against conference rival, UC Irvine. They will close the regular season against UC Riverside on March 5 and 6, with the men’s team hosting and the women’s team traveling.

The 2021 Big West Tournament is set to be played from March 10-13 at the Honda Center in Anaheim.