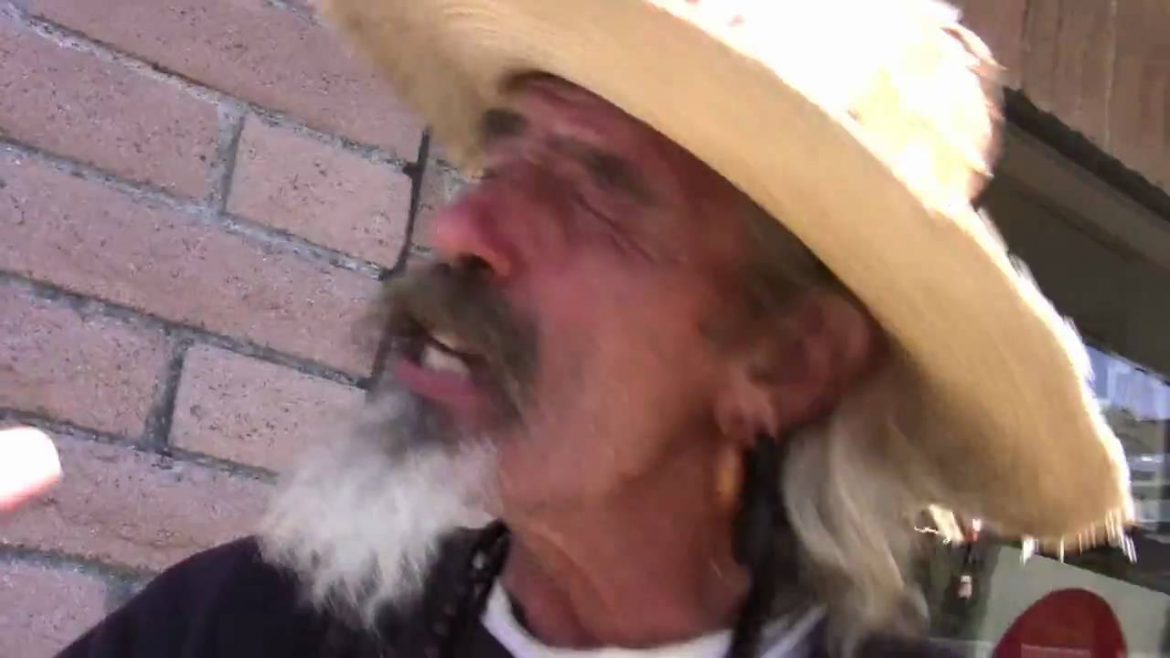 It was just one of those Friday nights.

With little else to do, CTVA majors Christian Mikkelson and Miles Dahl decided to ride their bikes on an April night. With no particular destination in mind, they found their carefree ride out of Northridge took them to North Hollywood.

“It was just one of those nights, just like an adventure,” said Dahl, 20. “We met this kid who led us up into the hills to this party in a mansion, just all these people we’d never met. We started talking to these people and having deep conversations and it was just a really good time.”

The two CSUN students were tired from the ride and decided to take the bus home. However, after missing the bus, the bicycle ride back sparked a conversation that was the birth of a trip that led to a summer full of stories.

It wasn’t long after this night that the students drafted a plan. It was as simple as they put it on their Web site: a summer separated from friends, family, the security of the indoors and the convenience of fossil fuel. With two bicycles, two sleeping bags and a video camera, the two would ride down the Pacific Coast documenting their travels along the way.

Their trip itinerary was to begin in Blaine, Wash., head through Oregon, riding the Pacific coast down to San Diego.

With a domain name for their Web site, Conquer the Land, which would later host personal blogs, short videos and links to their Facebook and Twitter pages, the two began to raise money and train for the trip.

“Once we started preparing we had this forward momentum. Half of me was thinking this wasn’t actually going to happen,” Dahl said. “The other half of me was like, even if it doesn’t happen, let’s start a Web site, let’s make some videos and let’s just have fun.”

The two were fortunate to get a bike shop, Cycle World, to sponsor them. The bikers featured them on their Web site, and in return they were given 50 percent off anything in the store. The two also held a party with family and friends who came and donated money.

To get ready for the arduous rides, Dahl and Mikkelson would ride their bikes every day. The longest ride before the actual trip was 50 miles.

“It was two months of preparation. Then we took a train up north and we biked 1,600 miles south,” Dahl said.

When reflecting on how family and friends reacted upon first hearing what they’d decided to do for their summer, Mikkelson, 21, said, “all our friends thought we were crazy” but that his mother’s support sealed the deal for him.

“When I told my mom I was expecting her to be really against it, but immediately she said, ‘go for it.’ From then on it was like, as long as I have her support, I’ll do it,” he said.

Sandi Mikkelson, Christian’s mother, said she was concerned for their safety such as where they would eat but saw the trip as a rite of passage.

“I was very excited,” she said. “I thought it was a noble thing to do.”

She added that she saw her son and Dahl as strong guys and that “they’d figure it out.”

High school friend Clay Newman, 21, supported the two in their trip by giving them a place to stay during their pit stop in San Francisco. However, when he first heard of their plans he was apprehensive.

“My first thought was that’s going to take about a year,” he said. ”I didn’t think they were going to do it when I first heard.”

But they did, and each pit stop allowed them the opportunity to meet people willing to share their stories.

“I think all of the most interesting interviews and people we met were definitely the kind of traveling vagabonds, the people who just live on the road,” Mikkelson said.

Mikkelson said these vagabonds oftentimes found themselves on campgrounds where they could camp for three or four dollars.

Dahl told the story of Bill, a vagabond they’d met in San Simeon near Hearst Castle. Bill, who suffers from seizures, lives off of the disability check he receives each month. With “Tankzilla,” a huge bike with buckets and antlers hanging off the back, he’s called the road home for seven years.

“He’s living only paying three bucks a night for rent essentially to stay at these camp sites. And he just lives off his bike,” Dahl said.

Not only were their documented travels based on the people they met, it was also framed by coastal scenery.

Dahl said of all the places they saw on their ride, Big Sur, just south of Monterey, Calif. was most memorable. Though they only planned to pass through the site, they ended up staying a couple of days.

“It was just this incredible view,” Dahl said. “You could see 60 miles down the coast in this mountain range and the waves are just crashing into the rocks the entire time. We met a lot of the locals too, and the locals there were very friendly.”

Even with the support of locals and friends, there were setbacks during their journey. But their biggest learning experience is that with very little, people can find a way around any problem.

Mikkelson shared that as they were leaving Eugene, Ore., Miles’ bikes backracks bolts came off. In order to continue their ride, they ended up taking rocks to stabilize the bolts and using duck tape to secure them. The MacGyver solution lasted two weeks and got them into California where the bike could be professionally fixed.

While Dahl and Mikkelson conquered the land, their family and friends back home found their Web site a major comfort as they’d check regularly to see updates on their trip. They also regularly updated their Twitter and Facebook pages.

“Every two or three days something was posted on the Internet,” Mikkelson said. “The real treat was getting one of their movies.”

After two months of traveling, June 17 to August 17, Dahl and Mikkelson returned home ready to start on a full-length documentary. Dahl said it will most likely focus on the people they met during their trip, as there were some downfalls to being both documented and documenters.

But the most important thing for them, they said, is that their outlook on life has changed.

“It’s a huge world,” Mikkelson said. “It seems small when you’re inside the town you grew up in or the place you work. It seems like the only things that matter are the things that take place in your life. But there’s so many people out there, so many places to see, so many things to do, and you just got to go out there and see it all and not keep the blinders on, ‘cause you won’t know what the world means or what life is about until you see it all.”

Reluctant to speak on behalf of his friends, Newman summed up their travels as he thought best.

“We are not really in a world with limitations. You can head out with a backpack on your back and there will be people who will help you along the way,” he said.

And with that, Dahl and Mikkelson considered Pacific coast conquered.